Boombox gets more Boom! - Electronic aids get more aids and, chrome is back... What's old is new again....

by Boris Mihailovic
in Harley, Harley News
A A
Share on FacebookShare on TwitterShare

As the motorcycling world awaits the advent of Harley’s much-anticipated foray into the Adventure segment with its Pan America, Milwaukee feels we can all wait a bit longer…like another month. And as we wait, we can amuse ourselves with the traditional line-up it’s offering its customers in 2021.

Probably the biggest news here is that the entire Touring range will now get the RDSR Safety Enhancements (cornering traction control and ABS, linked brakes, hill-hold, electronic slipper clutch, and tyre-pressure monitoring) as standard), which is quickly followed by the second-biggest news – chrome is back!

THE BIG END OF TOWN

The CVOs are loaded with top-shelf accessories and the now  traditional killer paint combos, which this year are aimed at displaying “contemporary colour pallets”, as well as utilising the torquey Milwaukee Eight 117-cubic-inch engine. So that’s pretty much the same as last year.

What’s new is Harley’s decision to turn its flagships into monuments of sound quality. To this end, it has partnered with Rockford Fosgate – an American company that specialises in vehicle audio systems.

So, you’ll be getting a four-channel 400-watt RMS amplifier and four 125-watt speakers, so that now, not only you, but everyone you ride past, can enjoy your terrifying Spotify playlist.

For 2021, the CVO Road Glide gets a 21-inch front and 18-inch rear wheel combo.  It is the only Harley touring model to offer a 21-inch laced front wheel. The instrument faces are also new, as is the LED console light, and the extended length saddlebags have been replaced by standard length saddlebags.

There will be no Low Rider, Deluxe, or FXDR 114 for 2021. The faithful will, however, be treated to a Street Bob 114, which Harley would very much like you to load with Screamin’ Eagle parts to further enhance its stated 10-odd per cent improvement in top gear when fanging from 100 to 130km/h.

It has also “refreshed” the venerable Fat Boy with…um, chrome. There is now chrome on the engine covers, the exhaust, the front-end, the rear-guard struts, the tank console, and the air cleaner cover. Everything old is new again.

The Screamin’ Eagle Stage III engine kits are also back for the Softails, and you can make your 107-cuber into a 119-cuber, or your 114-cuber into a 122-cuber. All of which can be done to your new Harley without pulling the engine out of the frame. 122 cubic-inches translates to a full two-litres for you metric types.

The remaining Softail offerings for 2021 are the Softail Standard, the Low Rider S, the Softail Slim, the Sport Glide, and the Heritage Classic, all of which remain unchanged.

BRING OUT THE SPECIAL BAGGERS

Milwaukee is offering three special baggers for 2021, all of which run on the touring chassis rather than the Softail chassis. They all boast the RDRS Safety Enhancements – such as linked brakes, ABS, traction control, an electronic slipper clutch, tyre pressure monitoring, and hill-hold.

The Street Glide Special you can have in either Chrome styling or Dark styling. If you choose Chrome, the following gets chucked into the vat – engine covers, the front-end, handlebars, exhaust, tanks console and a whole heap of other trimmings usually offered in black…or Dark, as it is called over there.

And for the first time, there’s a two-tone paint option, and LED Daymaker headlight, as well as new low profile engine guard, console and tank medallion.

Next up is the Road Glide Special, which offers the exact same Dark or Chrome options, engine guard, new console and tank medallion for 2021, as the Street Glide Special.

Finally, there’s the Road King Special. There are no Chrome or Dark options here. But you will get that unbiquitous low profile engine guard, the LED Daymaker headlight and the new tank medallion.

So that’s pretty much it from Milwaukee until it debuts its much-anticipated Pan America next month, and we all find out how serious it is in a segment thus far dominated by the Germans and Austrians. 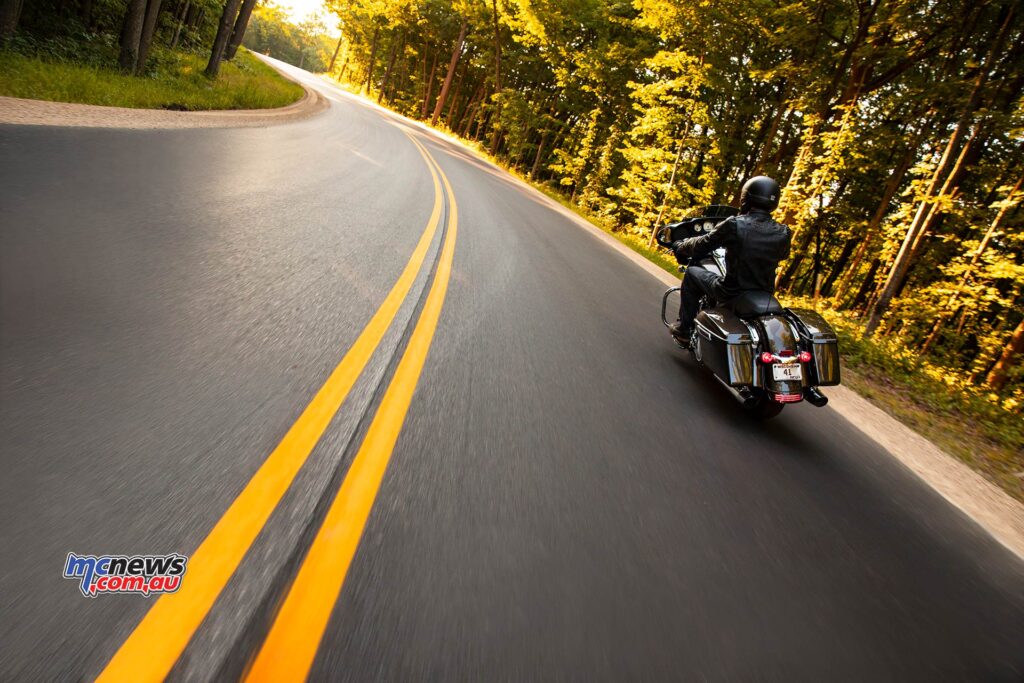 Sportster takes a massive leap forward in performance and price

Harley drops a few of the most affordable models from range