After reigning world champion Carlos Checa spectacularly crashed out of the lead on lap four, Biaggi had it all his own way and extended his cushion out to nearly 10 seconds before easing off in the last few laps. The 40-year-old has now won both WSBK and MotoGP races at the 4.445km circuit.

Biaggi also completed the full suite of accolades in race one, setting a new lap record (1:31.785) and the highest top speed – 325km/h.

Bryan Staring was the leading Aussie, making up eight spots from qualifying to finish a superb 10th on his privateer Kawasaki.

While Biaggi enjoyed clear air out in front, there were a number of battles behind him, including a fierce arm wrestle for second place between the BMW-backed Melandri and Frenchman Sylvain Guintoli on a Ducati.

Melandri eventually got the better of that one after a flurry of passing activity, flashing across the finish line 0.274 seconds in front of Guintoli.

Polesitter and early leader Tom Sykes was fourth on his Kawasaki, followed by Ducati’s Jakub Smrz and Italian Michel Fabrizio, who picked his way forward on the BMW after a slow start.

Briton Jonathan Rea was battling at the front early on, before slipping back to seventh after 22 laps, ahead of new Honda teammate Hiroshi Aoyama.

Suzuki’s Josh Brookes was the next best Australian in 16th, ahead of BMW pair Mark Aitchison and David Johnson in 18th and 19thy respectively.

Four riders failed to finish, including Checa, who was violently spat over the bars at turn 12, and Aprilia factory rider Eugene Laverty. Other than a few obligatory bumps and bruises, Checa was unhurt in the crash.

Australia’s Broc Parkes will compete in the World Supersport race (21 laps) at 1.30pm, racing from pole position in the number 23 Honda. 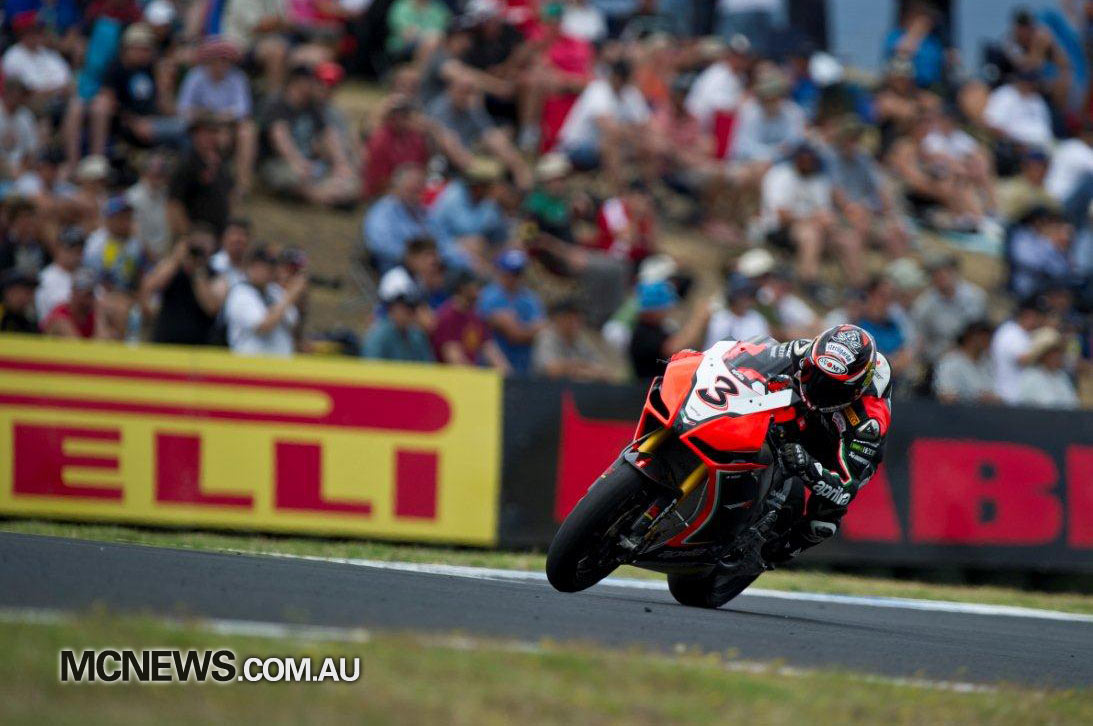 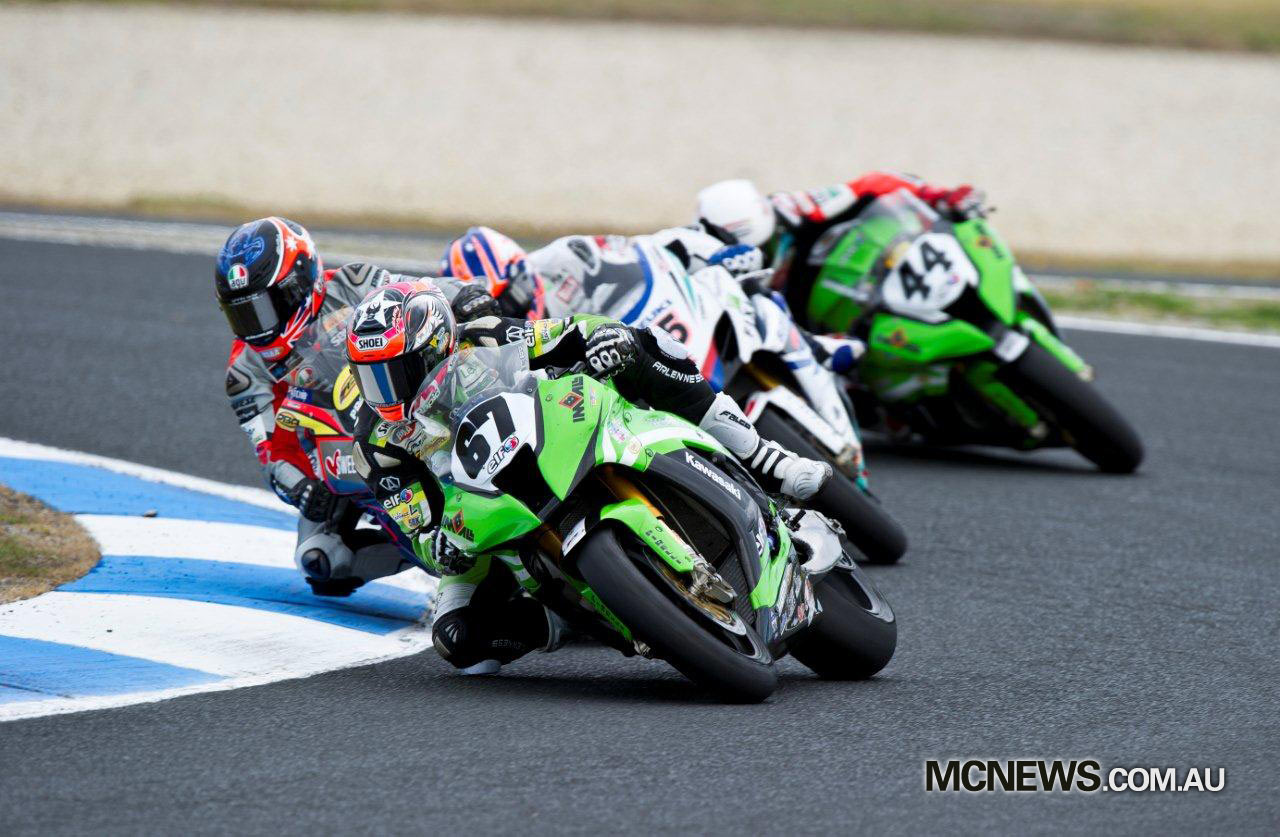