by Trev
in Motorcycle News, Motorcycle Racing, WSBK, Yamaha News
A A
Share on FacebookShare on TwitterShare

Yamaha Motor Europe presented its powerhouse of Road Racing challengers to the international media this week, during the prestigious Official Race Teams Press Conference event held at the headquarters of the Movistar Yamaha MotoGP team in Gerno di Lesmo, Italy.

Yamaha Motor Europe Road Racing Project Manager Andrea Dosoli was present to share the high expectations for the coming season and explain the evolution of the project for 2017. Returning British rider Alex Lowes and new teammate Michael van der Mark presented the Pata Yamaha Official WorldSBK Team’s 2017 YZF-R1 racing livery, with both riders enthused by the progress made so far in winter testing and looking forward to the season opener in Australia’s Phillip Island in less than a month’s time. 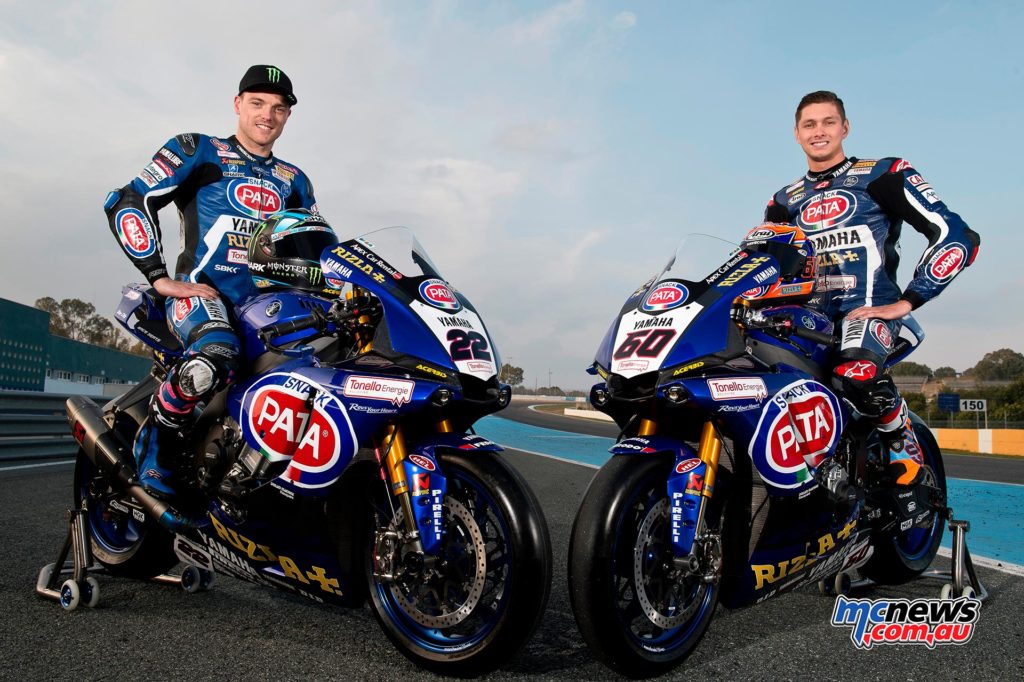 Providing an insight into the return of Yamaha to the FIM Supersport World Championship, Yamaha’s 2016 Endurance World Champion Lucas Mahias and his GRT Yamaha Official WorldSSP teammate Federico Caricasulo unveiled the new YZF-R6, with both riders and machine ready to be competitive from the start. GRT Yamaha also boasts ex-125 and 250 Grand Prix World Championship rider Mirko Giansanti as its Sporting and Technical Director, with Filippo Conti alongside as Team Manager. 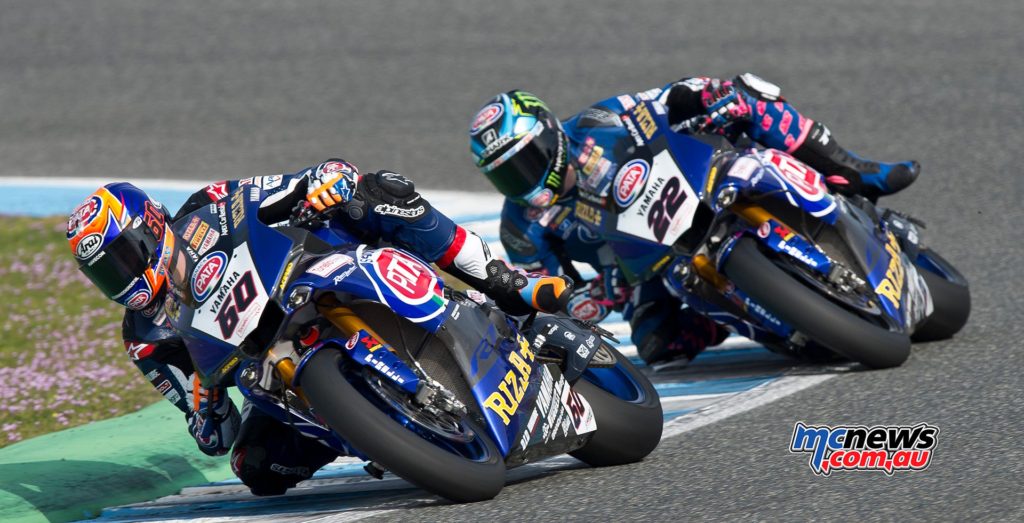 The Pata Yamaha Official STK1000 Team returns for 2017 ready to do battle with the YZF-R1M in the newly defined European Superstock 1000 Championship. Florian Marino returns for the second year having showed impressive pace from the start of 2016 – including pole position in the opening race before an accident in the second round cut his season short. Intensive training and rehabilitation now complete, the French rider is eager to get back to work with his Pata Yamaha Official STK1000 Team and confirm his skill, speed and talent alongside his new teammate, and 2015’s Superstock 1000 Cup runner up, Italian rider Roberto Tamburini.

2017 sees a new junior support class added to the WorldSBK line up, with a dominant showing from Yamaha for its debut year. Six young bLU cRU riders, Robert Schotman, Enzo De La Vega, Kimi Patova, Renzo Ferreira, Mykyta Kalinin and Alfonso Coppola, will compete in the new FIM Supersport 300 World Championship aboard the YZF-R3 with additional honours provided by Yamaha’s own ‘class within a class’ – the R3 bLU cRU Challenge. 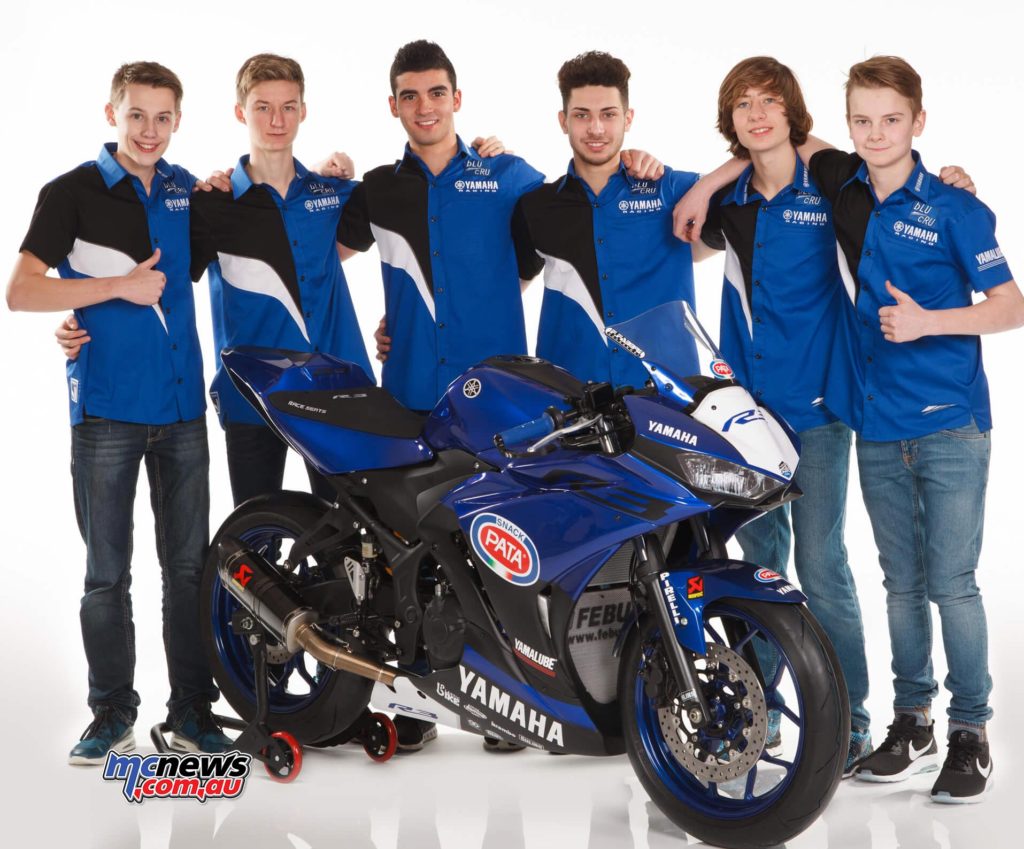 The 2017 Road Racing line up for the Endurance World Championship began with last year’s Vice Champions GMT94 Yamaha Official EWC Team. The already Double World Championship winning squad are out to add a third title to their impressive score after missing out by the narrowest of margins in 2016. Taking up that challenge is a strong three rider line-up that sees loyal GMT94 man David Checa joined by 2008 125cc world champion Mike di Meglio and Niccolò Canepa, the former FIM Superstock 1000 champion and MotoGP rider who joined the team for their spectacular photo finish win at the 12 hour round at Portimão last season.

Last but by no means least, the YART Yamaha Official EWC Team stepped up to complete the Yamaha Racing 2017 Official Team launch. The 2009 EWC World Champions ended 2016 sixth in the four round championship, the highlight being a magnificent fourth at the Suzuka 8 Hours, where they were the highest placed of the regular world endurance teams. For 2017 the squad has another dynamic squad with regulars Max Neukirchner and Broc Parkes being joined by talented Japanese Rider Kohta Nozane and German youngster Marvin Fritz.

As a test rider for Yamaha, Nozane’s participation reflects not just the competitive development of the YZF-R1, but also Yamaha’s commitment to the development and progression of talented young riders, preparing them for opportunities to participate in significant world championships.

For 2017 the YART Team switches to a new tyre manufacturer, beginning an exciting new adventure defined by a long-term cooperation with Bridgestone Tyres. The Japanese tyre manufacturer will become a Factory supported partner in cooperation with the Yamaha Factory Racing Motorsport Division in Japan and the YART Team. As OEM supplier for the YZF-R1M, Bridgestone is already ahead of the game and ready to fight for victory on-track with Yamaha in 2017.

“2017 is a very important season for Yamaha as we are involved across all the road racing classes, highlighting the strong commitment to motorsport and a strong commitment to the value of the sport. We are not only supporting the pinnacle, in Superbike, but always we keep in mind the dedication to growing the talent from the base and this year we will be present from 300 to 1000cc. 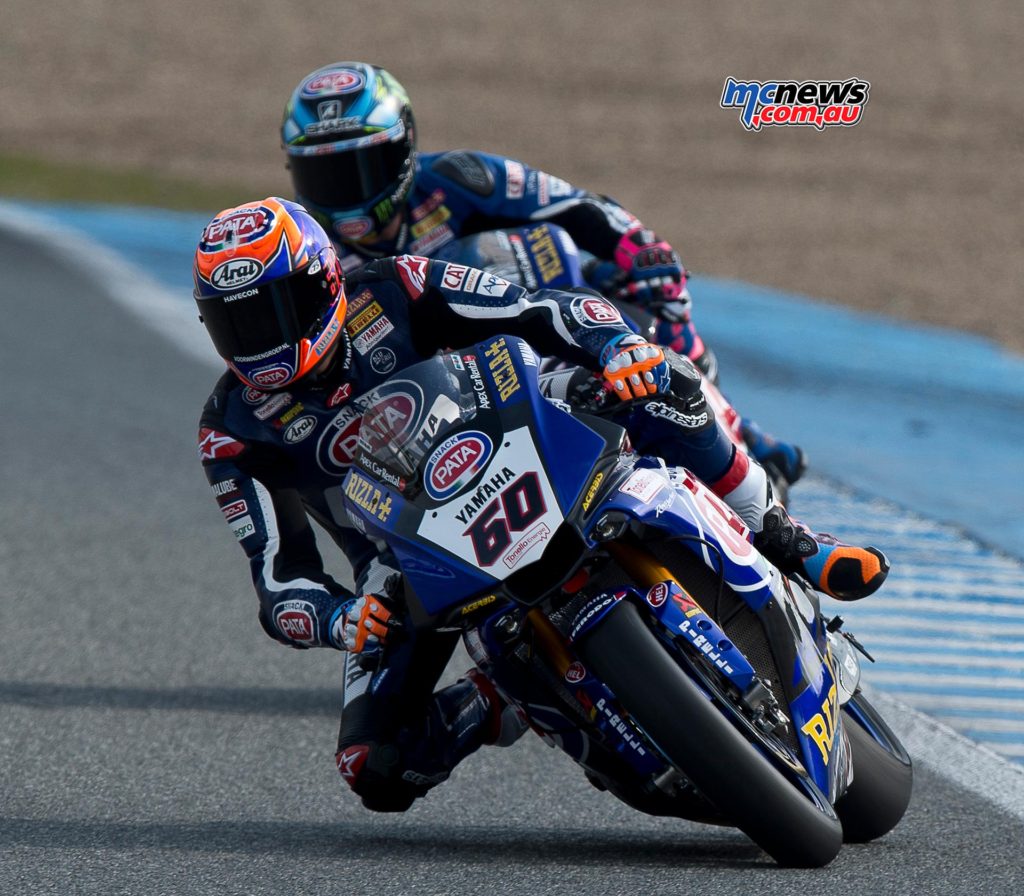 “Finally we launch the new season, and it has been nice to see all the teams and riders so committed for the challenge ahead knowing they can count on the full support from Yamaha Motor Europe and Yamaha Motor Japan. We will do our best in order to support from the technical point of view, from the human point of view and any other services we can provide, to allow them to become faster as riders but also to grow as professionals in their career. Yamaha believe in this talent from the roots to the top and they in turn are able to count on the competitive packages provided from the YZF-R3 to the YZF-R1. Thank you to everyone for attending and good luck for the season ahead.”