Zarco and Martin confirmed at Pramac Ducati for 2022

Johann Zarco and Jorge Martin will remain as the riders for the Pramac Racing Team for the 2022 season.

Pramac Racing has announced that the formation of the team will remain unchanged for the next MotoGP season. Johann Zarco, the 30-year-old from France, and Jorge Martín, 23 years old from Spain, will race for the team once again in 2022.

After the first six Grand Prix with three podiums, Zarco is second in the world standings.

Martín, a rookie in the highest tier, obtained a splendid third place at the second race in Qatar. He then fell victim to a bad crash at Portimao which has kept him out of all the Grand Prix up to this weekend. Both riders, who are directly under a contract with Ducati, will be able to use the Desmosedici GP 2022 next year.

“We are very satisfied to be able to continue on this “project” with Johann and Jorge, two boys with whom we get along very well and with whom we are reaching excellent results. Both Ducati and ourselves firmly believe in their abilities; we couldn’t be happier.”

“Johann and Jorge this year have inserted themselves very well in the Pramac Racing team. For this reason, together with Paolo Campinoti and Francesco Guidotti, we have decided to proceed with them into 2022. We will put at the disposition of both, the official bikes for next season as well. We are certain that they will provide us with many satisfactions.” 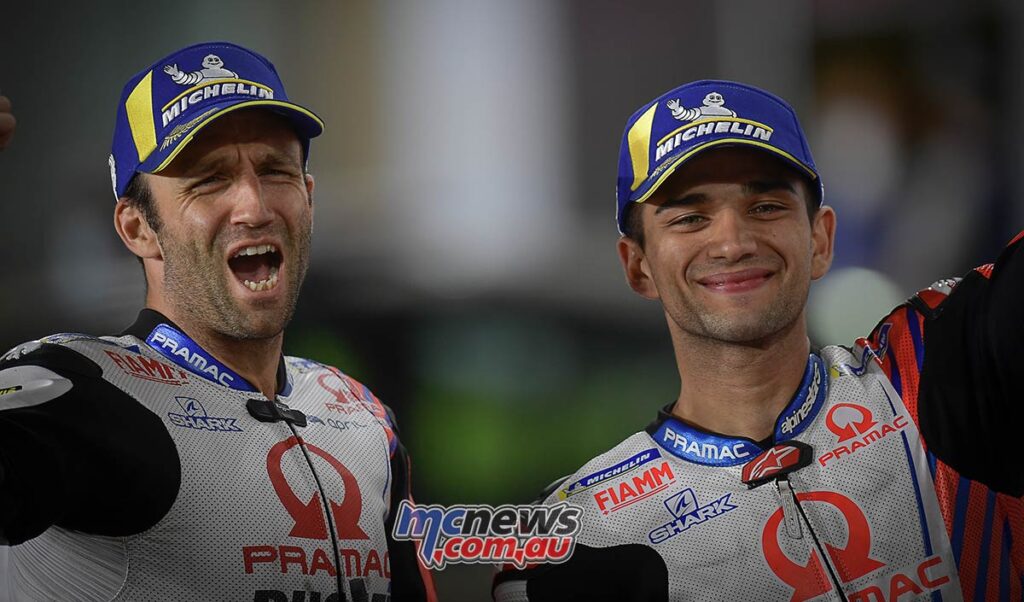