by Trev
in Harley News, Motorcycle News
A A
Share on FacebookShare on TwitterShare

Harley-Davidson riders from across Australia are set to embark on an epic journey across the outback, with a convoy of up to two-thousand motorcycles converging on Tamworth, New South Wales for the annual Harley Owners Group H.O.G Rally.

One of the most anticipated events of the riding calendar, Harley-Davidson enthusiasts from all corners of the country will cruise in unison to the heart of country, with Tamworth transformed into a one-off Iron Horse Muster from Saturday 28th February – Sunday 1st March 2015.

With all 50 of the enthusiast club’s chapters set to attend, the 24th H.O.G Australian National Rally is shaping up to be one of the biggest events of its sort in the country.

Just a stone’s throw away from the historic city’s famous Golden Guitar landmark, AELEC (Australian Equine and Livestock Events Centre) will play host to the 2015 event.

Headlining the opening night will be rock legends, The Screamin’ Eagles before a real-life rodeo and Country Spectacular entertains the crowds on Saturday afternoon.

Other festivities, including a full roster of live music, bike games, a bike show and tattoo competition, are also on the bill.

The event will again conclude with the celebrated Sunday Thunder Run, offering the chance for locals to be part of the action and come out in force to cheer on the procession.

“The chrome is being polished and the leathers primed; everyone is excited for the H.O.G Rally to be rumbling into Tamworth. The combination of traditional horse power, mixed with Harley-Davidson iron means it’s going to be a spectacle like no other,” commented Adam Wright, Director of Marketing for Harley-Davidson Australia and New Zealand.

“Any members of the public who have never seen the H.O.G Rally in action will be in for a treat. Imagine a country-themed roar of activity, with thousands of Harleys at the heart of it.

“Once again, the full schedule – including guided rides to explore the area’s great roads and rugged land – is sure to thrill and excite H.O.G members,” continued Wright.

The H.O.G Australian National Rally is open to H.O.G members only. Organisers of the event are encouraging locals not to miss the spectacular sight and hear the distinctive roar of the Sunday Thunder Run, as thousands of Harley-Davidson motorcycle riders roll through Tamworth’s town centre on the morning of the 1st March. 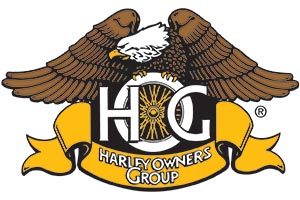