by Mark Willis
in KTM, KTM News, KTM Reviews, LAMS News, LAMS Reviews
A A
Share on FacebookShare on TwitterShare

You can find Part 1 with the track report of the 1290 Super Duke R at Sydney Motorsport Park here (link).

First up it was the Super Duke GT. Now after a full half day blasting around Sydney Motorsport Park on the Super Duke R, I was a little apprehensive about throwing a leg over a road going version and battling crazy Sydney traffic. Call me crazy but I still find pushing to 110 per cent at a race track far less intimidating that dealing with 80 per cent of car drivers on our roads!

We had a cruisy run west from SMSP along the M4 towards Penrith. I feel like my 5ft-10 frame is nearly the perfect size for the GT as it feels like it fits me a like a glove. It is nice to have a little bit of wind protection as we motor along the motorway at the 110km/h, and the screen on the GT is easy enough to adjust on the fly.

The GT is stable and feels quite a bit more planted than its agile angry brother “The Beast”. We exit the M4 and meander our way slowly through Emu plains and then south towards Wallacia. The shit-house roads gave us a chance to get a feeling for the suspension but traffic prohibited getting a feel for the bike at decent speed.

The semi active suspension allows you to quickly navigate through three different damping settings. Comfort, street and Sport. Each setting changing the damping to both front forks and rear shock.

This is easily changed from the control unit on the left handlebar. I found that the comfort setting on the crappy back roads we were riding on was my pick as it allows the bike to absorb the sharp bumps a little better.

The GT has lots of cool features, including a quick shift as standard, although only on the up shift. Hill Hold Control, which for anybody that is even remotely vertically challenged is a great feature when stopping on inclines, and is essentially an automatic park brake. Plus cruise control and automatic turn indicator reset, the last feature should be standard on all motorcycles in my opinion.

The engine is strong but so linear in its power delivery. It pulls from nothing allowing you to always leave the bike in a gear too high and just torque out of slow corners or to quickly overtake one of the thousand cars that were on the road this particular afternoon.

Although our road ride was short it was nice to experience the 1290 Super Duke GT on the open road. My only real quandary after riding the GT is comparing it to the 1290 Super Adventure S, which we tested here a couple of months back. I’m not sure which of these two motorcycles I would buy.

I think the Adventure S lends itself to a slightly more all round motorcycling experience, allowing for some dirt riding when needed. And lets face it, our roads in NSW may as well be dirt. They are definitely no race track!

Now its time to slow things down a little and step on to the little siblings in range, the RC 390 and 390 Duke. Its been a long time since I have ridden learner legal motorcycles. At the legal age of 16 years and nine months, I was cutting my teeth practicing my road race lines on the streets of Narrabri on uncle Steve’s Suzuki ER185.

What I would of given to be gifted with one of these beauties at that age! Now fast forward twenty something years and my level of excitement to ride under-powered motorcycles has probably diminished somewhat, but I was pleasantly surprised at just how much fun these bikes are.

We are off to Wollongong via the Royal National Park for some fun and I choose the RC 390 as my first choice. The first thing I notice when I climb aboard is my flexibility hasn’t increased over time. I feel a little cramped on the RC and although there is a screen the chances of me getting below it are quite minimal.

The engine is smooth and produces a good spread of power. KTM claim a whopping 44hp from the RC’s single-cylinder engine which is class leading in this now very competitive market. It has a slipper clutch as standard and this works well in back shifting using the rpm to help reduce speed.

Geometry feels quite steep in the front end and this would probably be nicer at a race track than on the road. It feels a little bit nervous in the front on bumpy corners. Brakes are supplied by Bybre and the four piston caliper and 320mm rotor have no trouble in stopping the 147kg machine.

We stop for lunch and then its time to change bikes and head back for HQ.

It only took me about 10km on the 390 Duke to realize this was my pick. This bike is just so much fun to ride. It has a great TFT display and the seating position is more relaxed than on the RC 390. I instantly felt more comfortable on the Duke.

We ride back out of the Royal National Park towards Helensburgh and I am blown away at how confidence inspiring the 390 Duke is to ride. The front fork angle feels slightly more relaxed but this allows for more feeling for the rider.

It wasn’t long and we were pushing pretty hard through the tight twisty section, and while the suspension is a little on the soft side when you start having a crack, it gives you a good feeling for what the bike is doing.

Engine and brakes as expected feel very similar to the RC. I didn’t think that riding a road bike with 40hp could be so much fun. I am grinning like a Cheshire cat under my helmet and would have been quite happy to go and find some more twisty roads to have fun on.

Maybe it was reliving my youth that brought me that unmistakable enjoyment that only motorcycles seem to be able to provide, but this was an experience that I wasn’t expecting.

I won’t lie, at the start of the day the thought of spending all day on 40hp little bikes was not really exciting me, but this bike certainly changed that!

Now I don’t have that much experience in the learner bike segment and I have nothing that I can personally directly compare this to but it would take one hell of a motorcycle to pull me away from waiting to put one of these in my shed as a learner rider. 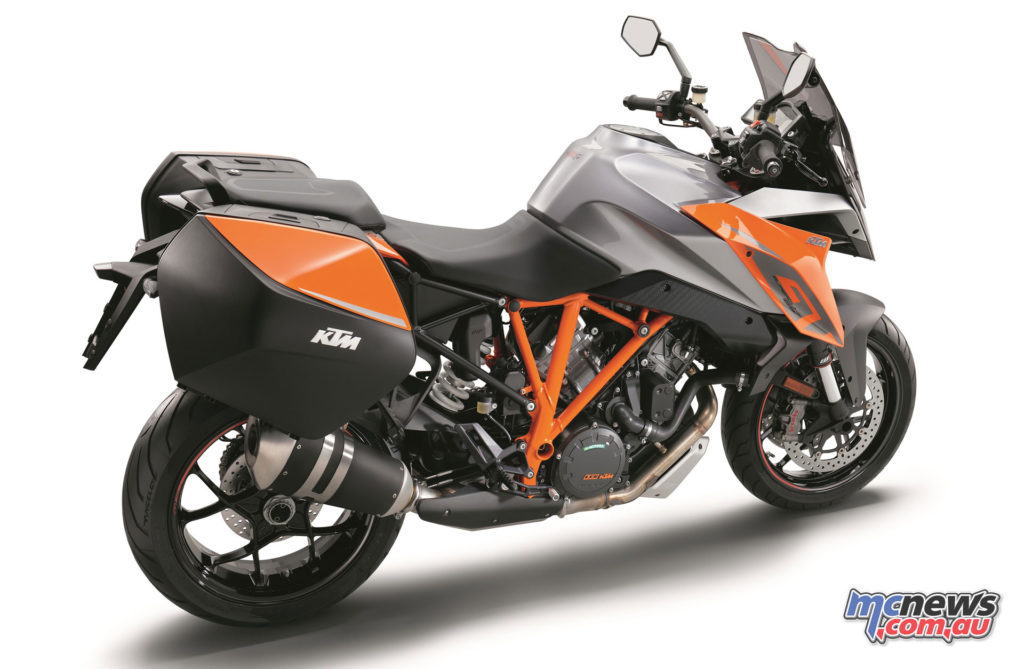 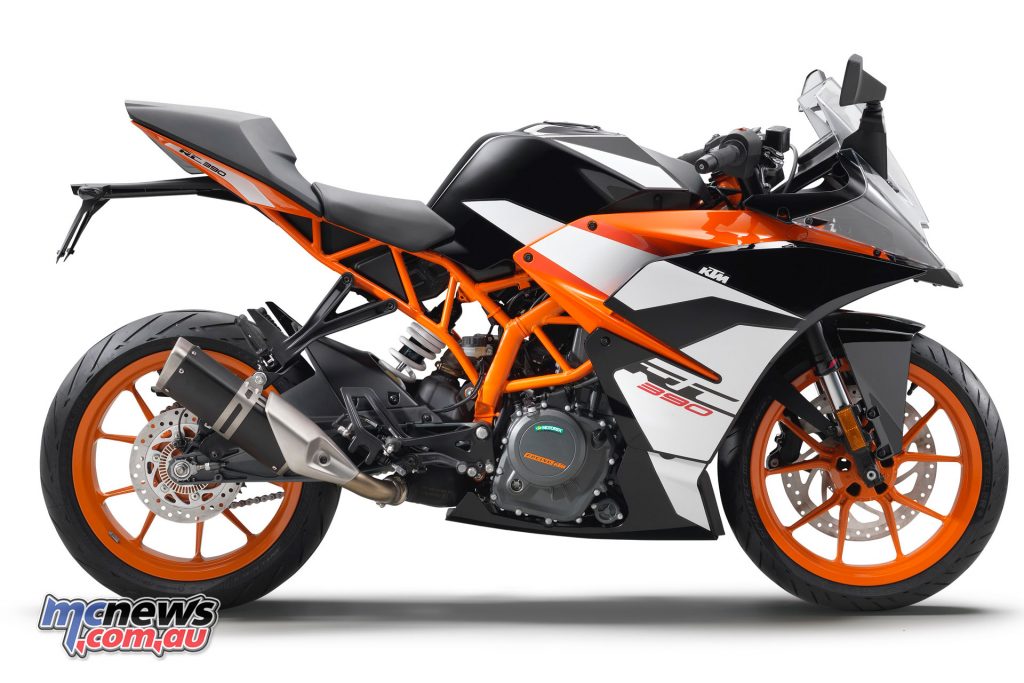 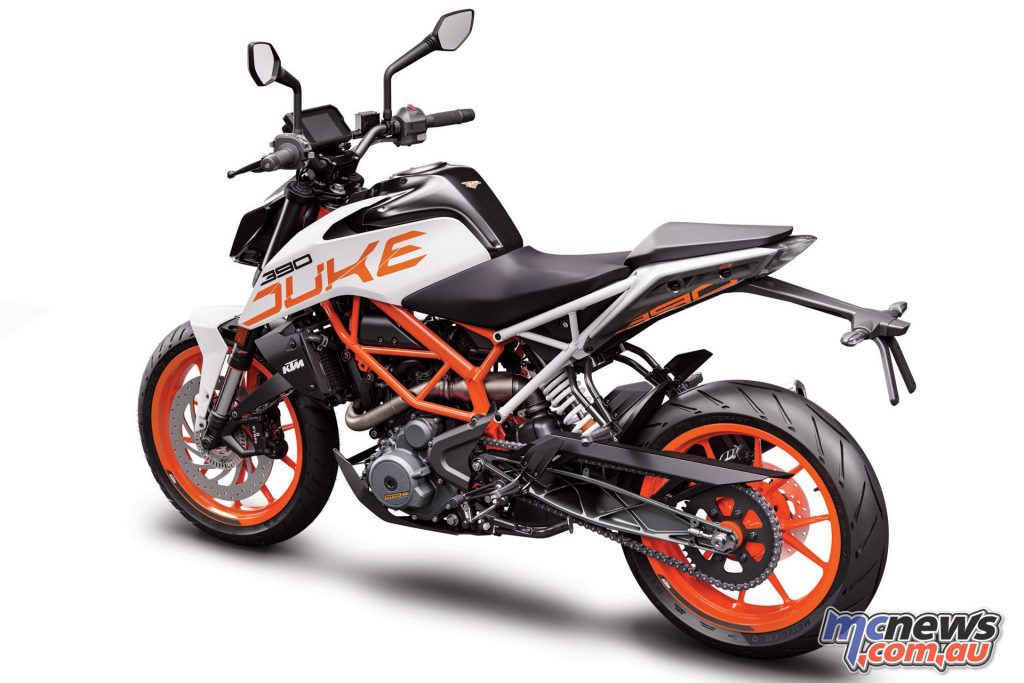 KTM inject the two-stroke motocrossers for 2023