Gagne joined the team for the first time last July, when he made his World Superbike debut at Laguna Seca. After a strong showing in front of his home crowd, he was recruited by Honda and the team for two more rounds, firstly at Magny-Cours and then at the Losail International Circuit for the season finale.

Jake constantly improved his performance and feeling with the WorldSBK-spec Fireblade machine as he claimed best results of twelfth on three separate occasions.

The 24-year-old from San Diego, California, will reunite with the squad to take on his maiden full season in the series on board the Honda CBR1000RR Fireblade SP2.

“It’s really a dream come true to have the chance to contest a full World Superbike season with the Red Bull Honda World Superbike Team. I cannot thank Red Bull, Honda and Ten Kate enough for the opportunity to race the Honda CBR1000RR Fireblade SP2 over three rounds this year. I have learned so much from them and I got to know them quite well, so I’m looking forward to getting going again. 2018 will be an exciting year for me, with a lot of travelling and racing on some of the best race tracks in the world. I want to thank again everyone involved for this incredible opportunity, and I feel I’m ready for the challenge ahead!”

Leon Camier tries the Red Bull Fireblade out at Jerez

2009 British Superbike Champion Leon Camier had signed for the team some time ago and recently tested the machine at Jerez. The 31-year-old Briton finished with a best of 1m39.333 after putting in 217 laps around the 4.42km Spanish circuit.

Camier also spent some time evaluating some new items being developed for the 2018 season, which included a new swingarm and a differently reinforced chassis, and both positively welcomed by the new rider.

The team has now returned to its headquarters in the Netherlands for what will be a busy winter before they return to the track on January 23-24 – once the testing ban draws to a close – for a two-day private test which will again take place at Jerez.

“I’m really, really happy with this three-day test. I managed to get up to speed quite quickly, and yesterday I was able to set decent lap-times on race tyres. Today it was more about understanding how the bike reacts to different changes – what works for me and what doesn’t. By the end of the day we had just about figured out how the bike needs to be set up, and we also tried some new components. Overall I think we found a really good base from which to develop, but obviously we need to see how it will work on different tracks and over race distances. But it’s been a great start, nonetheless, and I’m delighted.”

While the Red Bull Honda World Superbike squad will continue to field two riders there will be another Fireblade mount rider present on the 2018 WorldSBK grid with the Triple M Racing squad fielding American rider PJ Jacobsen in a satellite operation.

Triple M Racing has been a constant presence within the World Superbike paddock since 2013 by racing in the Superstock 1000 category. As a natural step in the continuing growing effort and investment within motorcycle racing through the years, team owner Matthias Moser has decided to take the team up to the main class of production-based motorcycle racing and to do so with Honda, the world’s leading motorcycle manufacturer.

“I’m very excited to be making my World Superbike debut with TripleM Honda WSBK Team. It’s a great opportunity for me to be finally racing in this class and I want to thank the team and Honda for making this possible. Both the team and I will be rookies in the WorldSBK championship so there’ll surely be a lot to learn, but it’s a challenge that stimulates me and I can’t wait to get started. I enjoyed racing the Fireblade in the EWC two years ago and I love riding 1000cc bikes, so I’m looking forward to trying the new Honda CBR1000RR Fireblade SP2.”

The 2018 season starts on February 25th at Australia’s Phillip Island Circuit, with the finale scheduled on October 27th under the floodlights of the Losail International Circuit in Qatar.

DISCUSS ARTICLE IN OUR FORUM 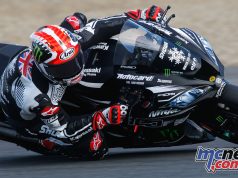 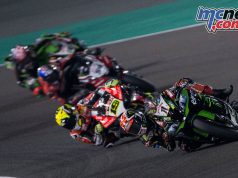