With one of the hottest summers on record sweeping across Australia it was no doubt that the opening rounds of the AORC were going to be a dry affair. A late venue change from the forgiving location of Miva, near Gympie meant an alternative needed to be found. 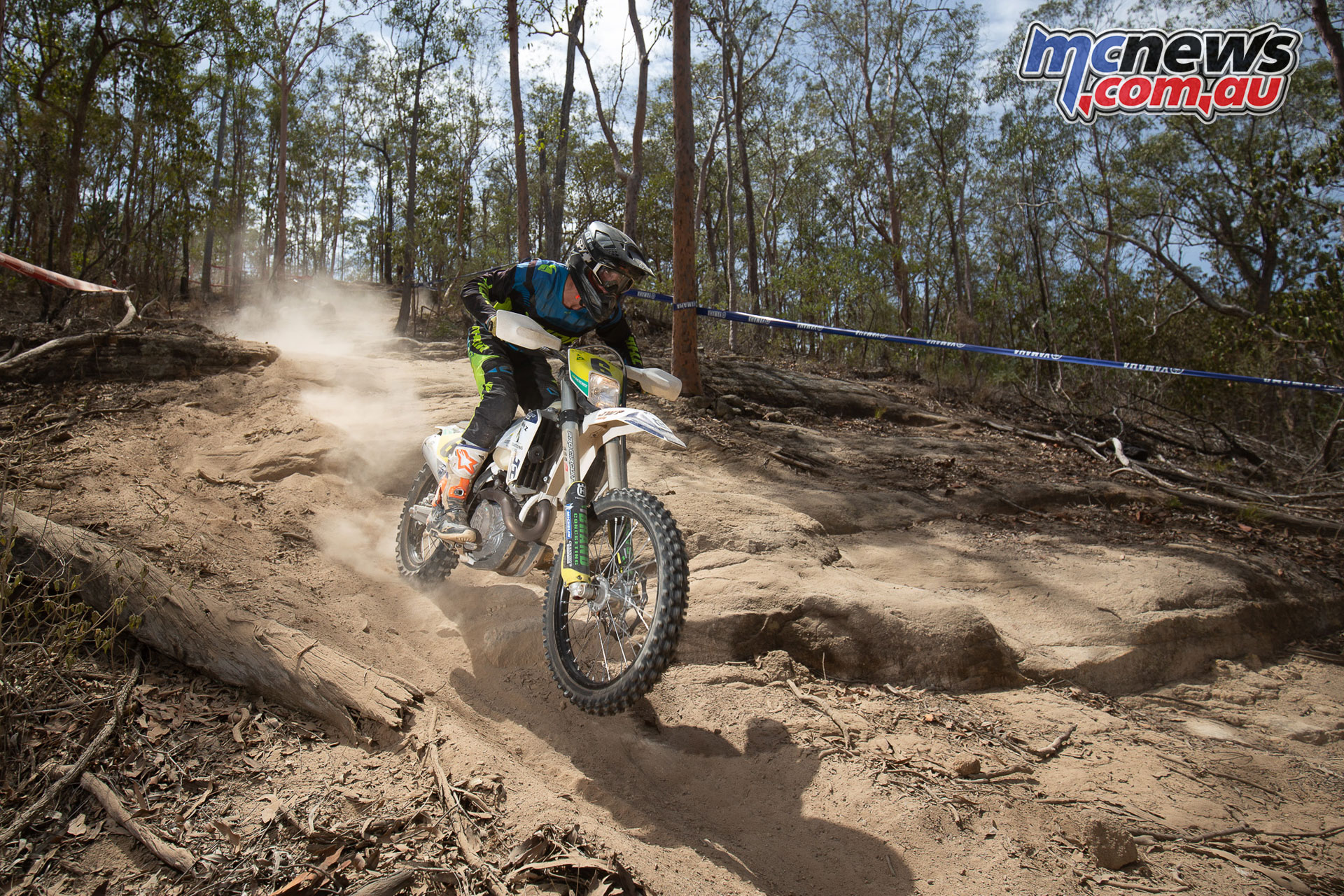 Enter stage left – Toowoomba Motorcycle Club. With a purpose built facility at Murphy’s Creek just north of Toowoomba it breathed new life into the national series as it stumbled to get a start in 2019. 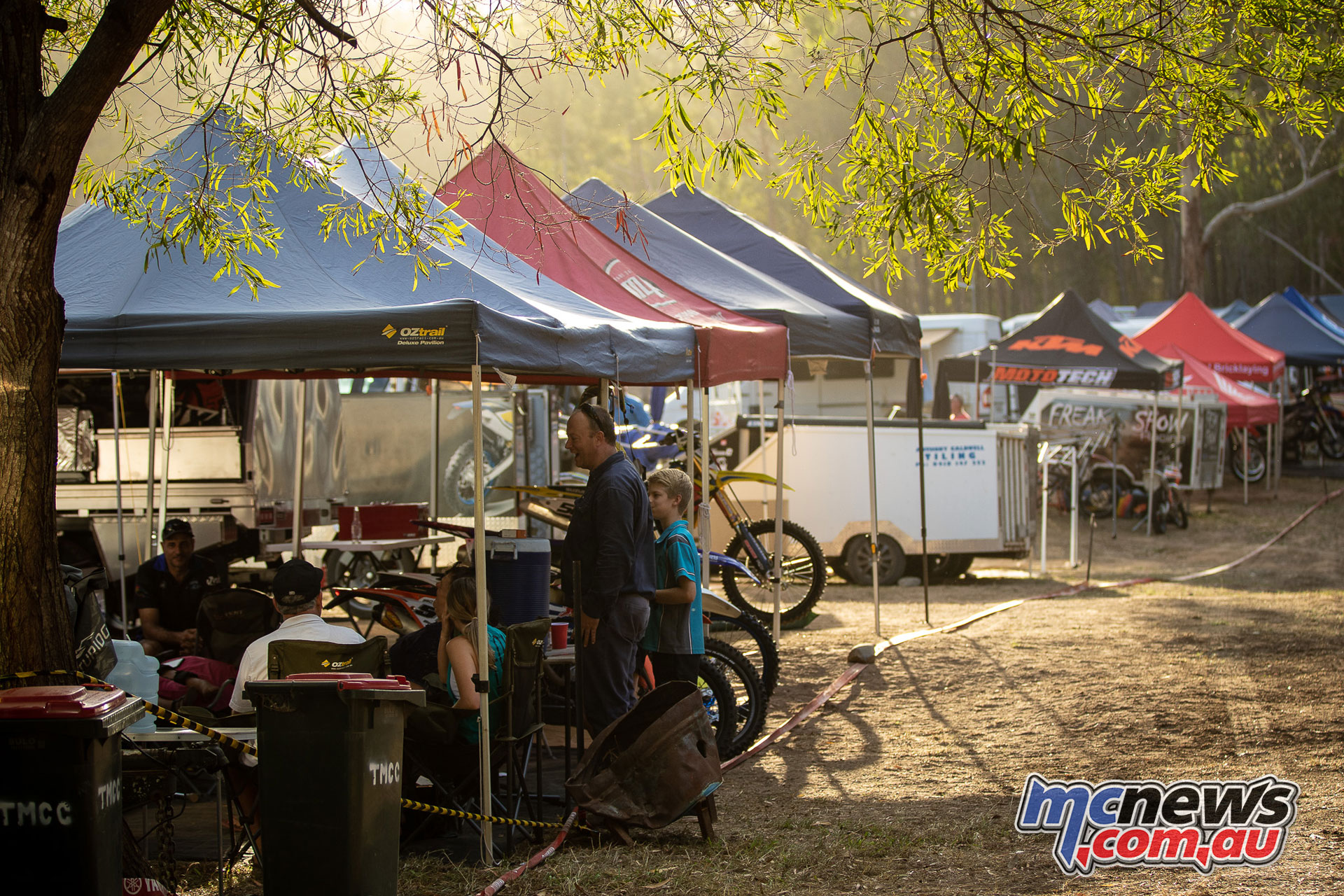 After what seems like a thousand years since we’ve been treated to a wet (or even slightly damp) race venue, the hot topic upon arrival was how the steep, hilly country would stand up to the brutal punishment dished out by around 250 riders considering the dry conditions. 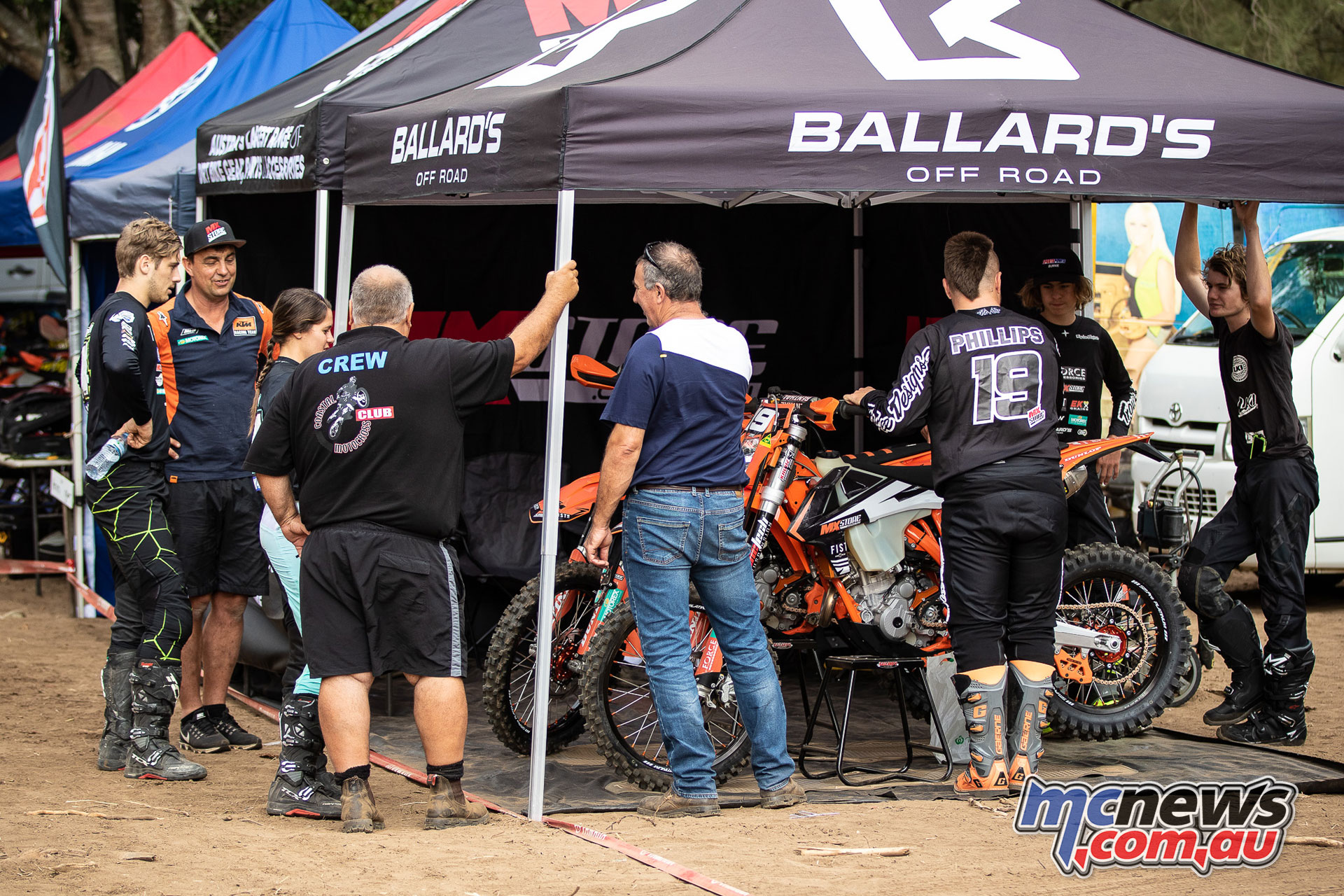 Early on the Saturday morning it was clear that air filters were going to earn their keep this weekend. The parade lap was an exercise in riding by feel, as in many cases there was little reference to go off. 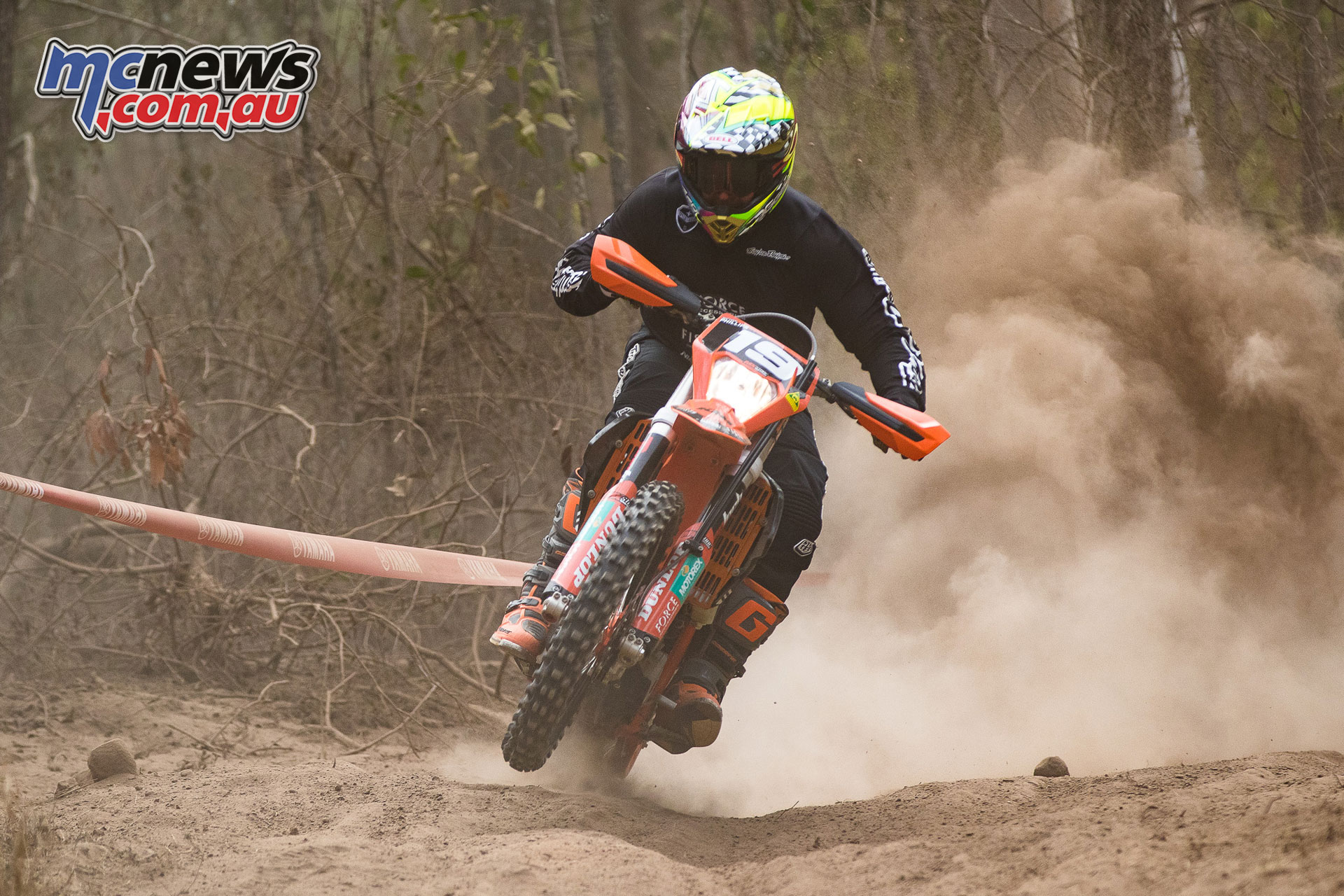 With no breeze to shift the wind most of the track turned into a foggy, asphyxiating haze. Thankfully the gaps between riders once racing started were enough to support a level of safety deemed fair by all involved. 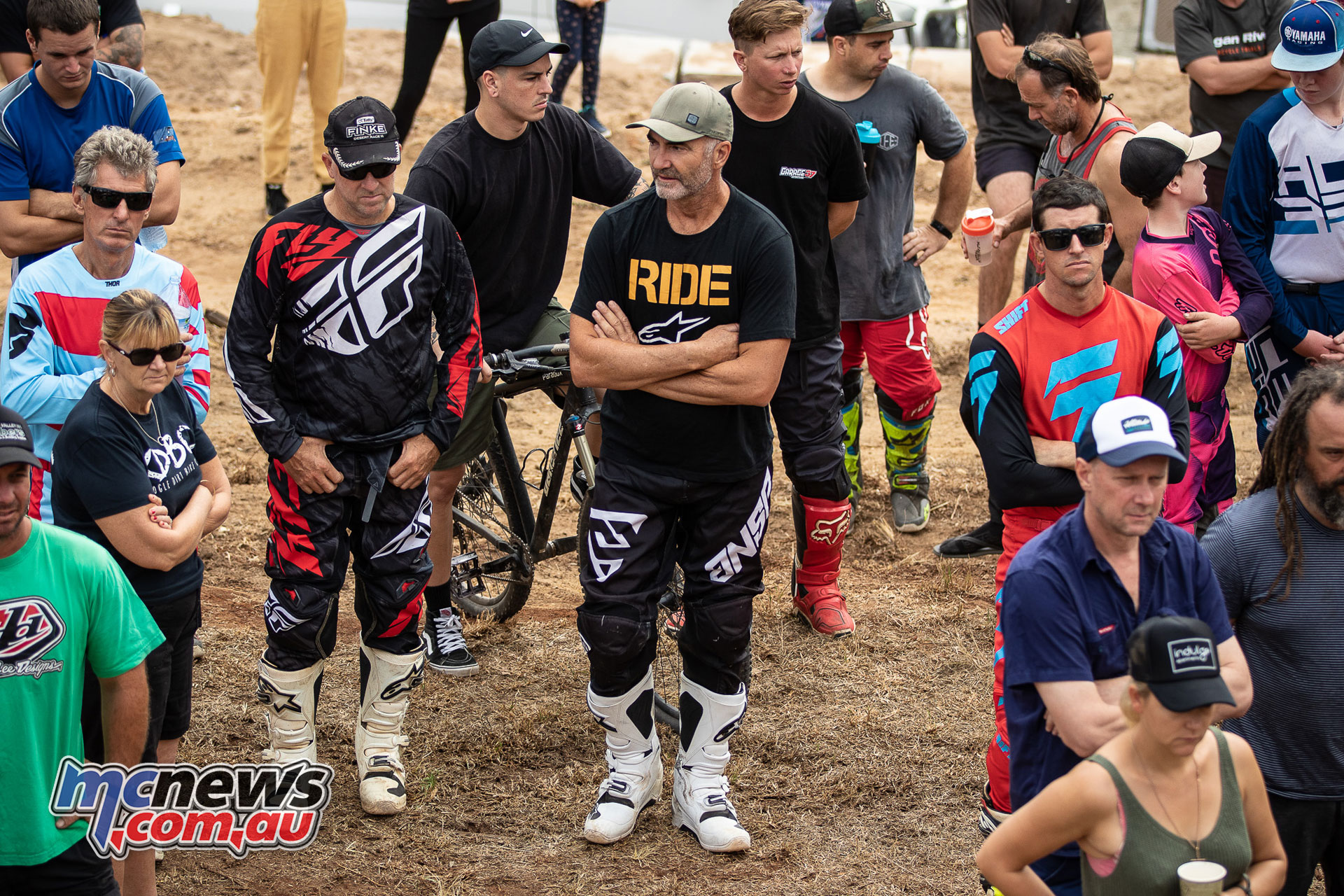 As far as riders went, not much changed in the off-season. Michael Driscoll was added to the team roster at the ThreeSix Motorsports Offroad team of AJ Roberts’ with the loss of Lachie Stanford from the Husqvarna team being the only major changes over the break. 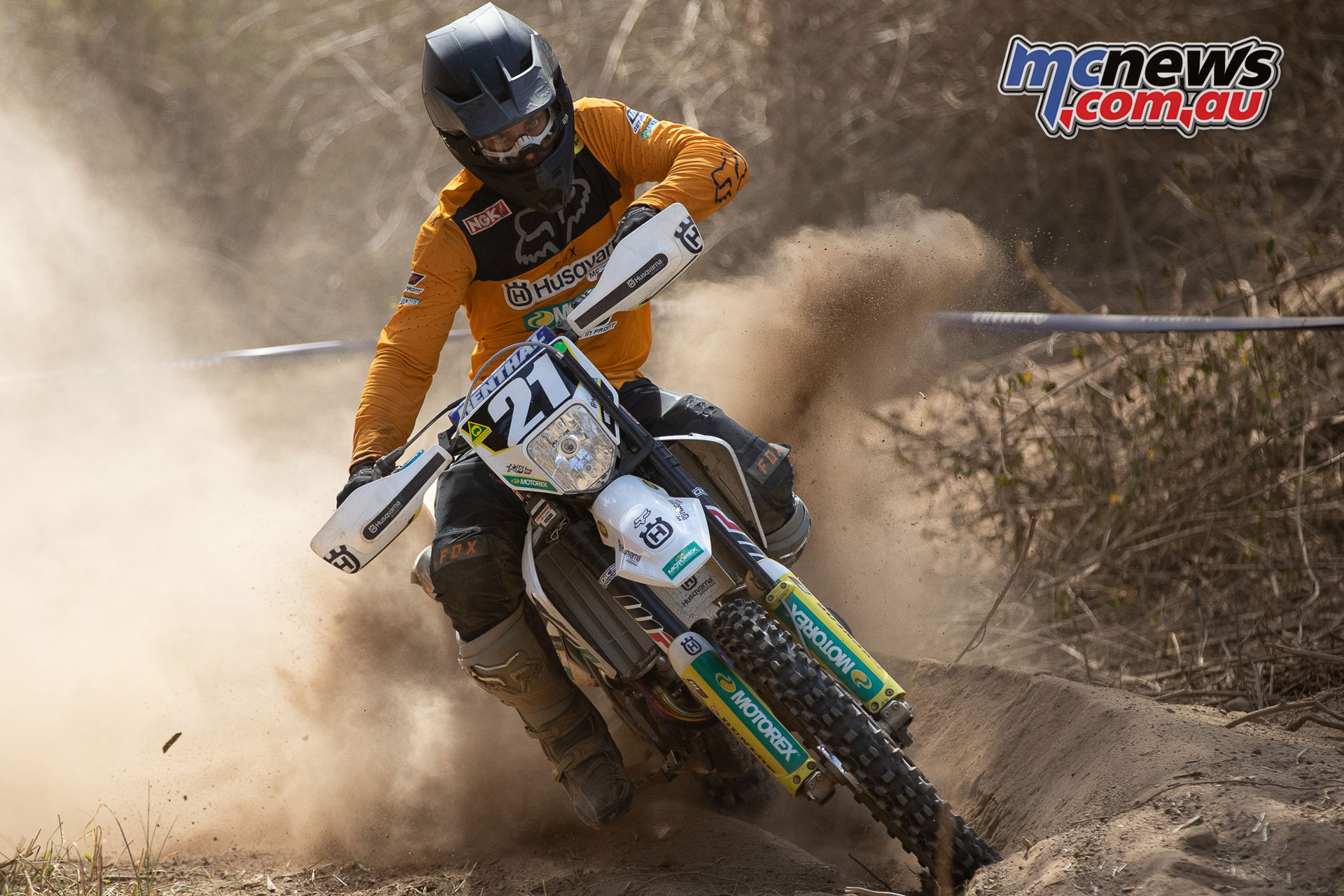 Matty Phillips and Beau Ralston made long awaited returns to the field however. Matty in a mentoring role for the up and coming Kyron Bacon, both being KTM mounted and Ralston running his own show backed by Schwarz Excavation on a Husqvarna in the E3 class. 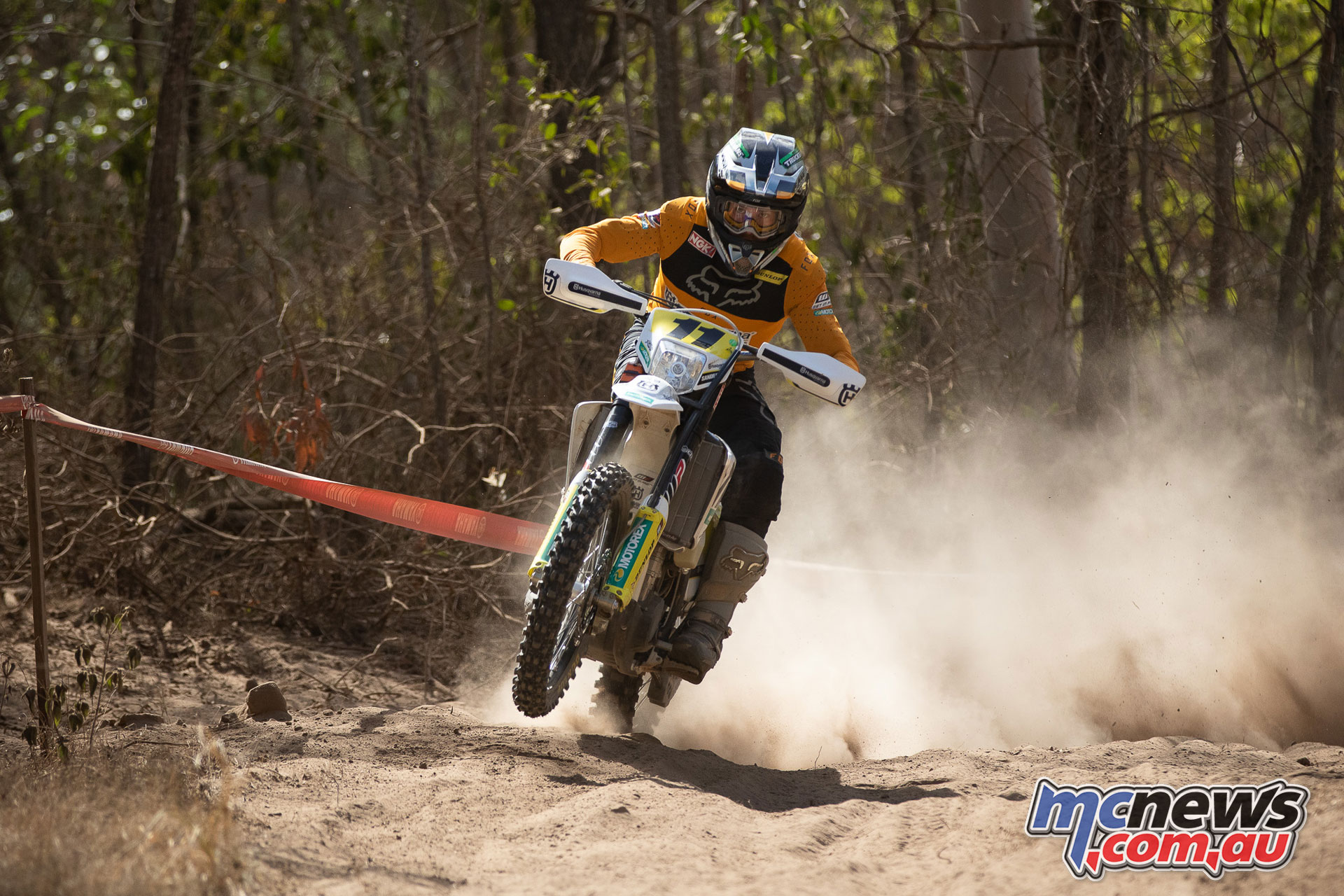 It was evident that the break had done nothing to dull the competition between the two fastest riders in the country in Daniel Milner and Daniel Sanders with only fractions of a second separating them over tests during the entire day.

Milner was king of the E2 class with Sanders showing ominous form in E3. It’s clear to see that both riders are committed to conquering others in their respective classes but the thrill of beating each other still reigns supreme. 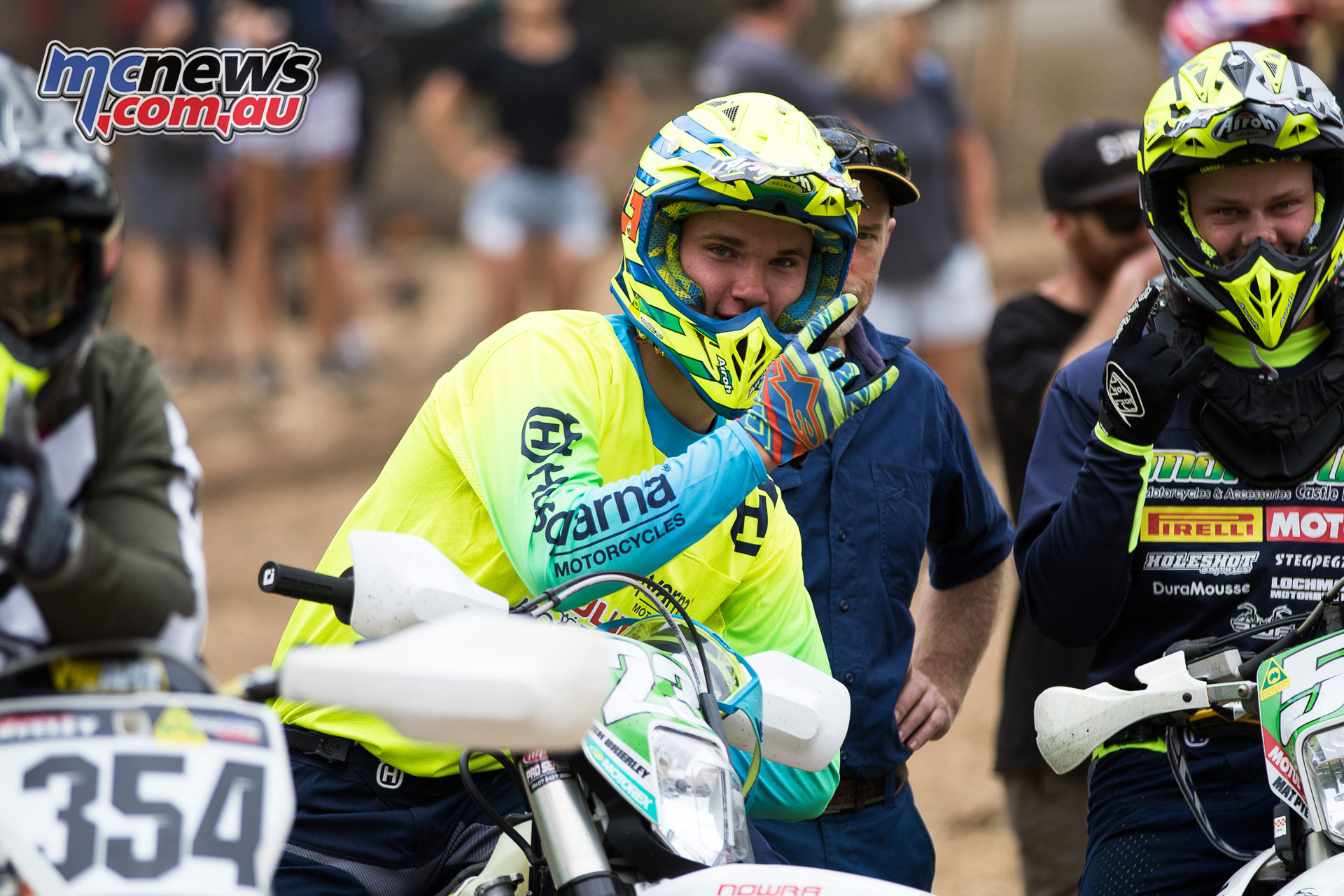 The Women’s competition again showed strong promise with the likes of Yamaha mounted Jess Gardiner battling it out with Emelie Karlsson for the top step of the podium with Danielle Foot on a Sherco and Emma Milesevic making up the minor placings. True to her recent form, Jess came away victorious both days in the horrid conditions. 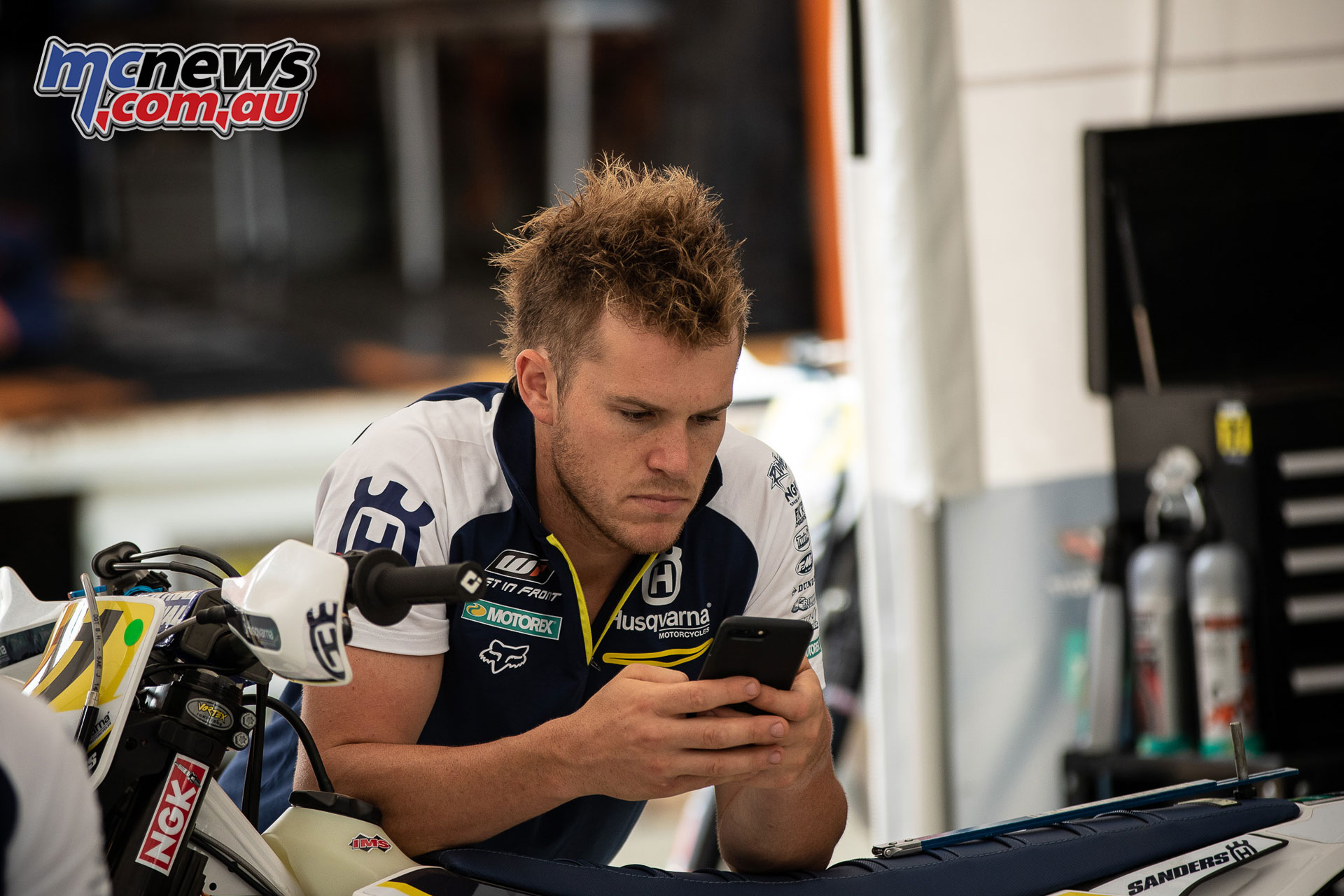 On Saturday the tracks deteriorated quickly. Not only for the pros but also the Women’s, Vets and Juniors to the point where they became almost unrideable with some sections ending as a half-metre deep rut filled with powder. 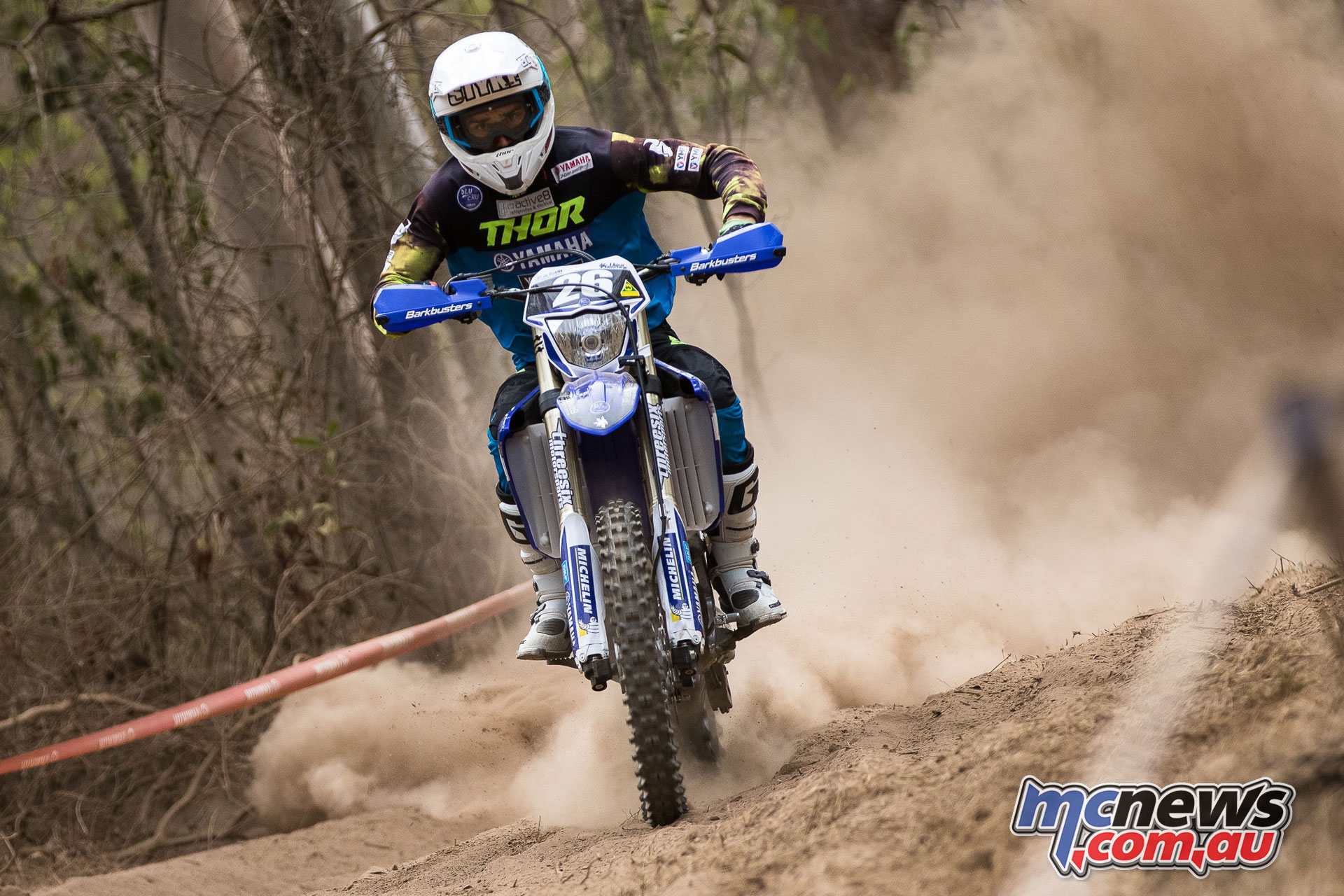 At the conclusion of racing, most riders ventured out to walk tracks they would ride the following day for Round 2. After some suggestions were made regarding track changes, some of the pro track was realigned in the interest of safety. 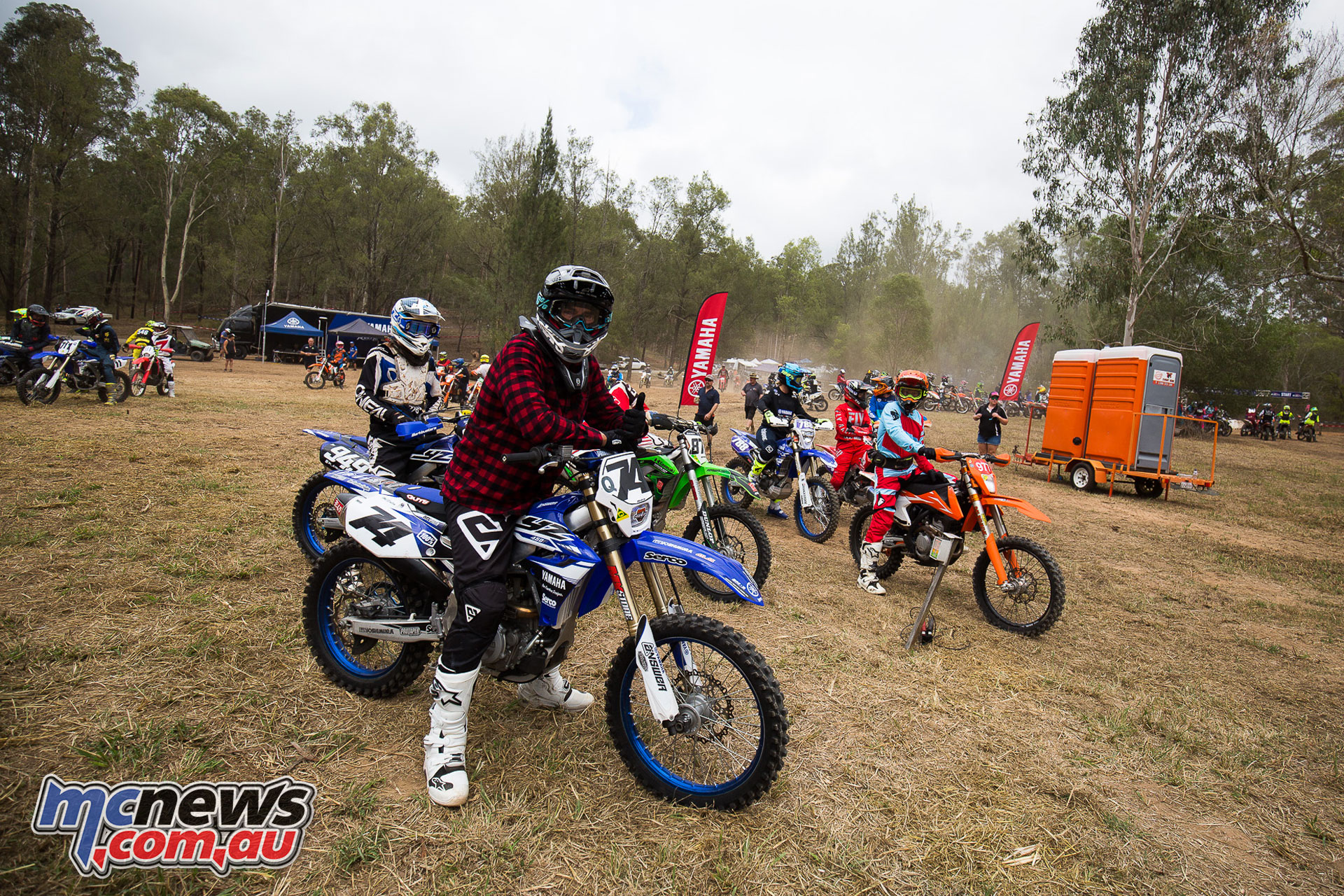 Sunday morning saw the heat return to further dry out the surface (if that was possible) with the temperatures soaring to around 38 degrees during the hot part of the day. As racing got underway it was clear the track wasn’t going to last.

As each lap wore on the surface became more treacherous and after three laps a group of riders brought their concerns to the course officials who in turn, after some deliberation, agreed it was unsafe to continue. It was a shame for the Toowoomba club that the racing ended prematurely but it was entirely out of their control. 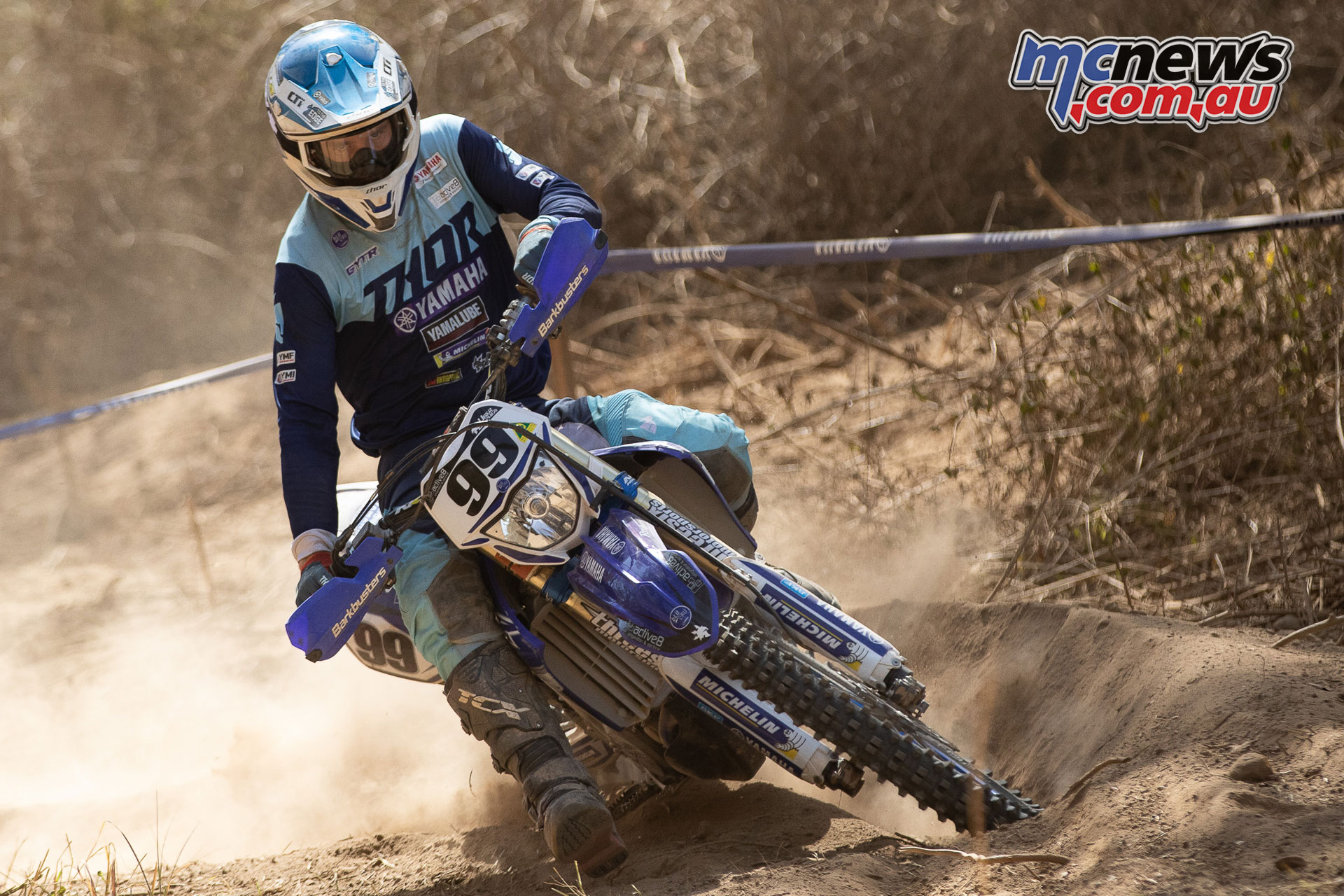 Considering they only had around 6 weeks notice to facilitate a national event, the fact it even went ahead was a credit to the club and all involved. Despite the amount of speed carried by the top riders, it was in the end the weather that won the day. 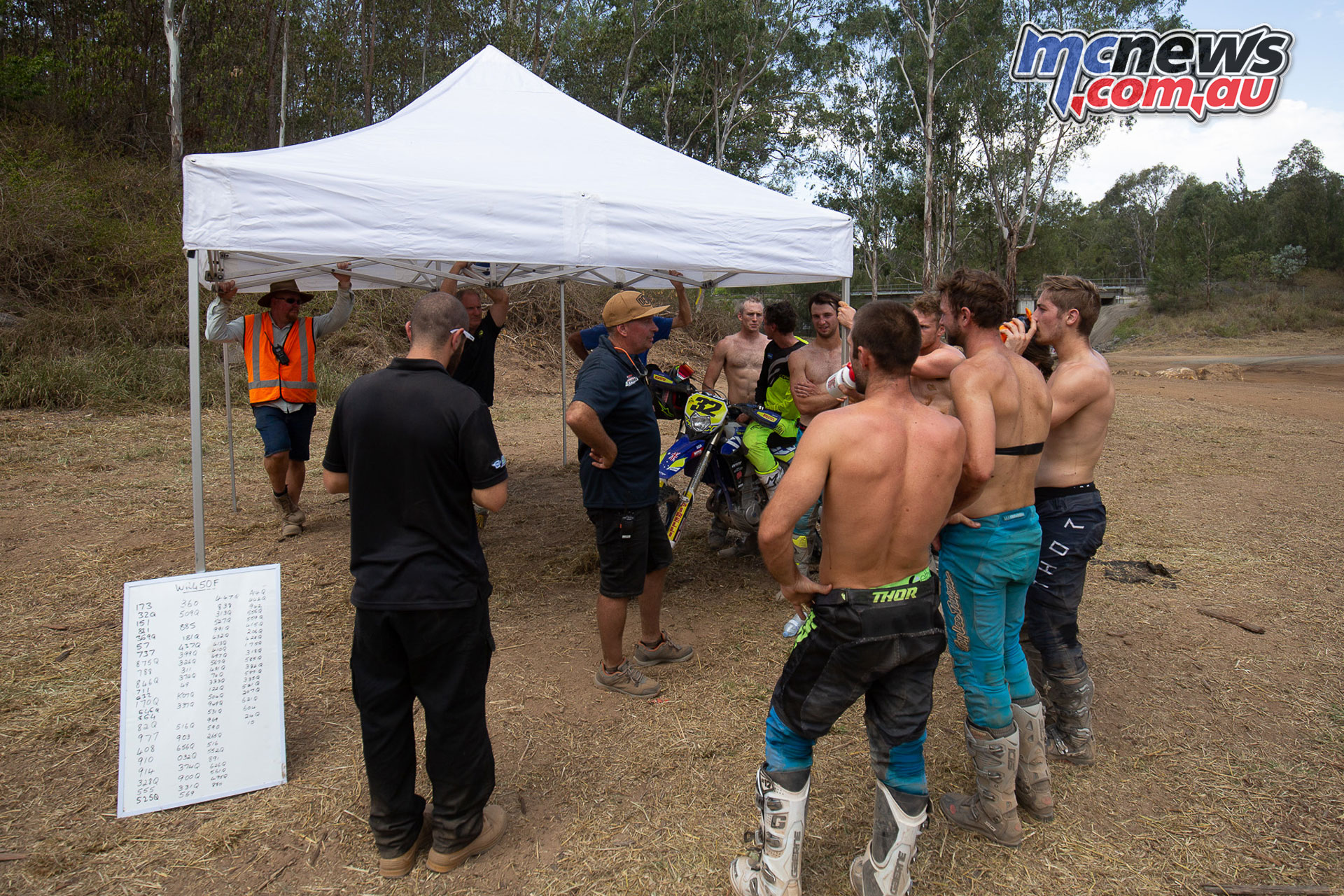 Unfortunately earlier in Round 2, while showing some blistering speed considering his time off the bike, Matty Phillips sustained a leg injury and had to be taken from the track to have it assessed. Without knowing the full extent of the issue it’s hard to make an informed guess as to when he’ll be back but let hope it’s soon. 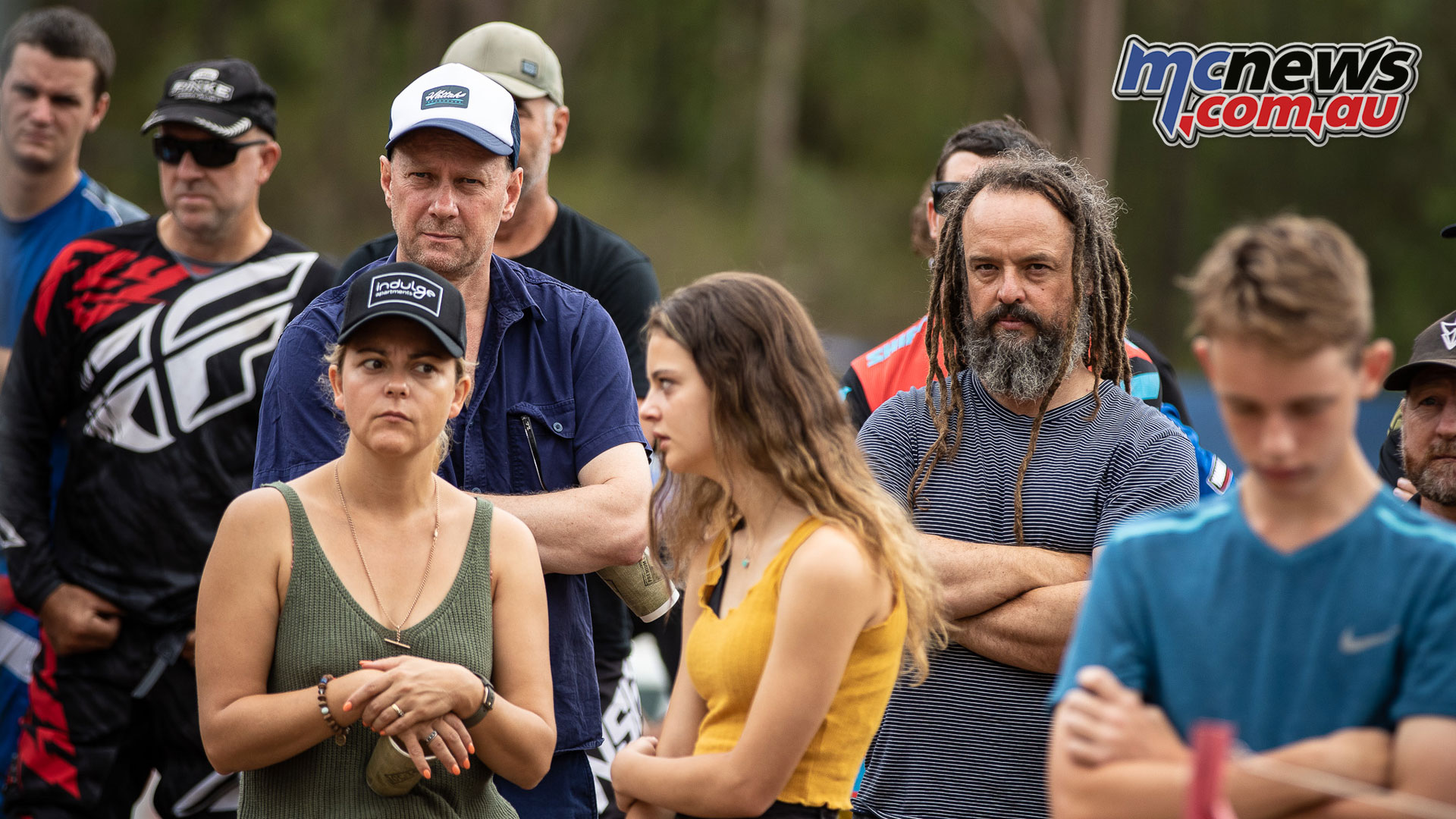 Rounds 3 & 4 will be held at Dungog on the April 6-7 with an Enduro event being run both days to test not only the pace of the riders but also the fitness and endurance needed to spend the whole day in the saddle. 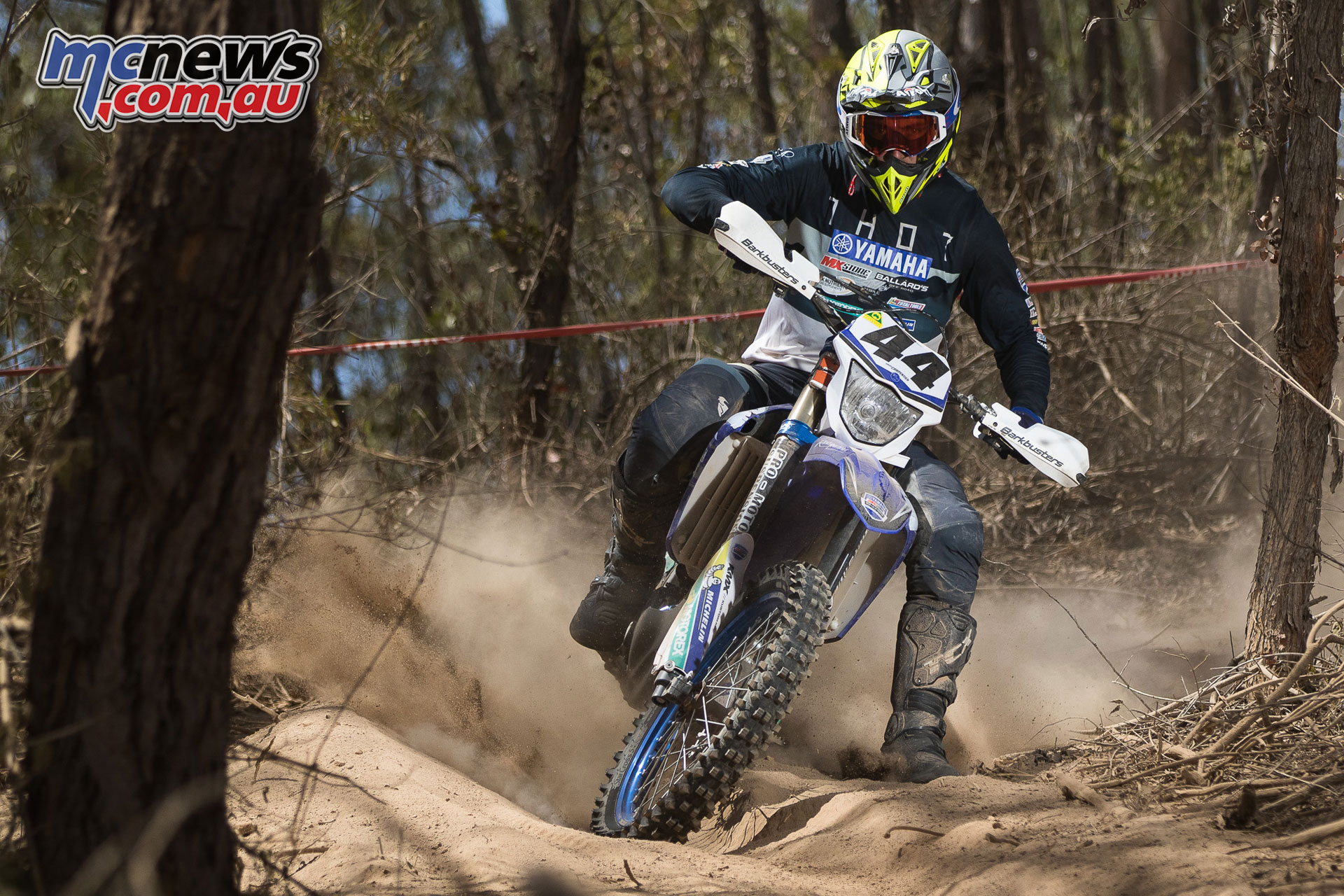 With reports that there has been some good rain in the area I’m hopeful the tracks will only partially dry out but I don’t think the chances of a dust free event are good. Here’s to hoping though…