Harrison Voight and Jacob Roulstone make it in!

Riders for the 2019 Idemitsu Asia Talent Cup have been decided at the Selection Event in Malaysia.

The Selection Event to choose the Idemitsu Asia Talent Cup riders for next season is now over for another year after taking place at Sepang International Circuit in Malaysia.

Following inscriptions on Tuesday and a day of track action to assess the new crop of hopefuls on Wednesday, eight young riders from across Asia and Oceania have been selected to join the grid– as well as five reserve riders.

Aussie youngsters Jacob Roulstone and Harrison Voight are two of the youngest to make it through the selection process while Luke Power has been named as a reserve rider.

The Selection Event took place largely in the wet at Sepang, but it didn’t put too much of a dampener on proceedings.

Over 90 youngsters were put through their paces throughout the day before the Selection Committee made their final decisions.

The committee, led by Talent Promotion Director Alberto Puig, selected riders from Australia, Malaysia, Indonesia and Japan to either join the grid next year or be on the reserve list.

Now the grid for next year is decided, it’s time to decide the Champion this season. The 2018 Idemitsu Asia Talent Cup will be decided at Sepang this weekend, and young Aussie Billy Van Eerde currently leads the championship by 12-points heading into this weekend’s finale! 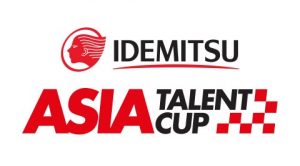 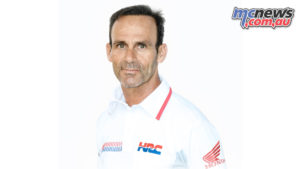 “It was difficult, especially because of the conditions. It was pouring. We couldn’t do our full intended program of testing but we did what we could. Out of all this I think we’ve selected the riders who were faster today, and the reserve riders. It’s the first time we’ve had rain like this during the selection at Sepang. But we did it and we’re happy, we have some young riders of different nationalities. It’s also important that no one is injured although we had some crashes, everyone is ok. So for one more edition, job completed.

“We always try and find young riders because they always have more potential to learn and grow. We hope we’ve got some potential selected here. They understand they have an important opportunity but at the beginning it will be difficult for them, like it has been for all the riders who have come to race in the Cup. But as always, the guys who are strongest and have the most passion will make it on this road.”