After an action-packed Donington Park, the 2019 Motul FIM Superbike World Championship moves on with great pace to America’s Laguna Seca. One of the shorter circuits on the calendar, but highly technical, California’s WeatherTech Raceway will see riders keen for some good results before the European summer break.

Having come off the back of his first hat-trick in WorldSBK, Jonathan Rea (Kawasaki Racing Team WorldSBK) has overturned a 61-point deficit after the Tissot Superpole Race at Jerez, into a fruitful 24-point lead after his home round last weekend at Donington. Arriving in the USA as Championship leader. Rea has been victorious in three of the last four races at Laguna Seca.

“Weekends like Donington do not come along very often but enjoyed it and now we are going to Laguna, which is another great track with great support. I cannot wait, and the people love Superbike there. It is a very iconic track, with The Corkscrew and Turn One as well. I had a really good weekend there last year and I enjoyed it. You get to ride your motorbike in the sun, so it is pretty cool. It is very important to stay healthy and arrive there in good shape because there is a long summer break after. We have to make it count.”

It is a new challenge for Bautista this weekend, a new perspective. No longer is he the hunted, but he is now the hunter. Bautista will be looking to strike back before going into the mid-season break, as he can’t afford to give more points away to Rea before the season arrives at circuits like Magny-Cours and Circuito San Juan Villicum.

“Unfortunately because of my crashes we are now in second place in the standings, which might be interesting for the championship but not so much for me! If I look at the layout of Laguna Seca, for sure I can say that it’s not one of the best tracks for us, because when we have bumps, and uphill and downhill sections, we could struggle, but like I have been saying all year I have no expectations. I prefer to go there, see what happens, start to work hard with my team and get the maximum from the weekend.”

Leon Haslam has a steady record at Laguna Seca, with numerous top ten finishes but is yet to stand on the podium in America.

“Laguna is the only circuit I have never had a podium at. I have managed to get a podium at every other current circuit in WorldSBK except there, so I am looking forward to trying to rectify that. That is my first aim of the weekend. The Kawasaki goes well there but I think the Ducatis may be strong too, more than they were at Donington – we will see. The last time I raced there was in 2015.”

Consistency really is key in 2019 and one rider who, against the odds, made it to the top ten at Donington Park was Michael van der Mark (Pata Yamaha WorldSBK Team). Third place in the championship may not be too safe from his team-mate Alex Lowes but despite his comeback weekend, the Dutchman maintained the bronze-medal position and now heads to the USA – a track where he has never been outside of the top ten, with his best result for Yamaha coming last year in Race 2.

Yamaha haven’t won at the famous Californian venue since 2000 with Noriyuki Haga, so can their current stars earn their stripes this year?

Brits do have a bit of a winning habit at the USA, just ask Tom Sykes. After giving BMW their second ever pole position last time out at Donington Park, he will be hoping that he can remount the podium for a third round in succession and, if possible, take a fourth win in the USA – his last one coming in 2016.

Toprak Razgatlioglu (Turkish Puccetti Racing) is in rich form, with five podiums from the last four rounds – including his first ever double podium coming at Donington Park. Toprak suffered a huge accident there in 2018 but the 22-year-old Turk has given the crowd an underdog story so far in 2019.

One star who will certainly need a result is Chaz Davies (ARUBA.IT Racing – Ducati), as he’s looked off the boil since his Imola podiums. A struggle at Donington Park and Misano and bad luck at Jerez means that the Welshman – a three times a winner at Laguna Seca, including a double in 2015 – must steady the tide as soon as possible.

“The last couple of races have been really tough for me, especially last weekend at Donington, where I still had problems in getting the best feeling with the bike. So I’m looking forward to going straight to Laguna Seca before the summer break. It’s always been a decent track for me and I’ve had some wins there in the past, so it’s a good opportunity to try and improve our results before the break. We need it because we are simply not competitive enough at the moment.”

Michael Ruben Rinaldi (BARNI Racing Team) will be one rider who is tackling one of the most iconic racing venues in the USA for the first time. The 23-year-old Italian will be a debutant at the circuit, whilst contrastingly, 36-year-old veteran Ryuichi Kiyonari (Moriwaki Althea Honda Team) will also venture to Monterey for the first time. 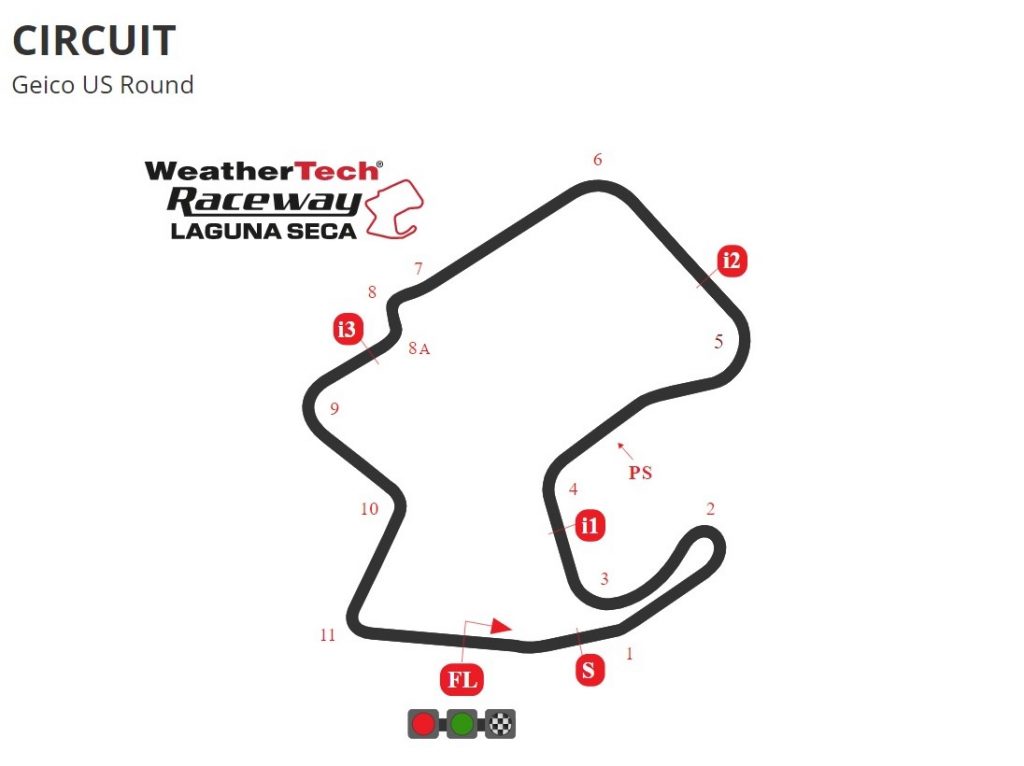