For 2020 Triumph Motorcycles have announced two special edition Bonneville’s in T120 and T100 variants, celebrating the legendary motocross, desert racer and Hollywood stuntman Bud Ekins, who was the man behind the famous motorcycle jump in ‘The Great Escape’.

In honour of Ekins, each bike will feature a Californian inspired two-colour paint scheme with hand-painted coach lining as well as a host of special features, including the Triumph heritage logo, a flying globe Bud Ekins tank logo, dedicated front mudguard design and Bud Ekins side panel branding. 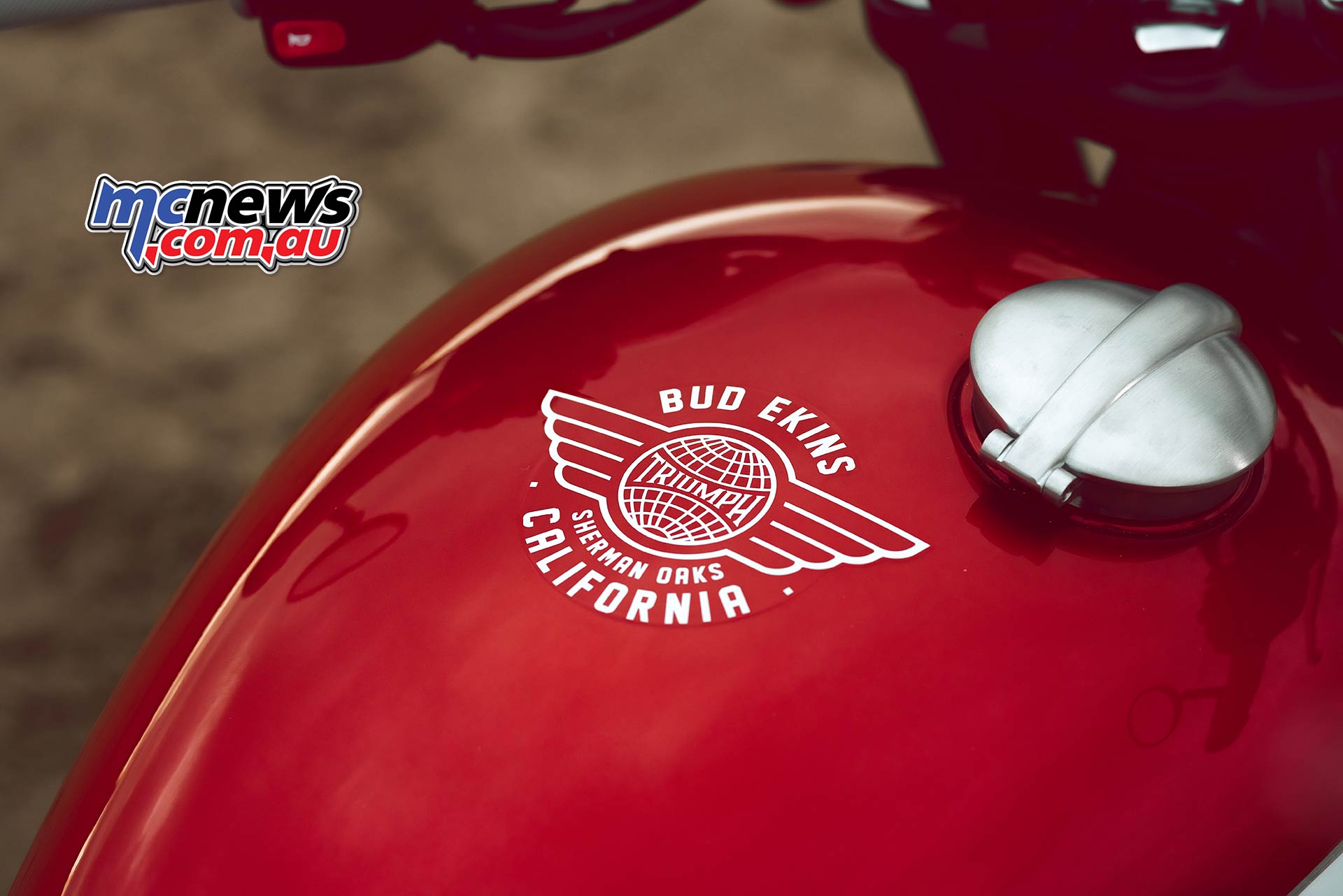 Each bike will also come with a certificate of authenticity signed by Triumph CEO Nick Bloor and Bud Ekin’s daughters, Susan and Donna.

The famous movie jump was the brain child of Steve McQueen, who recommended Bud Ekins for the stunt role, with the duo working out the requirements of jumping a Triumph TR6 Trophy over a 12-foot barbed wire fence for a distance of 60-foot, all on grass.

Bud Ekins ran a Triumph dealership after his earlier racing success on a Triumph and would continue stunting for Hollywood for 30-years, alongside running his dealership.

Suspension is provided by KYB with 41mm cartridge forks and twin shocks with adjustable preload, with 120mm of travel at each end. A tubular steel cradle frame and twin-sided tubular steel swingarm are also featured.

The T100 also features a 270-degree firing interval, with Ride-by-Wire and a five-speed gearbox. Switchable traction control is standard, alongside a torque assist clutch and engine immobiliser.

The T100 also features twin-clocks as seen on the T120, with a USB charging socket under the seat.

Weighing in at 213 kg dry the T100 features a 14.5L fuel capacity, and features the same KYB suspension setup at the T120, alongside the tubular steel cradle frame and twin-sided swingarm, with 32-spoke wheels.