Round 9 – Championship of New Jersey

The 2019 MotoAmerica Championship of New Jersey saw Garrett Gerloff and Cameron Beaubier share the EBC Brakes Superbike wins, leaving Beaubier within striking distance of championship leader Elias, who missed the podium across both races. Heading into the final round that places Toni Elias on 333-points to Beaubier’s 317, with third places Garrett Gerloff back on 276.

PJ Jacobsen took both of the weekend’s Supersport wins, relegating championship leader Fong to second place in each race, and narrowing his lead to just 10-points heading into the final.

Rocco Landers meanwhile clinched the Liqui Moly Junior Cup title on Saturday, and followed that up with another win on Sunday, now holding 325-points in the standings, with the closest riders being Kevin Olmedo on 214, and Dallas Daniels on 200.

Alex Dumas took the Twins Cup win in the single race held for the weekend, with Andrew Lee coming out on top for the Stock 1000, winning the 2019 title on Sunday.

Garrett Gerloff continued to hold the hot hand in the MotoAmerica EBC Brakes Superbike Series, the Texan winning race one in the Championship of New Jersey for his fourth win in the last six races.

Gerloff had his hands full for the entire 23 laps of the New Jersey Motorsports Park race with his teammate Cameron Beaubier, the three-time MotoAmerica Superbike Champion ending up 1.7 seconds behind at the finish line. JD Beach rebounded from a tough stretch of races to finish third, his first podium since his victory in race two at VIR the first weekend in May.

The Gerloff, Beaubier and Beach podium gave Yamaha a one-two-three for the first time this season. Gerloff and Beaubier used their strong finishes to gain some points on championship leader Toni Elias, the Yoshimura Suzuki rider ending up a distant fourth on the day – some 25 seconds behind Gerloff.

With only race two and the two races at Barber Motorsports Park for the season finale remaining, Beaubier trails Elias by 28 points, 320-292, with Gerloff 44 points in arrears in third. Beach strengthened his hold on fourth in the championship with a 13-point gap over Josh Herrin, who was seventh in race 1 on the second Yoshimura Suzuki.

Although he didn’t win, Beaubier clawed back valuable points on Elias, while Beach was happy with a return to the podium, the two-time Supersport Champion and the Attack team finding a cure for the chatter issue that has slowed him of late.

With Elias a distant fourth, he had some three seconds on Mathew Scholtz, the South African holding off Jake Lewis by just .060 of a second for fifth place. Herrin, in turn, hands his full with SJake Gagne with the Yoshimura Suzuki besting the BMW by 0.169 of a second. Kyle Wyman finished ninth with David Anthony rounding out the top 10.

Cameron Beaubier at least has a chance n the final round at the 2019 MotoAmerica Superbike Championship at Barber Motorsports Park in two weeks after winning the second EBC Brakes Superbike race on Sunday.

Beaubier, who finished second on Saturday and won on Sunday to claw back into championship contention with just the two races at Barber left on the 2019 schedule, trails Toni Elias by 16 points, 333-317. Elias had an off-weekend and finished fourth in both races, giving up 19 points to his rival Beaubier.

On Saturday, Beaubier lost out to his teammate Garrett Gerloff and on Sunday he had his hands full with JD Beach. Gerloff, meanwhile, was declared unfit to race after a big crash in the morning warm-up session that left him concussed.

Beaubier and Beach were joined up front by Mathew Scholtz, but the South African ended up finishing third, some seven seconds behind Beaubier. Beaubier was also able to gap Beach in the closing laps, besting the two-time Supersport Champion by 1.44 seconds after 23 laps for his fourth win of the season and the 36thof his Superbike career.

“At the beginning I was pretty confident going in just because I felt like I had pretty good pace there at the beginning of the race yesterday, and then after latching onto (Garrett) Gerloff he kind of pulled us three away from the field. Then at the end it was us two. I was pretty confident that my bike was going to be better than it was yesterday, but I was struggling pretty bad at the beginning when the tires were new. I feel like we’ve been fast at every round, one of the fastest guys if not the fastest, but we just have not been able to put it together when it counts. So today feels really good. Obviously, I’m bummed for my teammate that he couldn’t line up with us today. I think for sure obviously his pace has been incredible all weekend. He definitely would have been another Yamaha in the mix. I feel really good going into Barber. We’re still in striking distance. We’re closing the points down. Just going to keep my head down and see what happens.”

“Going into the race, I told Cameron what my race plan was so he would know. We got going and it started off great. Then he kind of was screwing the plan up. So, I had to get out front. I led a few laps. The bike was feeling really good today. We were just trying to go. Towards the end Cameron got back by me. I started to lose the front just a little bit, and he picked the pace up just a bit. I just kind of lost touch a little bit. For half the year, how it’s been going, it’s been tough. To get a third and a second in the same weekend is great. I just got to thank my whole Attack Performance Estenson Racing team. We’ve still got one more round to go, so we’ll see what we can do.”

Elias was at the opposite end of the spectrum. He was happy. But only happy to have New Jersey in his rear-view mirror after a difficult weekend.

“It was a tough weekend, maybe the toughest I’ve had in a long time. We tried to improve and change things, but it seemed it was impossible to improve. I went six seconds faster in the race today than yesterday, but still it was not enough to improve my position.I see things in positive way, and we are still leading the championship by 16 points going into the final round. I’d rather be ahead than be behind. We will analyze and if we have to change our setup completely, okay, we will do it. We will go and play as hard as we can at Barber and see what happens.”

Jake Lewis finished fifth, one spot better than on Saturday, and ahead of sixth-placed Kyle Wyman. Josh Herrin was seventh with Jake Gagne ending his weekend with an eighth-place finish. David Anthony and Cameron Petersen rounded out the top 10.

With Beaubier now trailing Elias by 16 points, Gerloff holds on to third though he’s dropped to 41 points behind after missing Sunday’s race. Beach is 20 points adrift of Gerloff in fourth place and 24 points ahead of Herrin, who is now just three points in front of Scholtz.

Fong held the lead over his teammate Sean Dylan Kelly and a hard-charging PJ Jacobsen. Jacobsen bided his time and passed Kelly followed by Fong as the laps wound down. Kelly and Fong drag-raced to the finish line, and Jacobsen prevailed by .046 of a second at the checkers.

For Jacobsen, it was his third win of the season, and he moved up to second in the championship, 15 points adrift of Fong. Gillim’s crash dropped him back to third in the standings, but he is still in contention for the title.

Sunday’s race two was another good one for New Yorker PJ Jacobsen as the rider held off hard-charging and determined championship leader Bobby Fong.

Jacobsen and Fong diced with each other as the laps wound down, and Jacobsen bested Fong at the checkers by .028 of a second. Further back in third was Hayden Gillim.

With the double-win at NJMP, Jacobsen now trails Fong in the championship by just 10 points, and Gillim is in third and 25 points behind Jacobsen, so the championship will come down to the final round at Barber Motorsports Park in two weeks.

“It was a really good, never been on the podium here. It was good. New Jersey is like my home. I’m from pretty close to here. I was pretty excited on myself and the team. The bike and everything were just working really well this weekend, so I was really happy. That was the main goal this whole weekend was to just win both races. Going for the championship, that’s what you have to do. It was just gain points on Bobby and seeing where Hayden is, as well. It’s just funny because about halfway through the season everyone just thought it was going to be Hayden and Bobby until the end. So, I think we proved them wrong. Now it’s me and Bobby. Hayden’s still not out, but it’s going down to the wire.”

In Saturday’s Liqui Moly Junior Cup race, Rocco Landers won his 11th race of the season, which is the most wins accumulated in one season for any Junior Cup rider in MotoAmerica history.

With the victory, Landers clinched the 2019 Championship, and there are still three more races left to go in the season. Second place on the day went to Jackson Blackmon, with Eziah Davis finishing third for a Kawasaki podium sweep.

“First off, thanks to my dad for getting the bike ready, and working so hard last night. In yesterday’s race, we had some problems with the setup and stuff, so we worked it out. We sat down and focused on that last night. We got it worked out, so super stoked we finally got it down. Just tried to go around as many people as possible and see if I could make a little gap, and it worked. Here we are.”

Former Liqui Moly Junior Cup Champion Alex Dumas has been on a roll in the latter half of the Twins Cup season, and on Sunday, the Suzuki rider won his fourth race in a row and fifth out of the past six races.

Dumas withstood a staunch challenge from Jackson Blackmon, who raced in both Liqui Moly Junior Cup and Twins Cup over the weekend and made the podium in both classes. Curtis Murray rounded out the podium for a Suzuki sweep.

Lee, aboard his Kawasaki started from the pole, but the race was red-flagged and had to be restarted. Despite the drama, Lee stayed in front and kept his closest title rival Stefano Mesa behind him.

Corey Alexander gave Lee everything he could handle, and Lee crossed the finish line a scant .145 of a second ahead of Alexander in second. Mesa finished third aboard his Mesa37 Racing Kawasaki for a Team Green podium sweep.

“First, I want to thank everyone who got me here. Franklin Armory, Graves Kawasaki, Jason Pridmore for basically telling me to do it again or else. He gave me an ultimatum. Basically, our friendship. It’s been a long season and I’m happy that we could cap it off this way. These guys have been keeping me honest every round. So, to be able to do it again, with this stiff competition in the lights, I’m just really happy to be here.” 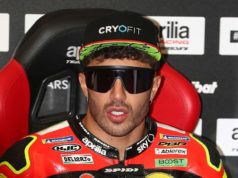