BMW Motorrad has long been engaged in intensive development work on its sound systems. With its now agreed long-term partnership with world-renowned British company Marshall Amplification, the innovation and quality of BMW Motorrad sound systems are set to reach new heights.

For 60 years, Marshall, originally from Hanwell, London, now based in Bletchley, Milton Keynes (UK), have produced legendary guitar amplifiers used by the world’s best musicians. Since 2012 they have expanded their audio quality into award winning headphones and active speakers designed for music lovers.

BMW Motorrad promise to present the first new products resulting from this strategic partnership very soon and are expected to release the first details on the improvements at the end of this month.

The Marshall spirit combined with the development power of BMW Motorrad will in future be reflected in new innovative products for motorcycles and music, especially, Motorrad tells us, in the BMW Motorrad Heritage segment.

Currently the music sytems used by BMW that have speakers are on the heavyweight touring line-up consisting of the R 1200 RT and K 1600 GT models, thus we are intrigued as to what stereo systems BMW are going to use and in what models amongst their Heritage line-up. As the R 18 cruiser models are incorporated into the Heritage range we expect that more touring focussed models based on that platform will be where the new stereo systems will be used, rather than music systems being fitted to bikes of the R nineT range, which also come under the Heritage umbrella. 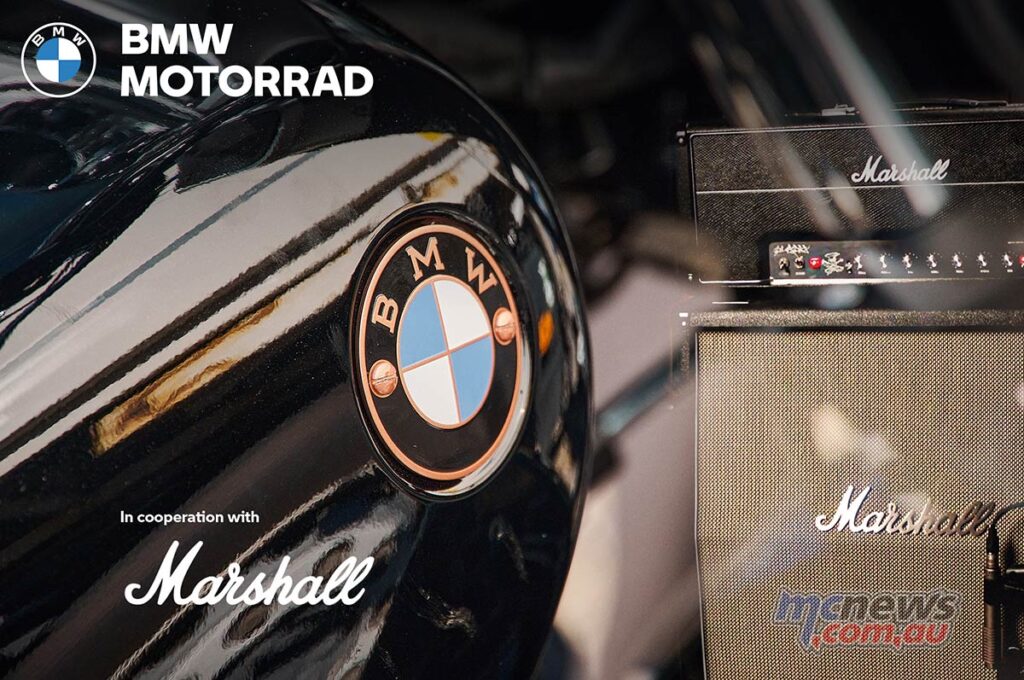 Crutchlow to race with Petronas SRT for three rounds