by Admin2
in BSB, Motorcycle News, Motorcycle Racing
A A
Share on FacebookShare on TwitterShare

Jake Dixon set a blistering pace in Datatag Qualifying at Oulton Park ahead of tomorrow’s opening MCE Insurance British Superbike Championship Showdown round to claim pole position with a time just 0.026s off the fastest ever lap of the Cheshire circuit.

The RAF Regular & Reserves Kawasaki rider left it until the final moment of Q3 to set the benchmark, displacing Honda Racing’s Dan Linfoot from the top of the times. The positions then frantically changed in the closing stages with defending champion Shane ‘Shakey’ Byrne firing through the order to leap back up to a front row starting position in second place, just 0.124s adrift of Dixon.

“We haven’t changed much this weekend and that has been the key. My confidence has been growing and I feel like I am getting stronger. I looked like I might get another faster lap in but I had a bit too much of a wheelie going on and it fluffed my braking into the chicane. We have some good pace, but nobody has really done any long distance runs other than Josh on the SC0 tyre because of the changing conditions. It will be two long hard races tomorrow but I am excited for it and I will be pushing on in the races. We made it into the Showdown and that was the goal for this year, so I feel the pressure is off a bit now especially signing for next year too, so I am going to have some fun tomorrow.” 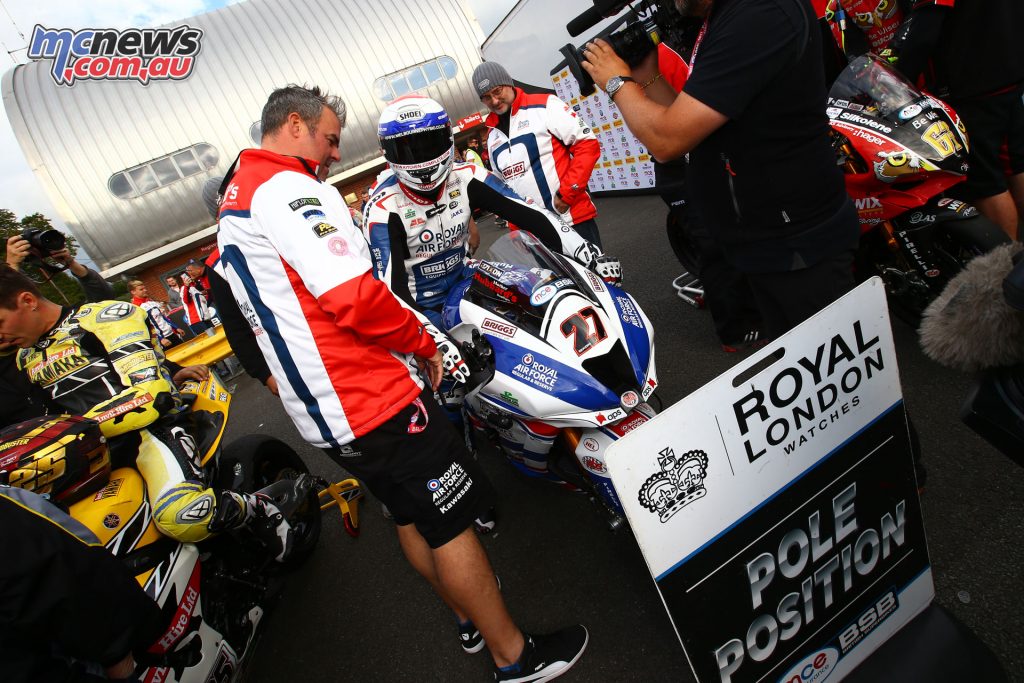 “I’m very happy with second today. After what happened last time out at Silverstone, I hit the reset button and came here feeling relaxed especially as we did so well here at Oulton back in May with first and second. But all weekend so far, we’ve struggled to get a good feeling with the bike for some reason but the team made some changes before qualifying which definitely worked. I made a couple of mistakes on both my fast laps, out-braking myself into the final corner, so it should have been pole but I’m happy with second place and the front row.”

In the final minute Josh Brookes pushed Linfoot off the front row with a time that put him third fastest on the timesheets for the Anvil Hire TAG Yamaha team.

Linfoot heads the second row, the leading Honda Racing contender as team-mate and Showdown contender Jason O’Halloran crashed out at Old Hall during Q2 unhurt. The Australian starts twelfth on the grid for tomorrow’s opening race.

“Well we started off the weekend with three difficult practice sessions if I am honest, so we have been working on the set up for the CBR and trying to understand it a bit more. We made some significant changes before qualifying and made a big step. Throughout the three stages I chipped away at my times and in the final stage produced my quickest lap of the weekend, so I’m happy with that. Starting from fourth is a good position to start from, we have some things to work through ahead of the first race tomorrow, but I am confident we are going in the right direction.”

“It has been a tough day today, I had a crash in Q2 and have hurt my shoulder a little bit. It was a fast one into turn one as I was trying to push to get into the Q3 group, I went under the protective barrier and made contact with the wall, which was less than ideal. I am OK but a little sore and bruised from the crash. We made it into Q2 after being eighth fastest and I was hopeful going into the second session, but today was not meant to be. Tomorrow is a new day and as always I will be giving 100% in both races!”

Leon Haslam starts fifth onboard the JG Speedfit Kawasaki; he lies second in the standings ahead of tomorrow’s opening Showdown races with just six points separating him from leader Byrne. John Hopkins had another strong performance in Datatag Qualifying to complete the second row.

Christian Iddon heads row three on the leading BMW to hold off Showdown contender Peter Hickman in eighth place with Tommy Bridewell having one of his best qualifying showings of the season in ninth place for Team WD-40 Kawasaki. 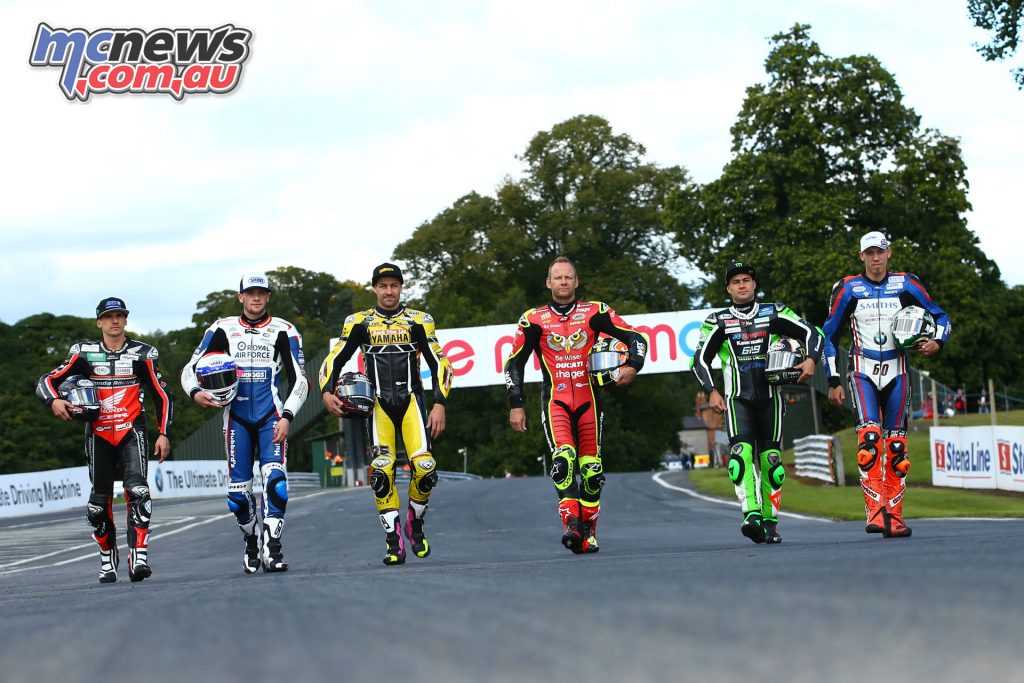 Richard Cooper closed-in on the National Superstock 1000 Championship lead, taking victory onboard his Bennetts Suzuki GSX-R1000 in the first of two races at Oulton Park and the 10th round of the series.

Josh Brookes to replace Michael Dunlop at PBM for NW200

Cooper had been consistently-fast in all the weekend’s free practice sessions, the team making some slight adjustments to the settings from the last visit to the Oulton Park circuit; settings which allowed him to find half-a-second in lap-time from the previous visit.

Starting from the front row of the grid for the race, Cooper made a pass for the lead and pulled out a slender, but clear, advantage at the front to take the win. It means he now sits just 10 points off the top of the championship standings with two races to go.

“Today was spot on to be fair. It was a good race, a right race, but we did the job we needed to. To be honest I just stuck to my pace. It wasn’t an easy race, but I stuck to the pace I knew we could run at and a pace I thought would be good enough for the win. My GSX-R1000 has been good from the off. We’ve learned a lot since the last time we were here, so our setup is slightly different from the previous visit, but the changes we’ve made have found us half-a-second in lap time. The same again tomorrow will be just the job.” 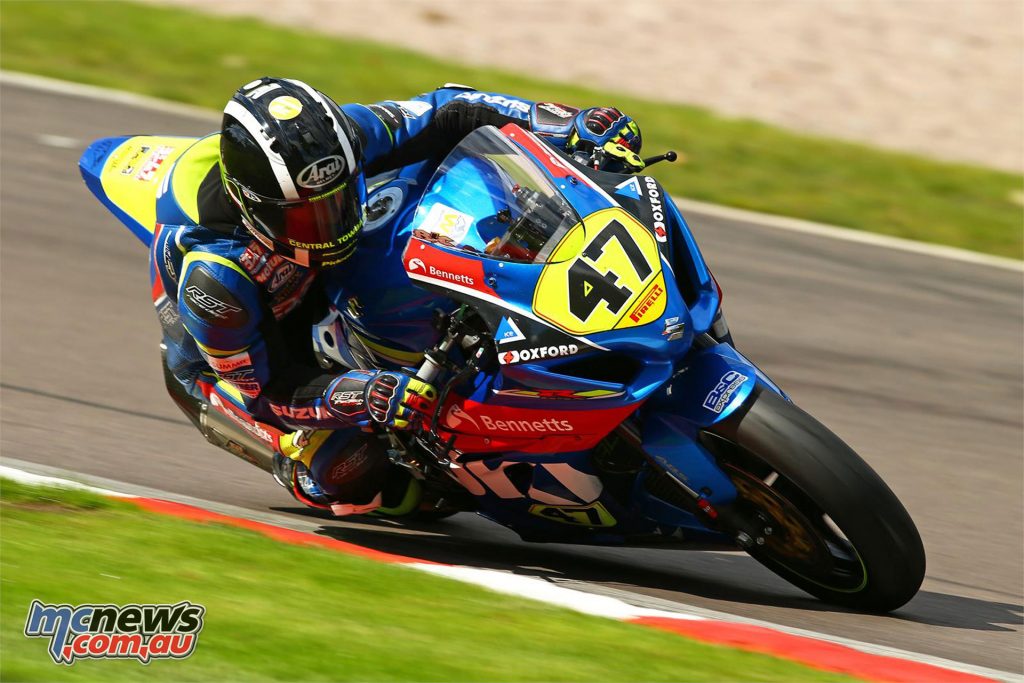