by Admin2
in Motorcycle News, Motorcycle Racing
A A
Share on FacebookShare on TwitterShare

Anna Carrasco (ETG Racing Kawasaki) made history when she became the first woman to win a full FIM World Championship race in WorldSSP300 at Portimao over the weekend.

Her late attack on the final corner had come after a tough race spent in a fight at the front with several other rivals. Using clever tactics to back up her race-long demonstration of skill and tenacity Carrasco won by 0.053 seconds, with the top four riders covered by just 0.167 seconds over the line. Carrasco’s win puts her seventh in the championship.

“I have been working really hard all year to find this result and it is really important for the history, as it was the first time for a woman to win a race in an FIM tarmac based championship – so this is good for all the people. I think it will be a change of mentality and people will think that a woman can be fighting for the championship. It was a perfect day for Kawasaki.” 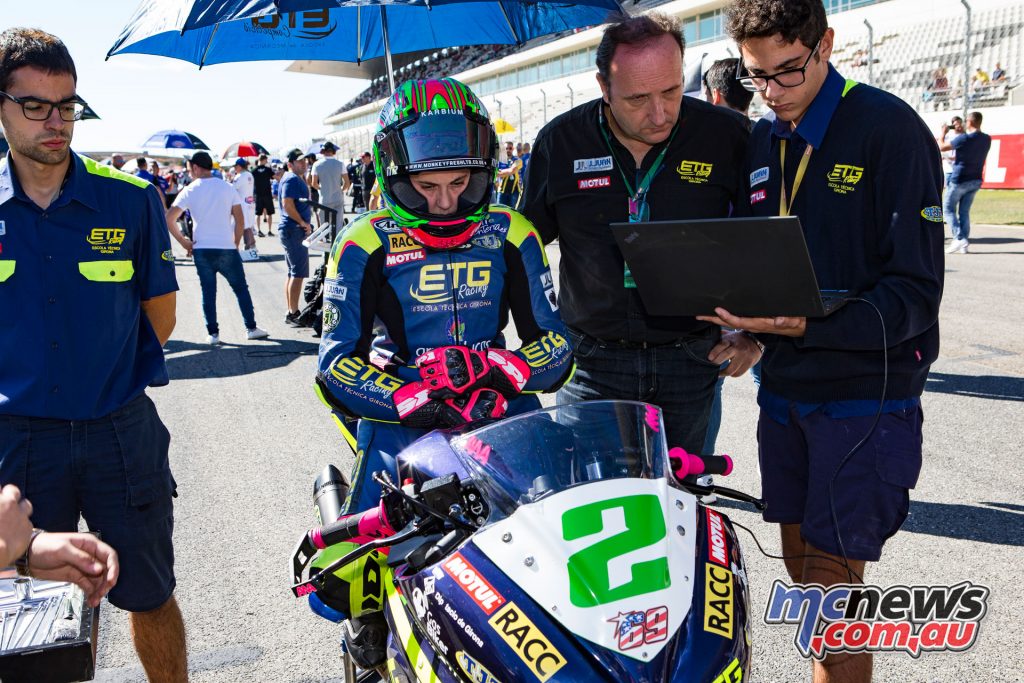 The success of Carrasco, when added to a double WorldSBK win for KRT’s Jonathan Rea and a victory for Kenan Sofuoglu (Kawasaki Puccetti Racing) in WorldSSP, plus Razgatlioglu’s Superstock 1000 win, ensured Kawasaki riders won every single race at Portimao.

The penultimate round for the WorldSSP300 riders takes place at Magny Cours, with raceday on Sunday October 1.

11 laps of the Autodromo Internacional do Algarve awaited the FIM Supersport 300 World Championship riders on Sunday, and it was Ana Carrasco (ETG Racing) who took the victory in yet another spectacular race.

Pole position man Alfonso Coppola (SK Racing) got a slow start off the line, and it was championship leader Marc Garcia (Halcourier Racing) who took the early lead, as a group of three race leaders began to develop into a tough fight for the podium with Daniel Valle (Halcourier Racing) and front row starter Ana Carrasco (ETG Racing).

The three Spanish riders were locked in the battle for the podium finishes, but it was Mika Perez (WILSport Racedays) who was hunting down the leading group as he set the faster lap times of 1.58.820. Catching the front group in the closing laps, the Spaniards were joined by Coppola who was able to find some stunning pace in the closing laps which meant he was able to join the battle for the victory.

In a stunning display on the final lap, the race all came down to the final corners and Carrasco responded perfectly to the pressure from her competitors on the final laps as she was able to take the victory over the line, narrowly beating the field by 0.053s. Coppola took second position following a well timed use of slipstream over the line, with early race leader Garcia finishing in third position.

“I am really happy today, it’s incredible. We have worked really hard and I want to say thank you to all the team, they worked really hard. This is a dream come true for me, and it is fantastic for the championship too. For the whole race I tried to stay with Garcia and I was able to secure the victory.”

ASBK tyre war heating up ahead of the Battle of Darwin

John Redding on ASBK in the lead up to Darwin