Following the presentation of Gresini Racing’s MotoGP team, it has now unveiled the Gresini Racing’s Moto2 liveries. The middleweight category gives young riders the opportunity to showcase their talent and a springboard to their future, with 2022 the year Nadia Padovani Gresini wanted to reconfirm this project, led by her son Luca as Team Manager.

Zaccone had a great season in MotoE last year, leading the standings until the final round of the season; he is not new to the Moto2 class as he raced previously in the same category albeit in the CEV championship. 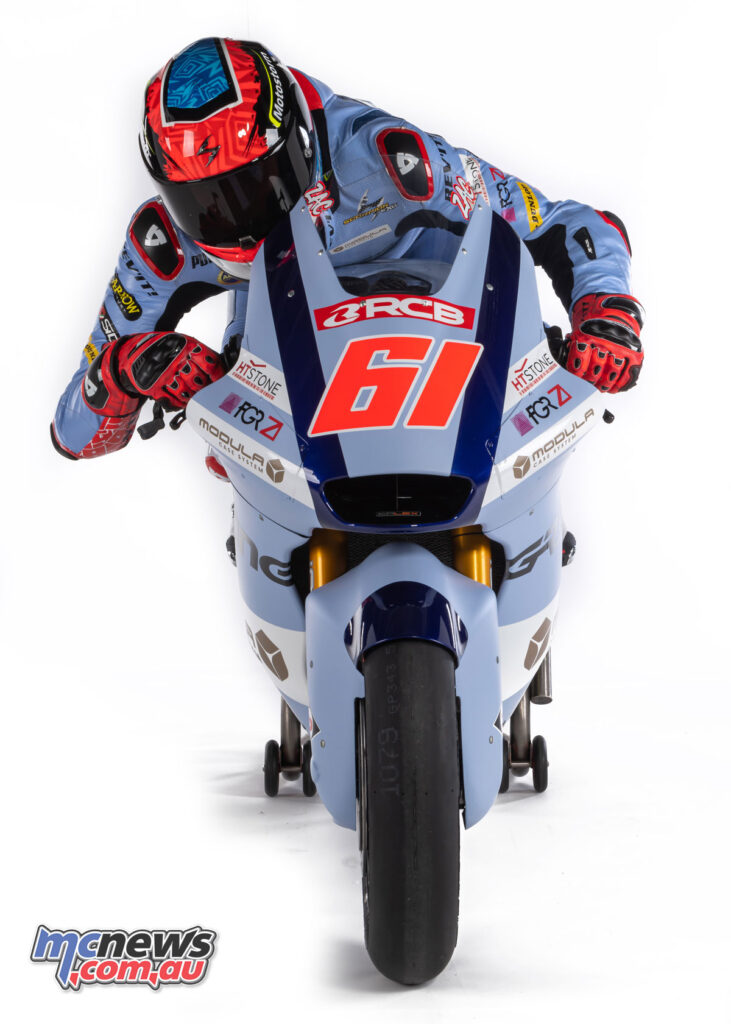 “It will be my first year in the Moto2 World Championship so the most important thing will be to try to learn the new tracks as quickly as possible: the first four ones are going to be a little bit tough for me, but I can’t wait to try! The winter break has always been a long suffering, but this year it really seemed never ending, perhaps because it was difficult to find a Moto2. It’s like a dream that is about to come true, we just have to wait for the tests. In the meantime, I’m training at the gym as well as doing some motocross and Supermoto riding, trying to get back to full fitness after last year’s injury. We are almost there, so I am confident!”

Filip moves up from Moto3, where he proved to be rider but his growth in terms of height ended up preventing him to fully express his talent.

“Everything will be new for me after a difficult year in Moto3, I was too tall for that bike. This winter I trained with a bike more similar to Moto2 and I can say that I feel much more comfortable. It will be a new adventure for me and I will have to gain a lot of experience, I will do everything possible to learn quickly and I will always give my best. I really miss the action on track, but I will have to hold on a little longer for the February tests, I can’t wait to work with the team again, I had a lot of fun with them in the first test! While waiting, I’m concentrating on training at the gym, I need to strengthen my muscles and adapt them to the Moto2 which has a different structure. But to be honest, I like this kind of training even more!”

The #12 (Filip) and #61 (Alessandro) bikes will be back on track for the first time this year in February for the Jerez test, which will allow the boys to familiarise themselves with their Kalex machine and get to know better the team they will tackle the season with.

“I am really happy with the Moto2 2022 team, a young project in the hands of young riders. In fact, we chose two rookies in the world category, Zaccone had already competed in the same category but in the CEV with the Honda 600, where he showed he can go really fast and he confirmed his talent also in 2021 with the excellent results achieved in MotoE. Filip is also a very promising guy, he has grown a lot in the last years in Moto3, despite being hampered by his height. He did some good races proving he can compete with the leading group. With this light-blue bike on the track they will see us for sure, it is a strange color that over the season everyone will like more and more.”

Jerez MotoGP Test wrap | Suzuki to pull out of MotoGP….