H-D Unveils a Sporty For a New Generation

by Rennie Scaysbrook
in Harley, Harley News, Harley Reviews
A A
Share on FacebookShare on TwitterShare

If you go through the list of memorable automotive monikers, what do you come up with? Mustang? 911? What about motorcycles? Fireblade? GS? All iconic names, but arguably none carry the weight and legacy of our testbike today.

The Harley-Davidson Sportster has been around since 1957, predating even the 911 by six years, and thus is more important to The Motor Company than any machine they’ve created before or since.

In the 64 years since the Sportster was released, it’s seen only two major revisions before the 2021 model year. That first year of 1957 right through to 1986 we saw the era of the Ironhead, followed by the Evo from ’86 to 2020 with rubber mounting for the motor coming in 2004.

So, you can imagine the fanfare when a new Sportster is created. It’s rarer than honest politicians during a pandemic.

The 2021 model year sees the debut of the all-new Sportster S. Stumpy, fat, unapologetic in that inimitable “up-yours” H-D style, the Sportster S signals a new direction for Harley as they shift away from the “potato-potato” motor sound in the hope of luring new riders while still keeping their beloved baby-boomer demographic.

Retailing for $26,495 ($26,790 if you add $295 for the Stone Washed White Pearl of our testbike), this is a totally new design, with the S using a version of the 1252 cc Revolution Max 1250T liquid-cooled motor that debuted in the Pan America adventure bike earlier this year.

The dreaded word “retuned” must be used here, although it’s not as bad as you might think. The Sportster S engine loses 21 kW overall compared to the Pan Am to sit at a claimed 90 kW, but the claimed torque of 125 Nm is moved further down the rev range,  While Pan America boasts 150 horsepower at 8750 rpm and 127 Nm of torque at 6750 rpm, the quoted figures for Sportster S are 121 horsepower at 7500 rpm and the torque figure remains the same at 127 Nm but arrives 750 rpm earlier in Sportster S.  Harley say they have tuned the engine to be more torque focussed with smaller ports and valves that meet a combustion chamber profile that is also designed to flow stronger at lower rpm along with milder cams and variable valve timing phasing that endow the engine with better low-rpm performance. On the road it provides impressive go from as low as 2000 rpm, despite that torque peaking out at only 6000 rpm.

Matched to three pre-set riding modes of Sport, Road, and Rain, and a fourth customisable mode, the 60-degree Revolution Max 1250T motor is an absolute peach of a thing. This is by far the most dynamic motor I’ve tested from Harley-Davidson in my writing career—there’s a lovely throttle response matched to acres of torque and next to no vibrations thanks to the dual counter balancers. A fully-stressed member of the chassis, this is a very un-Harley Harley, more akin to a Japanese parallel-twin than an America V-twin.

Sporting variable valve timing, the transition between the two halves of the rev range is pretty seamless, although the gearbox leaves a little to be desired. With the feet-forward ride position and subsequent play in the shift lever, the gear selection isn’t as positive as I would have liked for a machine costing north of $26K. The first two gears are tall, and as a result you’ll spend a lot of time in first or second when in heavy traffic, necessitating going through neutral a lot. I can’t tell you how many times I snicked neutral rather than second, even trying not to do so netted a dreaded neutral from time to time.

I did manage to get on a Sportster S with an adjusted shift lever position that helped matters somewhat, but the gearbox action still left a little to be desired.

Another area that leaves something to be desired is the heat coming off that exhaust. Wrap around-style like Harley’s flat track racers, the pipe looks great, sounds not too loud, but gets blisteringly hot as it snakes around the front of the rear cylinder head with the catalytic convertor hanging about 20 cm from your family jewels. Hot summer days are going to be murder on this, just as it was on our test day in Southern California.

To be fair, the heat is only a major issue when you’re going slowly with minimal airflow to help with dissipation. Get the Sportster out of the city and into the mountains and the heat won’t be of much concern.

What is of concern, however, is the rather short 93 mm of ground clearance and only 51 mm of travel from the rear suspension. That’s not much and I can tell you from the hotseat (get it?), it isn’t. You’ll feel every hard-edged bump on the Sportster S, making slow rides not just hot thanks to the pipe but achingly uncomfortable, too.

And like the heat, you need to get the Sporty out of the city and into wide open spaces. Once you do, the motorcycle will start to show some of its sporty wares to at least give some cred to its name.

You’re long, low and somewhat lazy on the Sportster, but wind the wick up and it’s surprising how much speed the chassis will let you carry. With a claimed 34 degrees of lean angle available, you won’t be impersonating any racers, but hang off, use your bodyweight to turn and keep it off the footpeg hero knobs then you’ll be having a right old time with it.

I’m not a fan of the forward feet controls, as they impede not just the gearshift but end up putting me in the dreaded ‘cruiser slouch’, rounding the base of my back and accentuating the pain when you ride over sharp bumps.

Later in the test, I was given a few kilometres on a Sporty with the aftermarket mid-mounted controls which I liked much more, although the rider triangle went from stretched out to cramped very quickly. Can’t win them all, it turns out.

The Sportster is graced with fully-adjustable 43 mm Showa forks and a fully-adjustable linkage shock out the back complete with a hand knob for preload adjustment, so you should be able to dial in a setting you like relatively easily. The front suspension is quite nice in its application, not too stiff and will soak with the road corrugations much more effectively than the rear, which uses your arse as part of the damping circuit.

The design department won out over practicality by fitting the Sportster S with a single 300 mm disc gripped by a four-piston Brembo monobloc caliper, aided by a single 260 mm disc clamped by an admittedly very powerful twin-piston caliper at the rear. The front brakes lack feel at the lever, although they will slow the Sportster adequately enough for the Cornering ABS system to kick in, which is either a criticism of the brakes being too wooden in feel or the ABS kicking in too early, even on its least-intrusive setting. I feel a bike of this price tag should come with two discs and calipers up the front, but that’s just my two cents.

Cruise control, the four ride modes, turn-by-turn navigation with the Harley app and Bluetooth connectivity are all included as standard fitment on the Sportster S, which is par for the course now for premium offerings from Harley. It’s all accessed through the small but effective dash—it’s certainly not the biggest but I’ve ridden plenty of bikes in this price range where the dashes are extremely difficult to use. Harley’s UX designers have done a decent job of making the electronics easy to use and adjust.

I’ll be honest and say I feel the Sportster S is too one-dimensional for my tastes. It only really works when you’re out giving it a thrash, and the ride comfort is just not there for slow speed riding, which the aesthetic suggests should be the main type you’ll do.

The Sportster S is an extremely quick little motorcycle. Indeed, nothing with a Harley-Davidson badge, similarly engined Pan America aside, will likely get near it apart from the LiveWire, which feels like you’ve got the hand of god pushing you forward when you hammer the throttle between 30-80 km/h.

However, I like the Sportster not so much for the ride but what it represents for Harley-Davidson. There’s a cultural shift happening right now at The Motor Company, with new blood not interested in maintaining the status quo that has seen Harley-Davidson pigeon-hole itself as a bike for baby boomers only.

Kyle Wyman’s win in the MotoAmerica King of The Baggers championship was a huge deal for Harley, and it’s looking increasingly likely that sporting side will start spawning some new models that are not what you’d traditionally expect.

I sincerely hope Harley-Davidson takes this engine and makes a decent nakedbike with it. It’s such a good little thing, it’d be a waste to have it in just an ADV bike and a cruiser.

Either way, if the Sporty speaks to you, you’ll doubtless fall in love with it the second you ride it. For me, I’ll wait with a beer and see if that unicorn nakedbike is forthcoming. 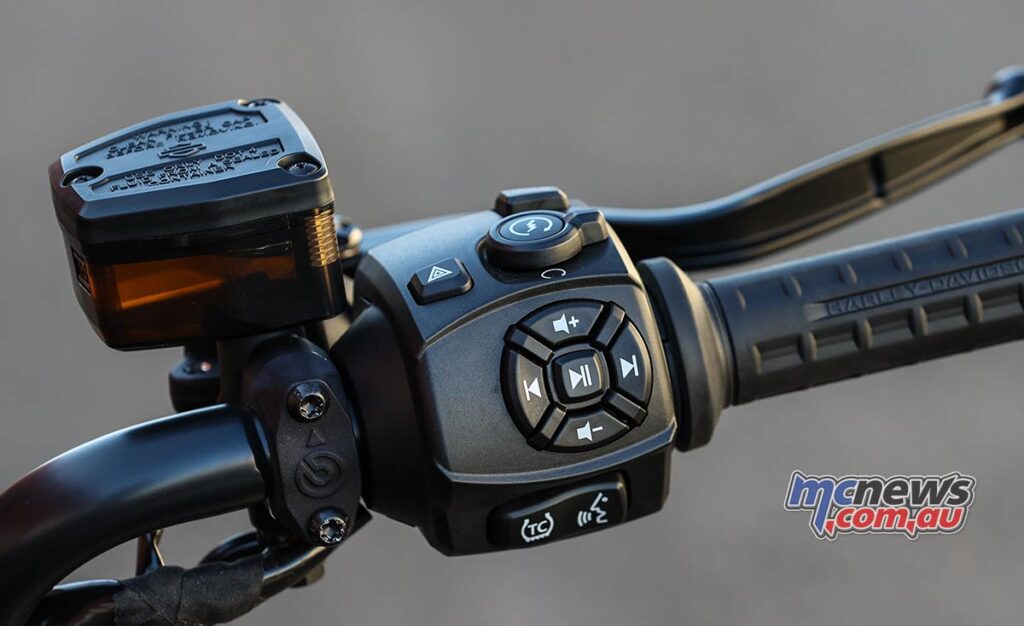 First official ASBK Test of 2022 upon us