Since the days of its founding, Honda has always considered racing as a key driving force, tackling motorsports challenges across the globe and achieving a wealth of victories along the way, whilst using racing as an experimental plot for technologies that would sow the seeds of the company’s overall growth. The racing spirit fostered in this process is alive today in all of Honda’s products and technical development. Honda’s corporate slogan is “The Power of Dreams.” Honda will realise these dreams together with its customers by putting more power behind its motorsports activities so that through racing it can bring fun, joy and excitement to more people around the world.

In MotoGP, the premier class of the FIM Road Racing World Championship Grand Prix Series, Honda took the “triple crown” by taking all three titles last season—the riders’, team, and constructors’ Championships. For 2014, HRC’s factory outfit, the Repsol Honda Team, will once again put forward the lineup of Marc Marquez, who made history last year as the youngest champion ever in his very first season of MotoGP competition, paired with Dani Pedrosa who took 3rd place. In addition to its factory team, two satellite teams will be equipped with machines supplied by Honda, for a total of three teams and four riders representing Honda in the MotoGP.

HRC will be active not only in top-notch racing of this caliber but also in the promotion of commercially available racing machines. The RCV1000R, which will be raced by four riders representing three different teams in the new MotoGP Open category, will be put on the market by HRC. 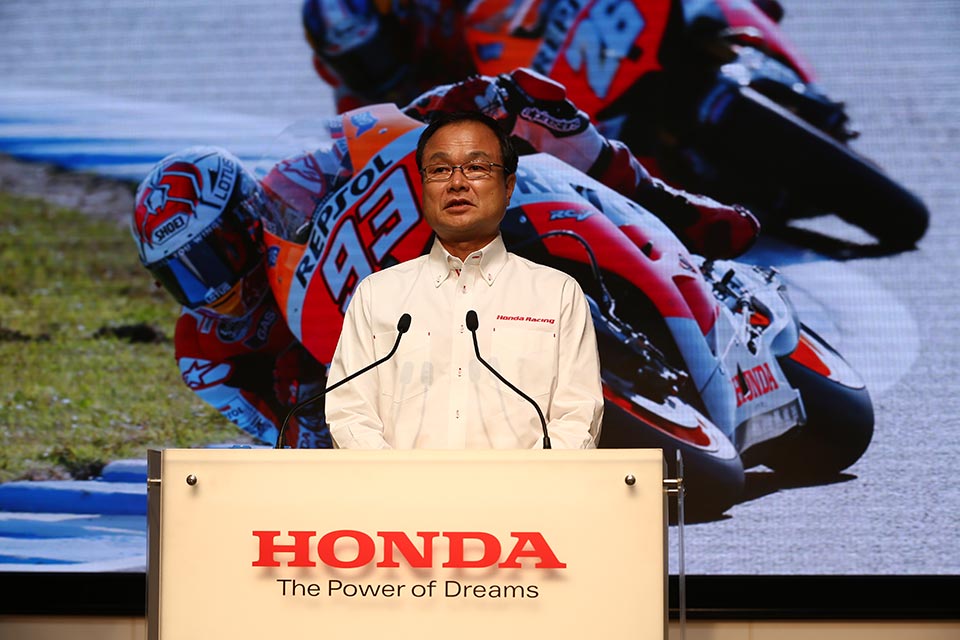 In his annual global motorsports address today, which outlined all of Honda’s factory motorsport programmes for 2014, Honda President Takanobu Ito announced that Honda is further increasing its support in the FIM Motocross World Championship.

The newly renamed Team HRC reflects the increased role of the factory in the championship’s premier MXGP category, and is the natural culmination of an increasing Honda presence in the sport over the last three years.

This is the latest chapter in a long and successful history in World Motocross, in which Honda have sealed a raft of 125, 250 and 500 MX world titles. It’s also a new chapter for HRC, which most recently sealed the FIM MotoGP World Championship title with the Repsol Honda Team last season.

Nagl and Bobryshev were present for the President’s address in Tokyo today, appearing alongside the likes of other works Honda riders Dani Pedrosa and Marc Marquez (MotoGP), Joan Barreda (Dakar) and Honda’s drivers from the IndyCar Series and the World Touring Car Championship.

The team has been testing in Sardinia in January and competed in the opening round of the Italian MX Internazionali series to support their preparations for the start of the Grand Prix season, bringing home two podium finishes. The first Grand Prix is in Qatar at the Losail Motocross track on 28 February – 1 March.

Roger Harvey   HRC General Manager – MXGP – “The 2014 season is an important milestone for Honda in the Motocross World Championship with the support of Honda Racing Corporation. Honda has a long history in Motocross with the Honda CRF, including multiple world 125, 250 and 500 titles throughout the 1980s and 1990s, and after more and more support over the last three years, the next logical step was for a full factory presence again with Team HRC.”

Max Nagl – “My Dad always said in the past that the biggest step you can make, and the dream to have, is riding for the Honda factory team because it was always the best – a step ahead of everyone. Now I’m so happy to be in Team HRC. It’s really a dream come true.

“I can feel the difference to last year because we’re working very closely with the factory and the Japanese engineers, we have more parts to test each time, and we’ve improved the bike a lot already. The experience and success of HRC brings so much to the team. Standing on the stage for the President’s motorsport announcement alongside riders like Pedrosa and Marquez – it really shows the importance of MXGP to Honda this season.”

Evgeny Bobryshev – “Representing Team HRC is a big honour for me. There is so much history and many motocross victories in the past, and recent World Championships in MotoGP for example, and now after a break it’s a great feeling that HRC is back in MXGP and to be a part of it.

“The whole team approach is so focused on the results this year, and pre-season testing has been very positive. Working directly with Honda in Japan means that changes are happening faster and we have even more support that has helped us already in taking another step, so I’m feeling strong for this season. I hope we can repeat history.” 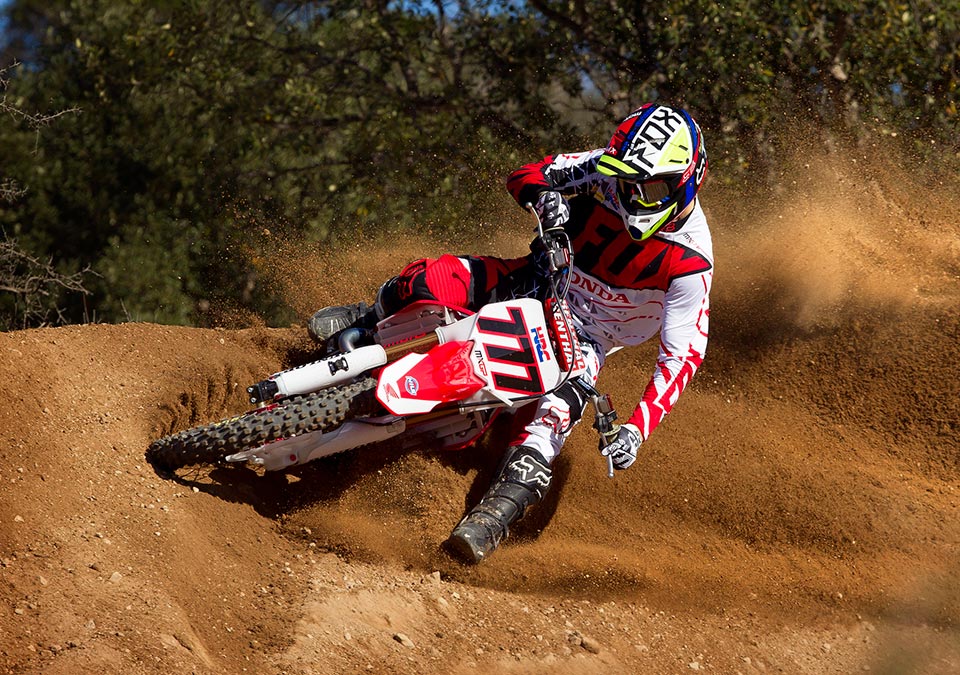 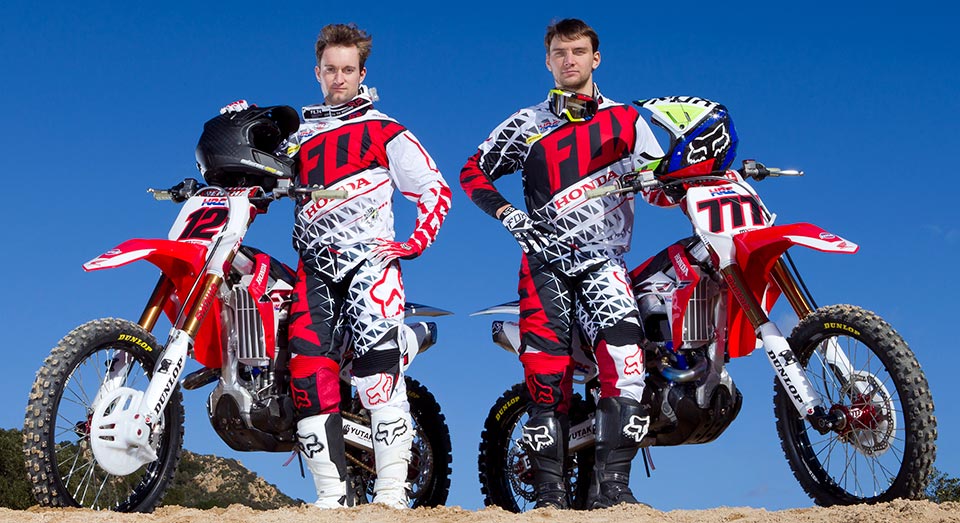 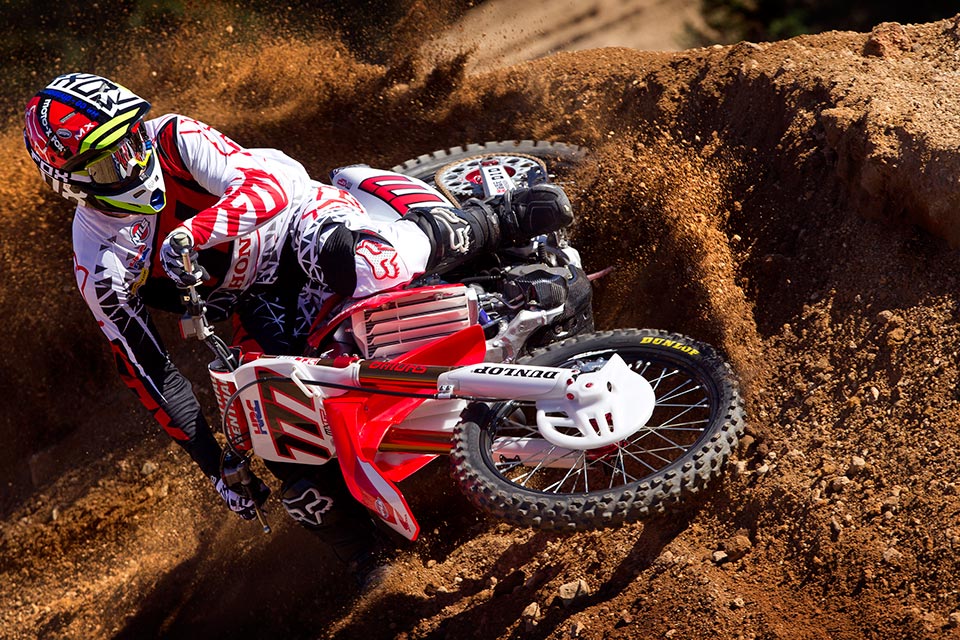