by Phil Aynsley
in Features, Motorcycle Gallery, Motorcycle News
A A
Share on FacebookShare on TwitterShare

Yamaha’s first foray into the 500cc GP class came in 1973 with the piston-port, in-line four-cylinder OW19. The company stuck with this basic design up until 1980 (although the final version, the OW48R, had the outside two cylinders reversed) when they decided that to stay competitive, a new, rotary-valve engine design would be required. 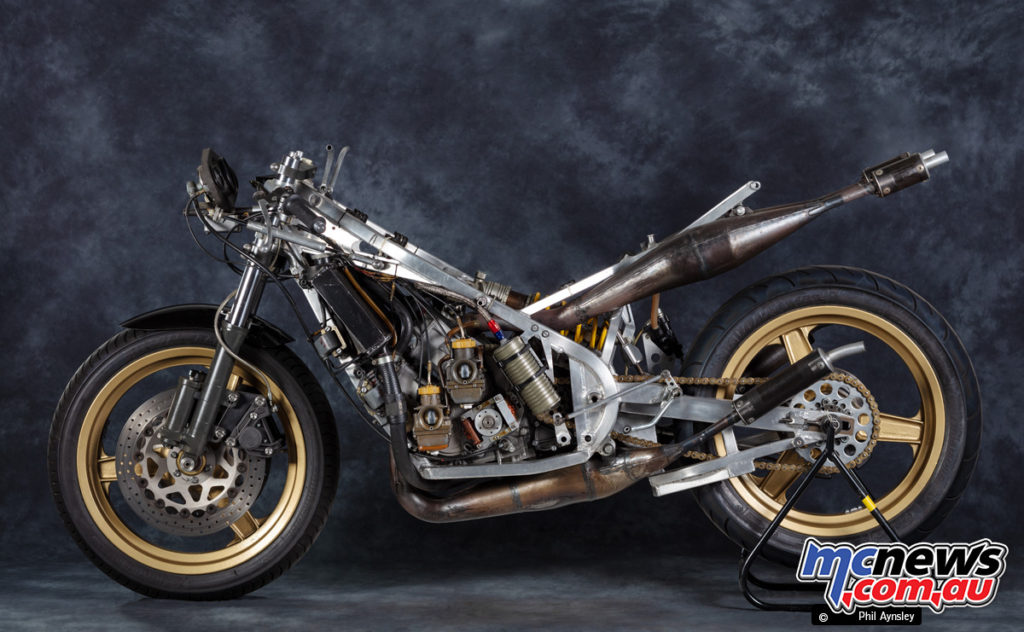 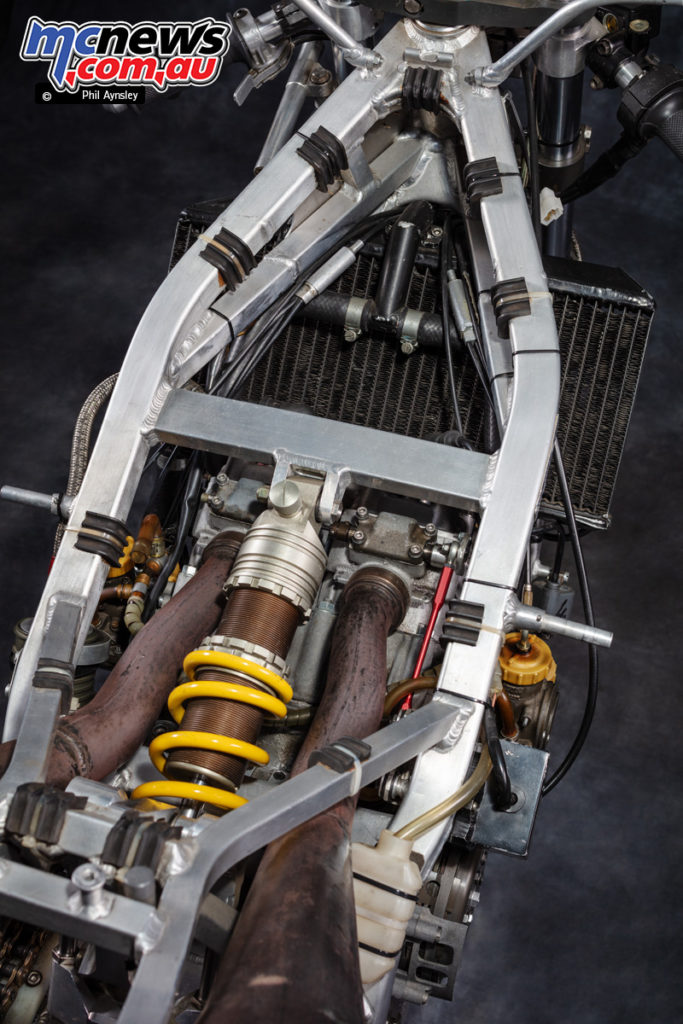 The new motor was a square-four very much like Suzuki’s RG500, but with the cylinders inclined at 45-degrees. The OW54 subsequently won three races in 1981, two for Roberts, one for Sheene. 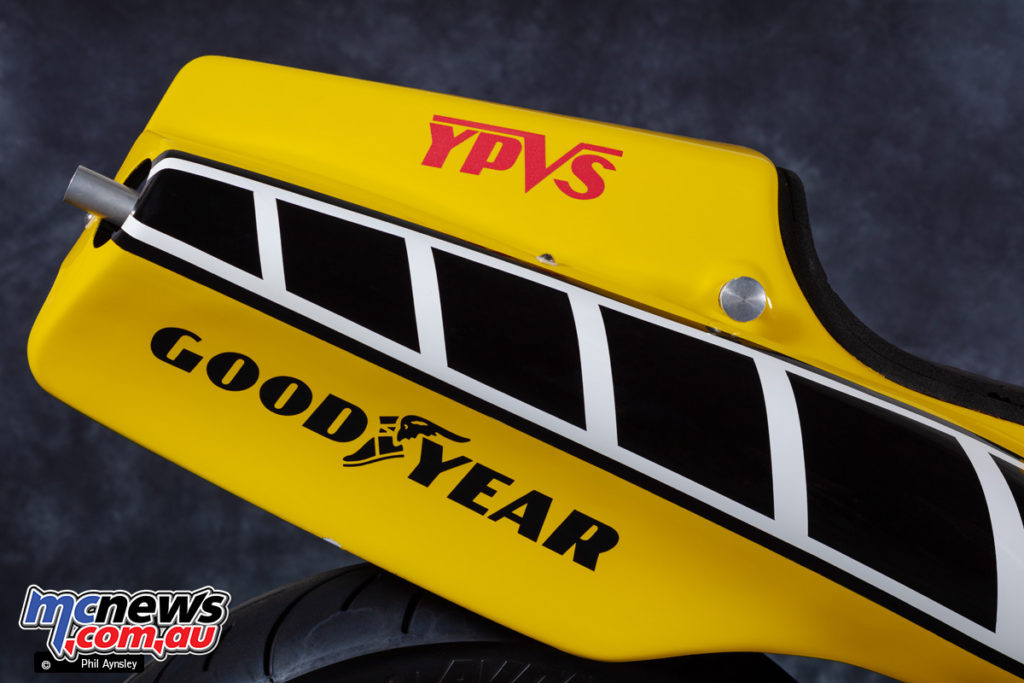 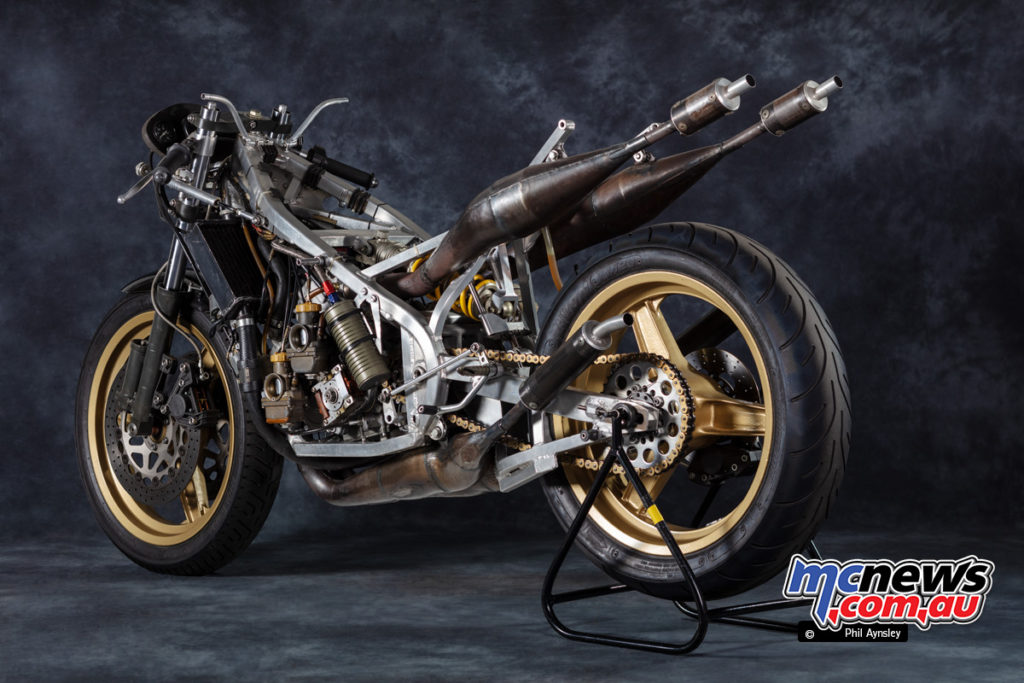 For 1982 the bike was heavily revised with an upgraded motor and a completely new chassis. The frame featured square section alloy tubing (with additional reinforcing bottom rails welded in place. Likewise on the bottom of the swing arm. Plates also boxed in the steering head tubes. A new progressive-rate bell crack rear suspension was used. 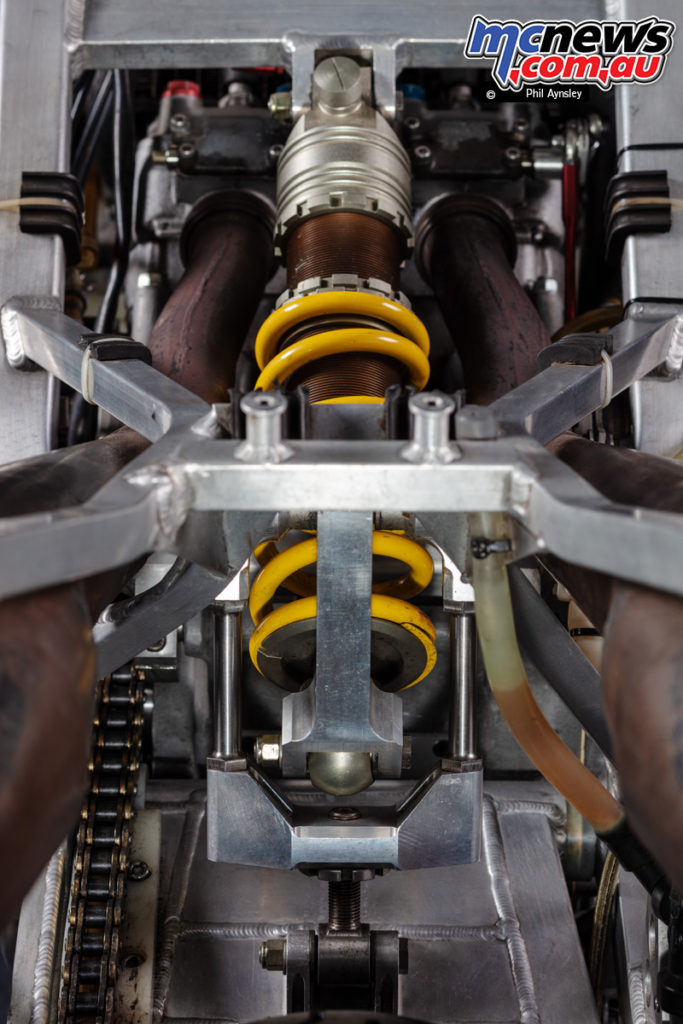 Eight bikes were constructed, with two each for Roberts, Sheene, Graeme Crosby and Marc Fontan (Sonauto Yamaha). However Roberts only rode the OW60 twice, firstly in the ’82 Daytona 200 (DNF – motor), then in the GP season opener in Argentina, which he won (with Sheene second), before switching to the completely new OW61 V4. Crosby finished second in the Championship on the OW60 however. 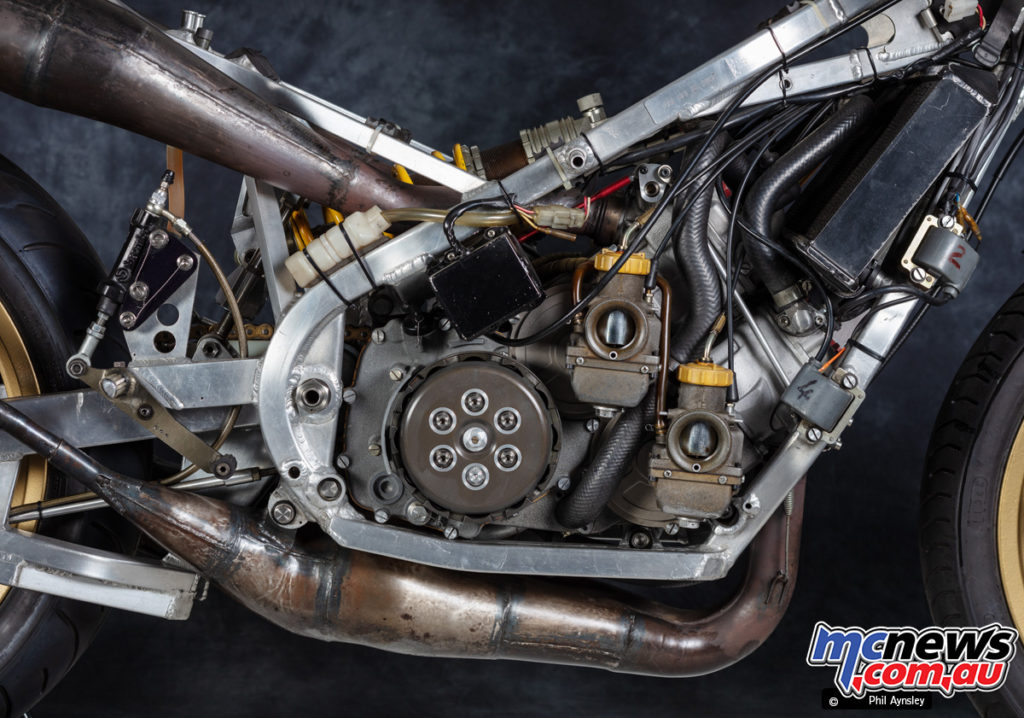 The OW60 featured four seperate crankshafts contra rotating in opposed pairs, Teflon coated steel rotary discs and housings. YPVS power valves were also fitted. Output was 156 hp at 10,600 rpm. Wet weight (half a tank of fuel) was 121 kg with a top speed of 290 km/h. For comparison the OW48R made 102 hp and weighed 135 kg. 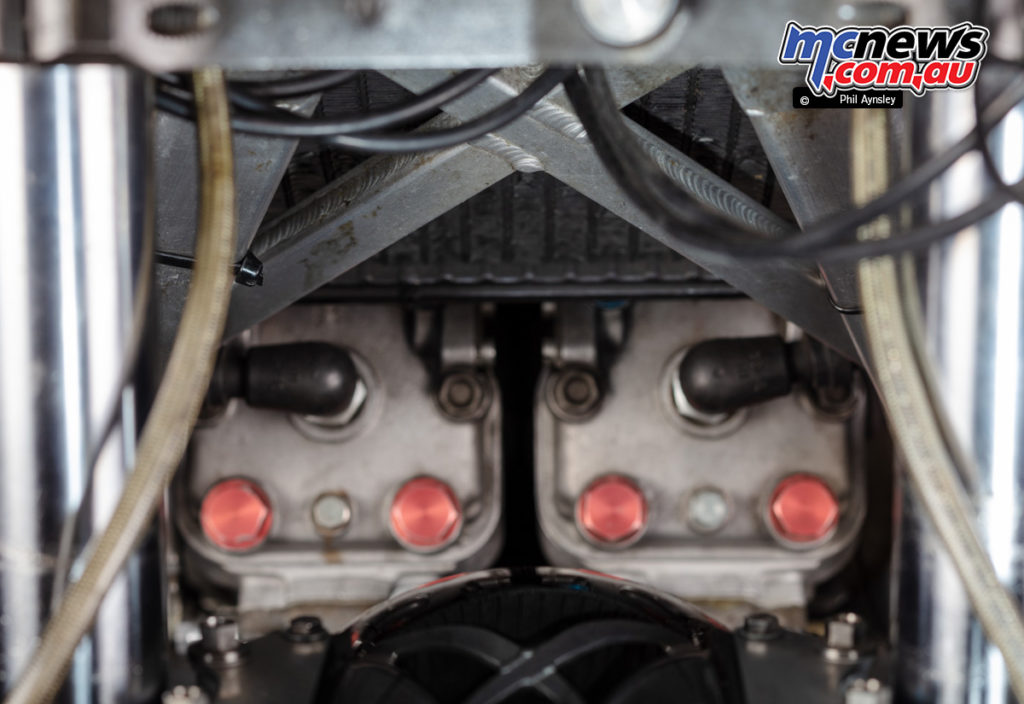 The bike seen here is fitted with the ’82 Daytona bodywork , although the “European” bodywork is also owned. 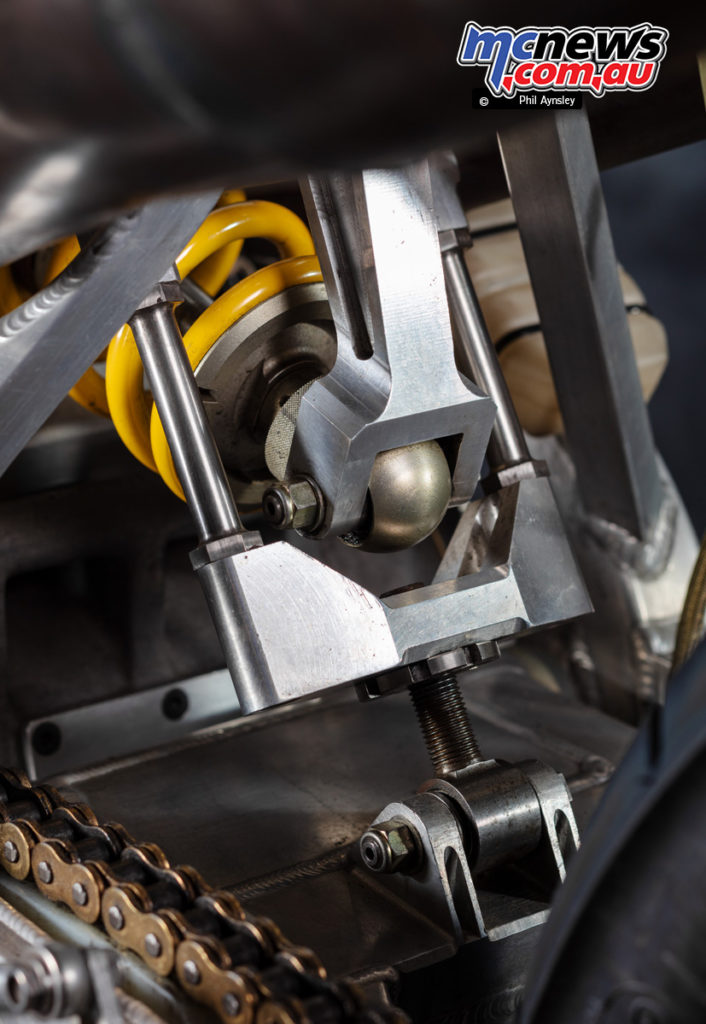 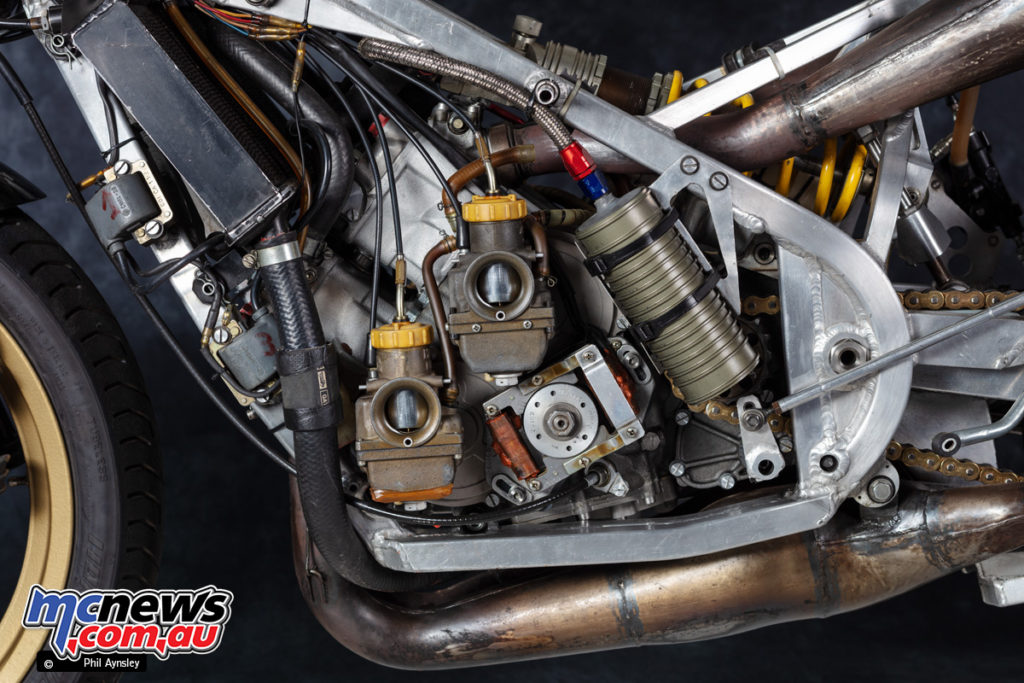