Marc Marquez signs extension with HRC until end of 2016

Honda Racing Corporation has announced the renewal of the contract with 2013 World Champion, Marc Marquez, for a further two years.

The young Spaniard took the MotoGP World by storm winning the Championship in his rookie season last year. It was a priority for HRC to re-sign the young sensation who has won every race so far this season – all from pole position. Since joining the Factory outfit – the Repsol Honda Team – Marc has finished on the podium in all but two of his twenty-two MotoGP races. He’s taken ten victories, six second’s and four third’s. He’s also accumulated thirteen pole positions in the premier class.

He arrives at this weekend’s French GP leading the Rider’s Championship by 28 points after just four rounds.

Shuhei Nakamoto – HRC Executive Vice President: “We are very satisfied to have reached an agreement to keep Marc in the team for a further two seasons. Of course as Honda we wanted to keep Marc in our family and he also wanted to stay with us so… it was natural to renew the contract even if it is very early in the season! He is enjoying a fantastic start to 2014 and even though he is still learning, his ability to absorb information and adapt to the machine is remarkable”

Marc Marquez: “I am very happy to announce my renewal with HRC. I had always dreamt about being part of the Repsol Honda Team, and thanks to Honda the dream came true a year and a half ago. Everything happened very quickly last season, and I would have never imagined that I could achieve what we did. Becoming World Champion during my first season was another dream turned into reality. It is a great honour to be a part of the Honda family and I’m glad to remain with this special group of people for another two seasons” 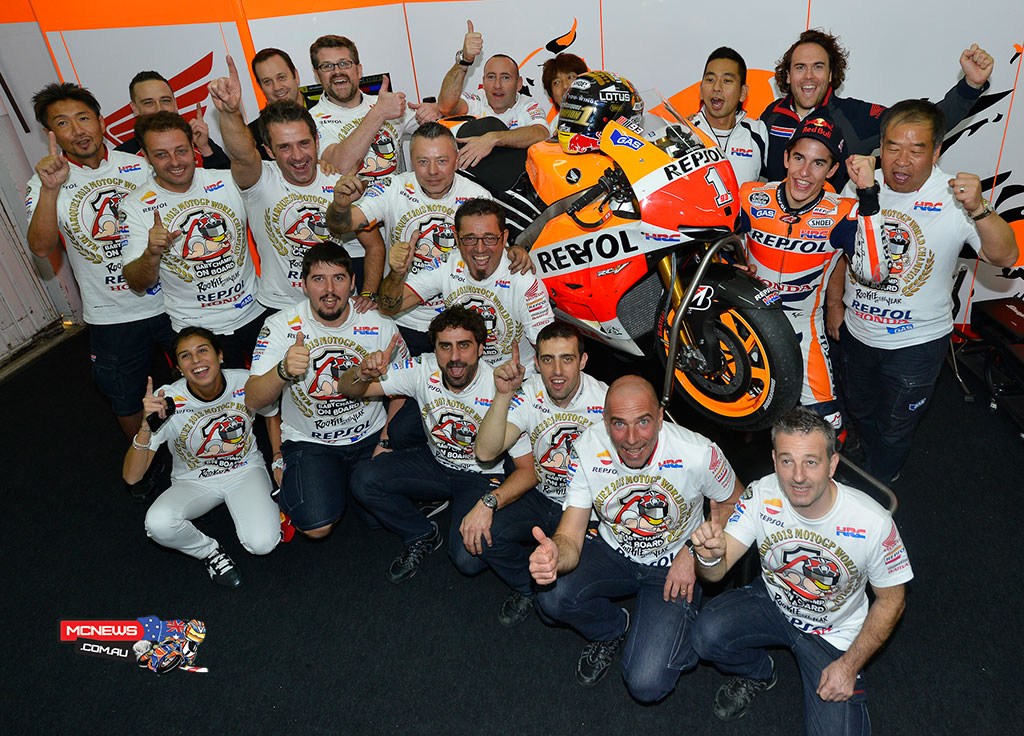 MV Agusta F3 800 Ago expected Down Under in July

Riders speak ahead of French GP and visit Paris Disneyland