by Trev
in Bike Reviews / Products, BMW News, Features, Motorcycle News, Touring
A A
Share on FacebookShare on TwitterShare

After another all too short, and all too interrupted sleep, courtesy of a car fire forcing the evacuation of my motel at Glendambo (see day two yarn with fire images here), I got out of Glendambo at 0630 this morning. The ambient temperature was four-degrees as I hit the road, but as I got further up the road that figure slowly dropped to one-degree, and pretty much stayed there for the next 200km until I neared the pinkish rabbit warren of opal mines that is Coober Pedy.

Despite no thermals, only the standard thermal inner lining that come under the BMW Street Guard suit, I remained warm enough with only a shirt under the jacket. Likewise the new DriRider Fluid gloves did their job in keeping my digits warm enough. The Fog City Pro, that comes standard with all Shoei helmets, ensured no fogging up inside the visor was encountered. Best fog protection system ever, I have been using them for 15 years and swear by them.

The sun had come up and hour or so into the 250km journey from Glendambo, before sunrise I was sticking to 100km/h, the big six-cylinder GT purring away at 2750rpm and loping along, begging to be let off the leash.  There were freshly dead roos by the side of the road every few km, and fresh blood soaking into the coarse chip tarmac. Reckoning my decision to pull up stumps at Glendambo the night before was the correct choice…

Then it was on to Marla before crossing the border in to the Northern Territory, and the 110km/h speed limit became a 130km/h. That was more like it.

I rolled in Alice Springs for a quick splash and dash at a fuel stop. With a population nearing 30,000, The Alice, as it is commonly referred to, is, unexpectedly, over 500 metres above sea level, making it one of the highest towns of that size in Australia. Thus, while it is more well known for temperatures above 40-degrees, and generally warm/hot days all year round, it also gets proper cold in Alice Springs. This month, July, back in 1976 they recorded a minus 7.5-degree morning! Brrr….

I have come to like the screen positioned around halfway through its electric on-the-fly adjustment levels. I am 178cm tall, and at this point of adjustment it is just at the precipice where the oncoming pressure changes to a reversed pressure to the back of the rider, I get to that point then lower it just a little to marginally favour the slight pressure from the front.

There is no real buffeting to speak of in any position, and even when massive road trains came the other way, or I overtook the 50 metre long behemoths, I rarely got even a slight little waggle through the bars of the GT. She is definitely stable.

Dusk descended all too soon, and I was forced to back off to a little under 100km/h, often taking emergency avoidance manoeuvres or emergency stops to avoid cattle in the middle of the road, or adjacent to the road and one step from entering my path without warning. The GT simply squatted hard and stayed on track when hitting the brakes with maximum power in simulated full emergency panic stops. 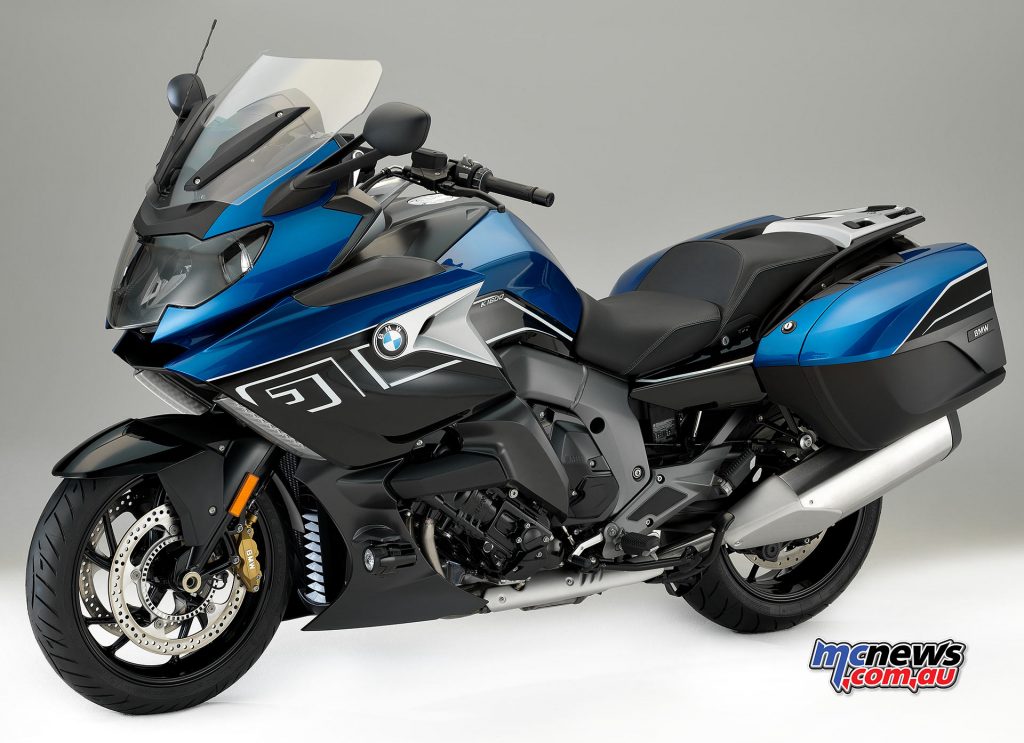 Unlike most cows, the ones up here seem to like travelling solo, thus there is no herd as such, just one lonesome bit of beef standing by him or herself, where ever they bloody well like. And sometimes that means in the middle of the road.

Their dark colour also is hard to pick up from a distance as it blends with the hue of the tarmac under lights, and when they are stood still there is no doppler effect to the eyeball to alert you to their presence. Evidence of car/truck meeting steer was all too evident via bloodstained tarmac, and swelling carcasses whose stewing innards were a ghastly assault on your nasal passages as you passed by.

A few bugs were about too!

The lower spot lights on the GT are great for lighting up the sides of the road just ahead and to the side of the bike. A godsend for country riding in Australia where wildlife dangers are ever present.

Today I finally remembered to put ear plugs in before hitting the road, between finishing up work and scrambling to get on the bike I had neglected to fit them, as I often do. Today the sound from the Uclear Amp Pro was much clearer when I had the ear plugs in, less wind noise meant everything sounded much better. Due to the plugs I had the unit on maximum volume, this shortened the battery life to around 900km today. A fair bit of laughter was had inside the Shoei GT-Air today, my listening choice was the first half of John Cleese’s autobiography via audiobook.

I eventually rolled into Tennant Creek a little after 8pm. 1450km had rolled under the wheels of the K 1600 GT for the day.

I had not even dismounted before a paralytic local took issue with where I had parked and wanted to pick a fight. He could hardly stand up, but I know well enough to walk away from situations like this, as more often than not there is another dozen mates around the next corner…

I grew up in Western Australia, and have spent enough time in country WA to know how these things generally go down. Wonder what the Euro backpackers or Asian tourists make of it when they enter towns like this, probably hightail it out of there if they had any sense I would think!

The K 1600 GT is caged up for the night at the motel where I am staying, pays to take every precaution you can in places like this.

Tomorrow I have about 985km to run to Hidden Valley. The thermal linings in the BMW suit will be getting removed in the morning, with a forecast minimum of 20-degrees in Tennant Creek for my departure, and a humid like only the top end can provide, With 32-degrees expected for my arrival in Darwin, now the aim of the game will be staying cool!

Again, it will not be a very early start, I can’t get back into the cage until around 7am, by which time sunrise will also be underway. Be interesting to see what time I make it out to Hidden Valley tomorrow.