A busy work morning loading content on MCNews.com.au meant that Trev did not hit the road until 10am

After a poor night’s sleep, mainly tossing and turning thinking about the work not getting done while I am on the road, I got back down to work at 0600 this morning before finally breaking away from the computer around 1000 to continue my journey westwards, towards Port August, before turning north towards destination Darwin. My morning mainly consisted of finalising the report from day one of my journey (link), along with putting together other various news pieces for MCNews.com.au.

First stop for the morning was Hattah. This small sandy town, an hour south of Mildura, plays host to the famous Hattah Desert Race, which will actually be staged this coming weekend! While that event, perhaps second only to Finke on the Australian Rally/Enduro calendar, is for sure a spectacle, I am heading much further north, inbound for the fourth round of the Australian Superbike Championship, which takes place this weekend, July 7-9, at Hidden Valley Raceway.

From Ouyen I headed up towards Red Cliffs, near Mildura, before then swinging west towards Port Augusta, via Renmark and Burra.

I sighted the coast for the first time at Port Germein. A place I stopped at overnight, the first time I rode across Australia some 20 years ago, aboard a brand new at the time, 1997 Suzuki DR650. The K 1600 GT is certainly a whole lot more luxurious than the DR that, by the way, is pretty much unchanged since that 1997 model I rode from Perth to the World Superbike event at Phillip Island the same year.

Those turquoise glimpses of the Southern Ocean were a welcome respite from the inland plains of South Australia. That will also be the last time I glimpse the ocean until greeted by the warmth of the Timor Sea later this week in Darwin.

The Uclear Amp Pro Bluetooth system ran out of battery after around 1200km of pumping tunes constantly into my helmet. If only using the system for phone calls it lasts for many days of riding.

I did, once again, get some rain today but I remain completely comfortable and dry inside the new BMW Street Guard suit. It was not a serious incessant drenching like experienced on day one. I had forgot to mention in that day one report that not one droplet of moisture had made its way into the panniers of the K 1600 GT. Rider and motorcycle proved watertight! 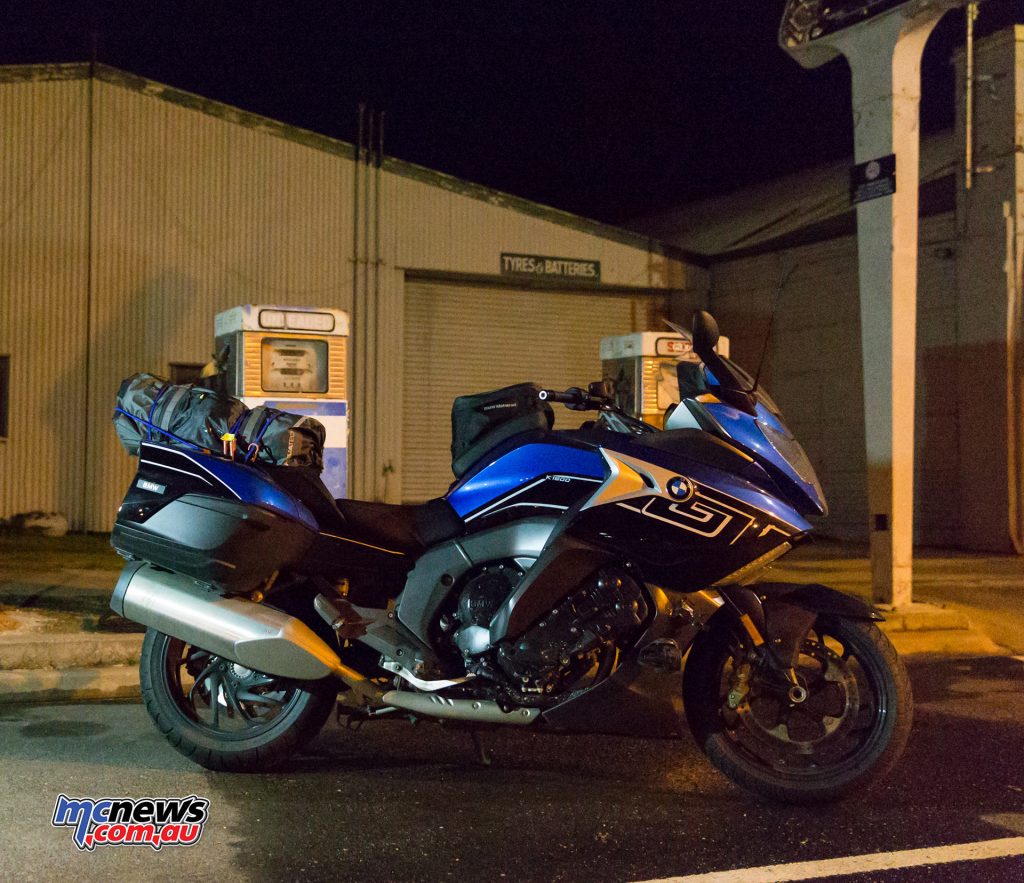 Also got my head around using the various display tweaks offered by the BMW Navigator VI. I learned how to flick through the various pages of the GPS system via the left hand switchblock while on the fly, also the facility to zoom in or out on the display to double check the forward route was not leading me up the wrong path was invaluable.

This is a complex motorcycle with a myriad of functions thus it does take time to really familiarise yourself and get comfortable with the capabilites of the systems, I think I am now pretty much fully across it.  Unfortunately, it is telling me I still have 2433km to go!

I called an early finish to the day around 1800 at Glendambo. Sheep were everywhere on the roadsides, combining that danger with errant kangaroos and emus, along with the early darkness borne by the recent winter solstice, saw me make the decision to call it a day at this tiny rural outpost, 250km south of Coober Pedy.

A 910km day in the saddle, which, by the way, is remarkably comfortable, and I was in no way uncomfortable on the bike. The only time I got any sort of niggle was in the crooks of my elbows, from the unfamiliar straight arm position of the bars, but a quick stretch while riding every now and then staved off any serious discomfort.

A visit to the Roadhouse for a pleasant dinner was in order, washed down with a few Coopers Reds. I took my laptop with me and worked there over a few beers until around 2200 when I retired to my room, for what I hoped would be a restful slumber. That was not to be the case… 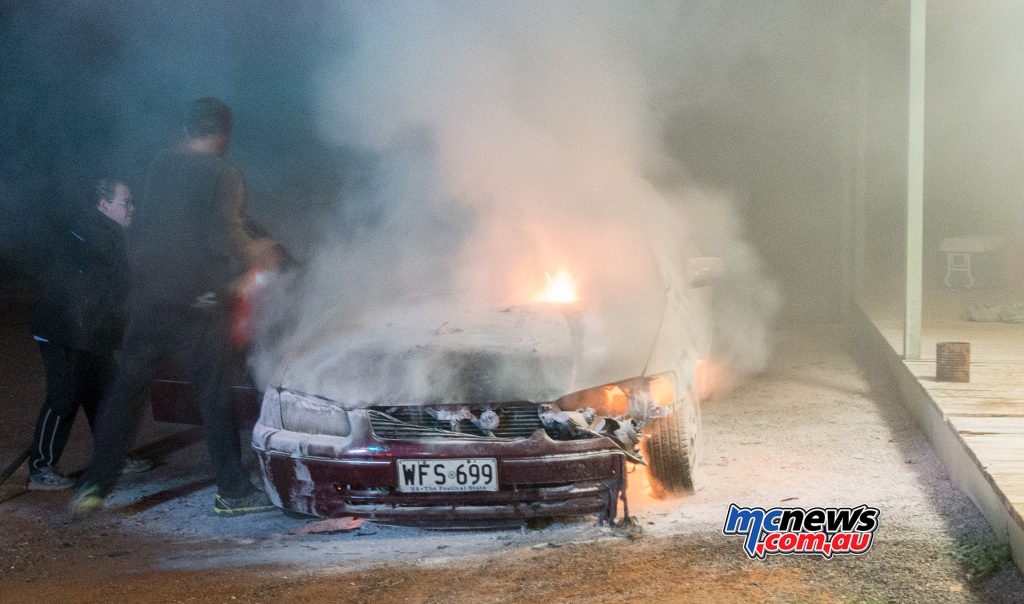 I was awakened after midnight by bangs on the door from roadhouse staff evacuating the building, as a car was going up in flames right outside. One time I was certainly glad of an early wake up call! Eventually the blaze was controlled and things settled back down.

I got up again at 0430 to update MCNews.com.au and finish today’s report before hitting the road around 0630 in an ambient temperature of four-degrees, mindful of the wildlife and stock that would be on the road at dawn, but keen to make some inroads towards Darwin.

Triumph give Street Scrambler updates for 2021