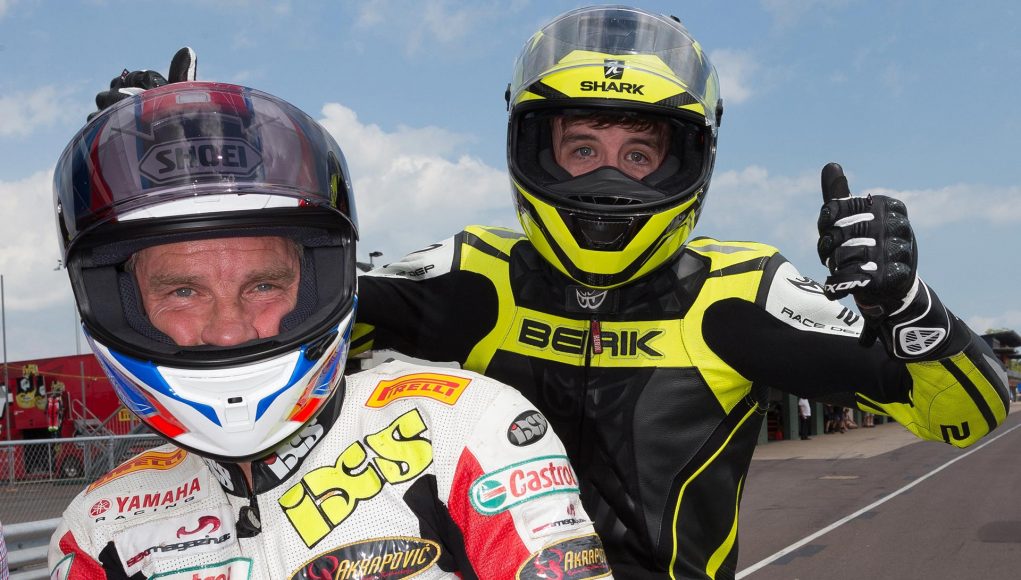 Pillion riders are most likely to hitch a ride most ASBK rounds with Martin and three time World Superbike Champion, Troy Bayliss. The lure of having a ride with these former Superbike legends is a huge appeal. Martin and Bayliss love taking race fans on track and giving them sensations they’ve never experienced before.

“The best part about taking pillions out for rides is the reaction on their faces when they come back in. Sometimes you can hear them screaming in the helmet and feel them gripping tight on the handlebars when braking deep in a corner. It just makes it all worthwhile when you can take someone on the ride of their life.  It’s up to the passenger to keep still and let riders to take control of the Superbike,” said Martin. “You’ve got to go with the flow, many pillions haven’t had any riding experience before, so what they need to do is hold on tight and let the rider take control. They also have to trust that when the rider leans, he won’t lean just far enough.”

“Taking passengers out on rides is completely different scenario compared to when I was racing,” according to Martin. “You can’t really move your body around on the bike like you normally would, braking does occur in similar zones, but more in the middle of the corner and corner entry, especially on the tight and technical tracks, it’s very difficult to move the bike around. A track like Phillip Island, where its fast corner entry and on exit it’s a lot easier with a pillion on the back. As far as my riding style, I’m nowhere near as fit as I was, so I’m obviously riding less aggressively and riding more safely. It’s hard to contain yourself sometimes though, especially when you’re sharing the track with Troy Bayliss.”

Martin is well accustomed to racing wheel to wheel at incredible speeds; “

The pillion rides take place on a Yamaha YZF-R1 with Martin or on a Ducati 1299 Panigale with Bayliss.

To go in the running to win one of two Superbike pillion rides!

All you need to do is tag a friend in the ‘ASBK Pillion Ride’ competition post on Facebook and hashtag the name of the rider who you think will take the Round 5 Morgan Park Raceway ASBK victory, and you’re in the draw! Competition winners will be required to make their way to Morgan Park Raceway (QLD).

Winners will be notified on Monday August 21st.

Round 5 of the ASBK will take place at Morgan Park Raceway 25-27 August.