Franco Morbidelli (EG 0,0 Marc VDS) has taken another stunning win in the Dutch GP, bouncing back from some more difficult races to take the honours in the Moto2 race of the season. Key title rival Tom Lüthi (CarXpert Interwetten) took a close and hard-fought P2, with Takaaki Nakagami (Idemitsu Honda Team Asia) completing the podium after some final chicane shenanigans with Mattia Pasini (Italtrans Racing Team).

It was a train of six at the front early on off the start, but Lüthi got the holeshot ahead of Morbidelli and Nakagami, with Miguel Oliveira slotting into P4. By the end of the first lap, Alex Marquez (EG 0,0 Marc VDS) and Pasini were up into the fray, and the group started to pull away. Morbidelli pulled a small gap before Oliveira hunted him down to take over, with Pasini then moving through for second. 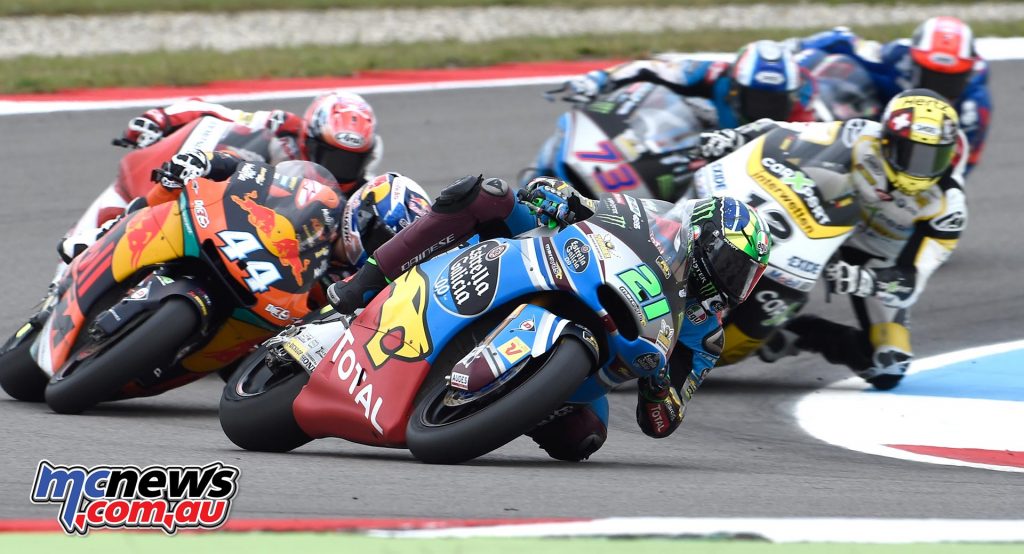 The Mugello winner then tapped the rear of his bike to show he had the pace before proving the point as he attacked Oliveira for the lead, and the battle remained a true battle as the laps ticked down under the constant threat of rain – with elbows out and some incredible moments and moves exchanged. After the chaos it was Nakagami at the head of the race, determined to hold station after fighting off first Pasini and then Morbidelli.

Lüthi fought back to prove the closest challenger with four to go, and the Swiss rider struck for the lead soon after – with Morbidelli following him through to shuffle Nakagami back into third. It was then fourth, then fifth for the Japanese rider as Pasini and then Oliveira pounced. Nothing was between the top five as the last lap came around, with Morbidelli pushing past Pasini at the final chicane into second – preparing a last attack on his key title rival in the lead: Tom Lüthi. 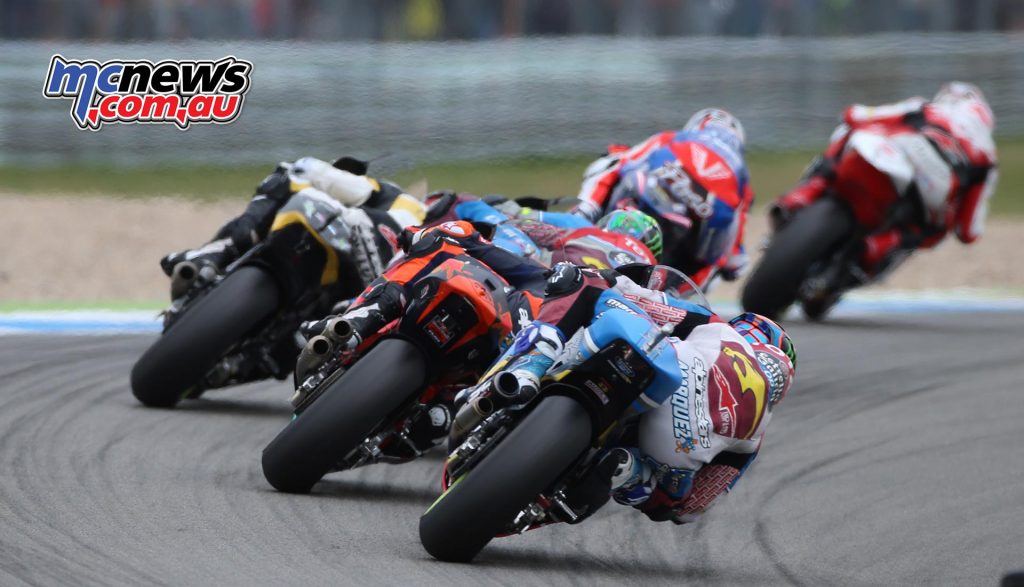 The two points leaders were clear at the front for the final duel and the Italian struck early against the Swiss rider. Lüthi found himself just too far back at the final chicane, taking a solid second and another 20 points for his title push – leaving Morbidelli to take another stunning victory after recently announcing his graduation to the premier class next year.

“I gave absolutely everything in that race and that’s what makes the victory feel even more special. The battle was so intense that I was just doing all I could to stay in contention for the win in the last five laps. Once I could stay close for an attack at the end I was always confident I could take the win. I had to ride the final sector like the best in my life without making a mistake and I did that. It was perfect and nobody could try and overtake me at the final chicane. That was the toughest of my five wins by a long way and I’m pleased to show that I can still battle well and manage the fight when it is so strong. It was important to get back on the podium after the difficult last two races and it is the perfect way to end a dream day for me after confirming my MotoGP future with Team Estrella Galicia 0,0 Marc VDS.” 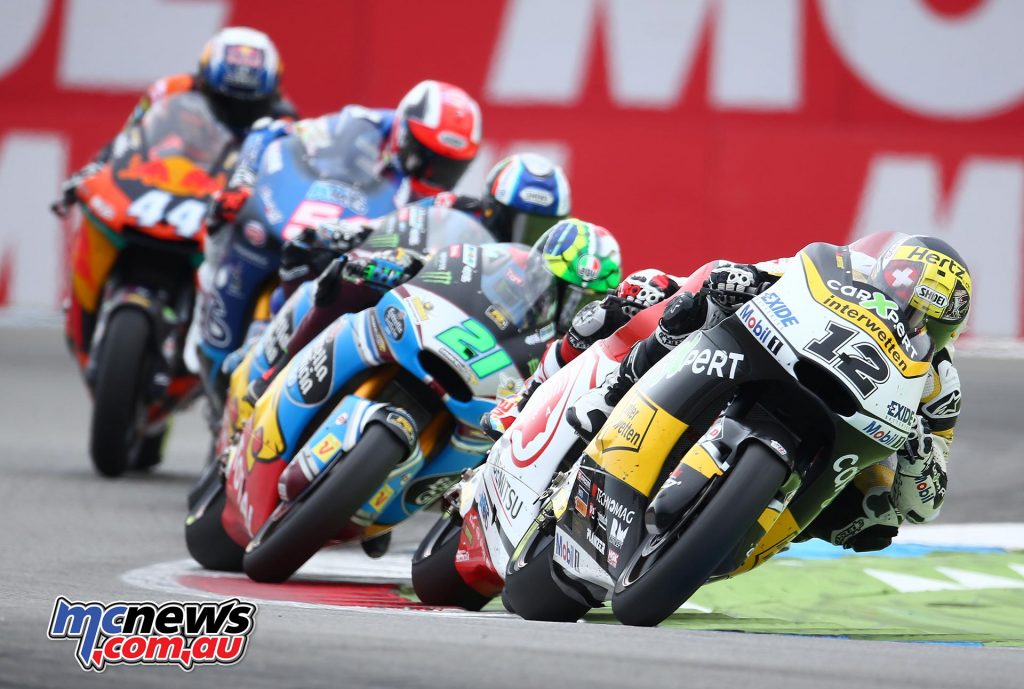 Miguel Oliveira stayed out of trouble at the chicane to take fifth, with Alex Marquez then completing the top six after struggling with grip in the latter stages.

“It was a long and hard race today. My first lap was really good but to be honest, we needed the warm up to be dry this morning because we had a few things to test in order to try and amend the chatter issue that we had.

“However, due to the rain, we could not do this, so we went into the GP knowing that everything was not absolutely perfect. Anyway, in the sprint itself, it’s a shame that I couldn’t pass Navarro at the end for the last point. I did my best to go around the outside of him at the 14th corner but I couldn’t make it stick, yet races are like that sometimes.

“I think that now we just have to work a little bit more on the bike but I know that we can make these steps forward and when we do this we can finish the rest of the season in a really good way.”

After some classic contests at the TT Circuit Assen, it’s now on to Germany for round nine before the summer break.

Related News – Franco Morbidelli to MotoGP in 2018 with MarcVDS (link)