In the initial race, Oliveira got the best start off the line, but Mattia Pasini (Italtrans Racing Team) soon struck back on the first lap to take the lead – leaving the KTM to duel Morbidelli. Alex Marquez (EG 0,0 Marc VDS) made a good start to soon slot into fifth, with Brad Binder (Red Bull KTM Ajo) tagged onto the back to make a lead group of six.

Then the rain began to fall, and as the frontrunners began to raise their hands, the Red Flag came out. It would be the Quick Restart procedure, sadly missing Sandro Cortese (Dynavolt Intact GP), who crashed ahead of the flag, and Dominique Aegerter (Kiefer Racing), whose bad luck continued after contact on Lap 1 saw him out of contention.

The grid was formed from the standings on the last lap before the Flag, putting Pasini back on pole. As the lights went out and all eyes turned on the front row, Lüthi stole the limelight as he made the start of the century, taking the holeshot from seventh on the grid. Alex Marquez slotted into second, before drama hit just behind soon after as Pasini then slid out, bringing his 200th GP start to a sadly premature end.

As Lüthi bolted, Marquez followed and it was Oliveira on the chase – with Morbidelli getting swamped in the mad dash. Luca Marini (Forward Racing Team), Xavi Vierge (Tech 3 Racing), Simone Corsi (Speed Up Racing) and Francesco Bagnaia (Sky Racing Team VR46) all flew past the points leader, with a battle of the rookies between Brad Binder and Jorge Navarro (Federal Oil Gresini Moto2) raging behind him. 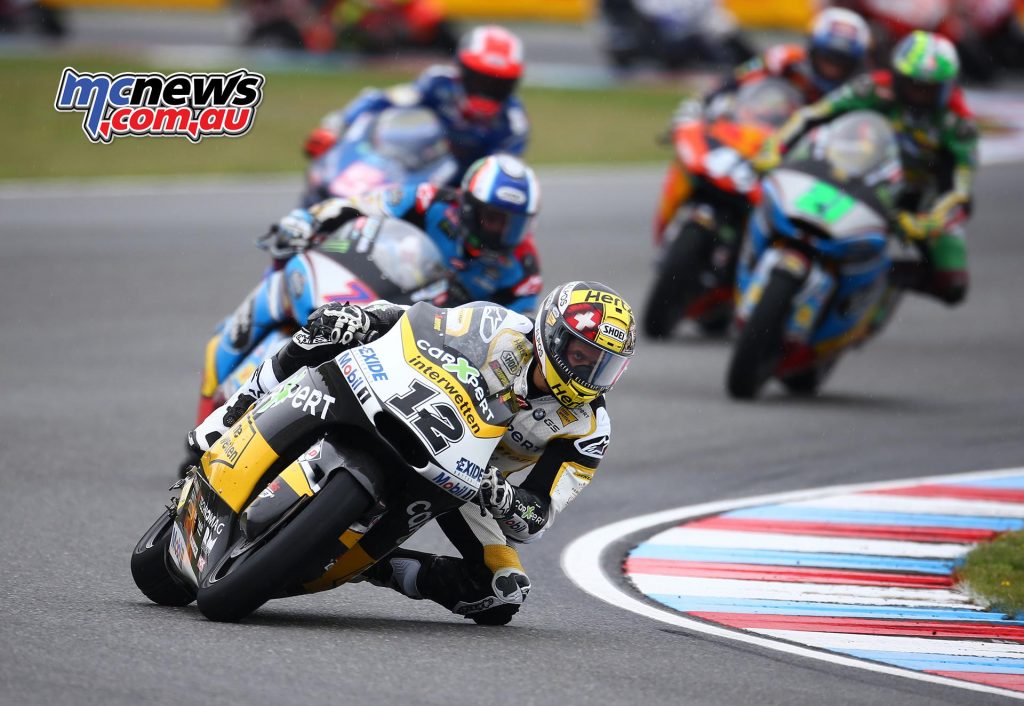 Alone at the front, it was near-perfection from Lüthi, who simply disappeared into the distance to cross the line almost five seconds clear: a stunning 25 point haul sending shockwaves through the title fight. Marquez took an impressive second on his return from injury after a similarly faultless performance in the tough conditions, with Oliveira just unable to chase down the rider from Cervera and forced to settle for completing the podium. 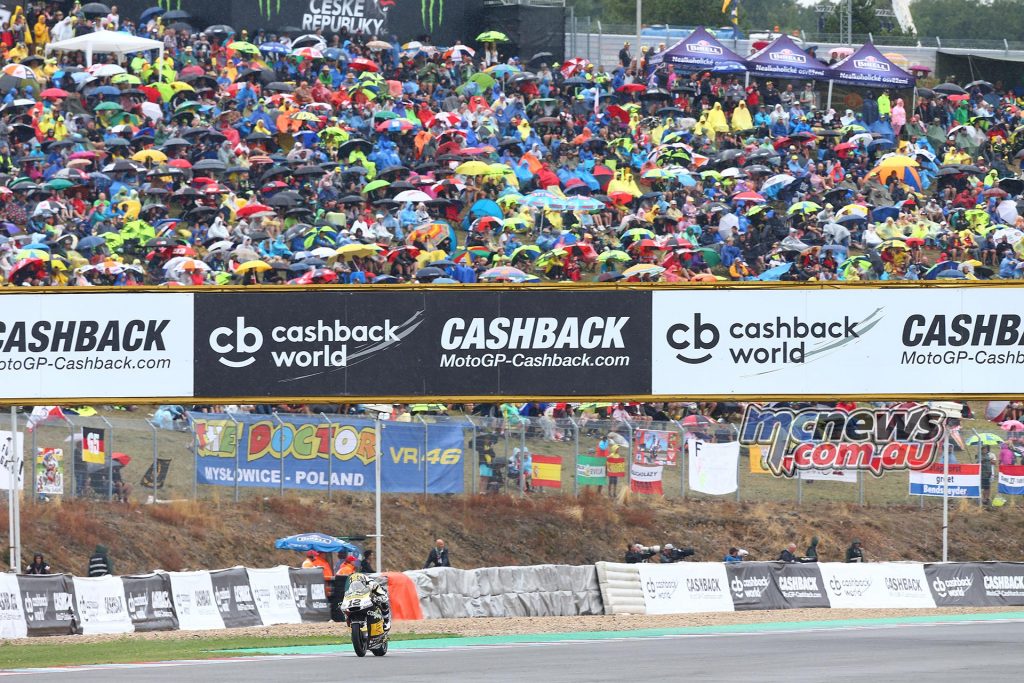 Marini took P4 ahead of Vierge in their best ever results, with Corsi behind and able to create some fresh air between himself and Bagnaia. Holding onto P8 all eyes were on Morbidelli, but he managed to salvage some solid points on the tough sprint to the finish. 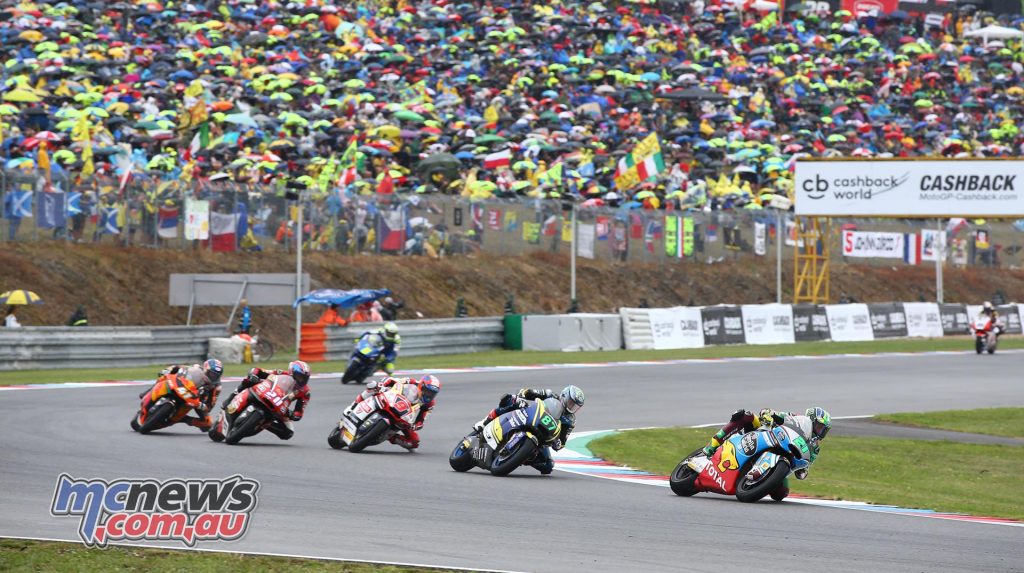 Completing the top ten were two more candidates for joining Lüthi for ride of the day, with Remy Gardner (Tech 3 Racing) charging up into ninth to impress for his best ever result.

Remy Gardner kicked off the fight from the ninth row of the grid and after a positive start, he was running in 23rd before the race was stopped. When the frantic six lap dash commenced, Gardner took advantage and stuck into a superb rhythm as he aggressively moved through the field. His determination paid off and he sped across the finish line in 9th, after starting the Grand Prix from 26th on the grid.

“A small crash in FP1 wasn’t the way I wanted to return from the summer break but it was good to be back on the bike nevertheless. FP2 I struggled a little with the front feeling but the team and I worked hard and all in all it wasn’t too bad. FP3 was good and we made a big step but in qualifying I had no grip, and was a second slower than I went earlier in the day meaning 26th on the grid. Today was positive. I gained places in both starts but in the restart I felt much stronger from the get go and used my head to get my best ever GP finish. I crossed the line just behind Morbidelli who is leading the championship but we still have work to do.

“I’m extremely happy and already looking forward to getting back on my Tech3 Mistral in Austria next week. Thanks to all my team and to everyone who is supporting me.”

“I am really happy with Remy Gardner because the short six lap race gave him the chance to shine. I hope this result and his performance shows the light at the end of the tunnel for him after the injury that he sustained in Argentina. He worked really hard with a lot of pain in the last few GP’s but today he was only a few metres behind the championship leader at the end, so we are very proud of what he did. To have both riders inside the top nine is a great achievement and let’s hope this is going to boost the spirit of the team and we will start FP1 in Austria on a positive note.”

Joe Roberts (AGR Team), in his first ever Moto2 World Championship race, moved up from P28 to take P10 and his first six points – an unbelievable rookie ride for which FP1’s wet pace laid the foundations. 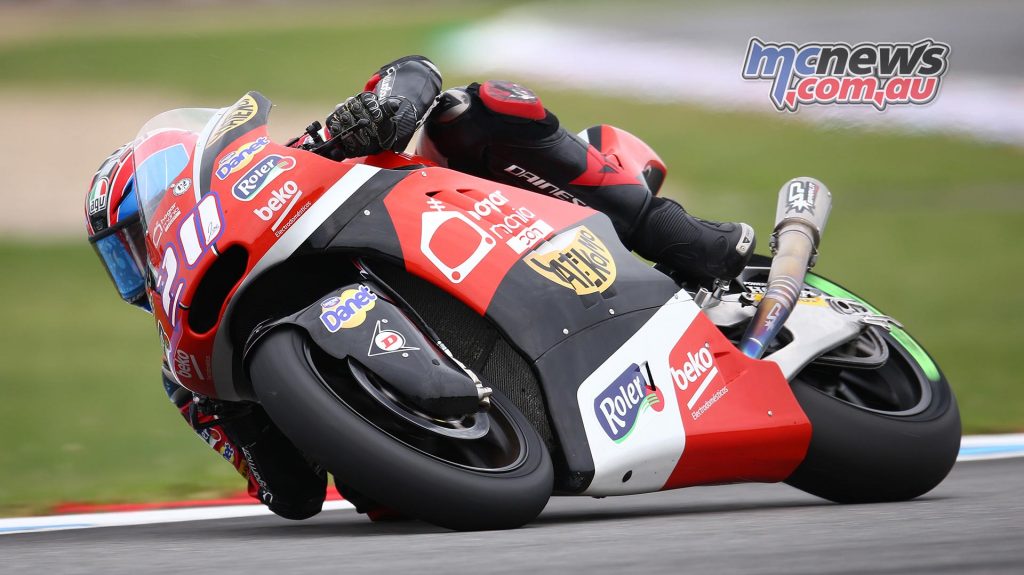 Jorge Navarro took a solid P11 after a good weekend, with Brad Binder back on the hunt after a tough first half to the season with injuries to take P12. 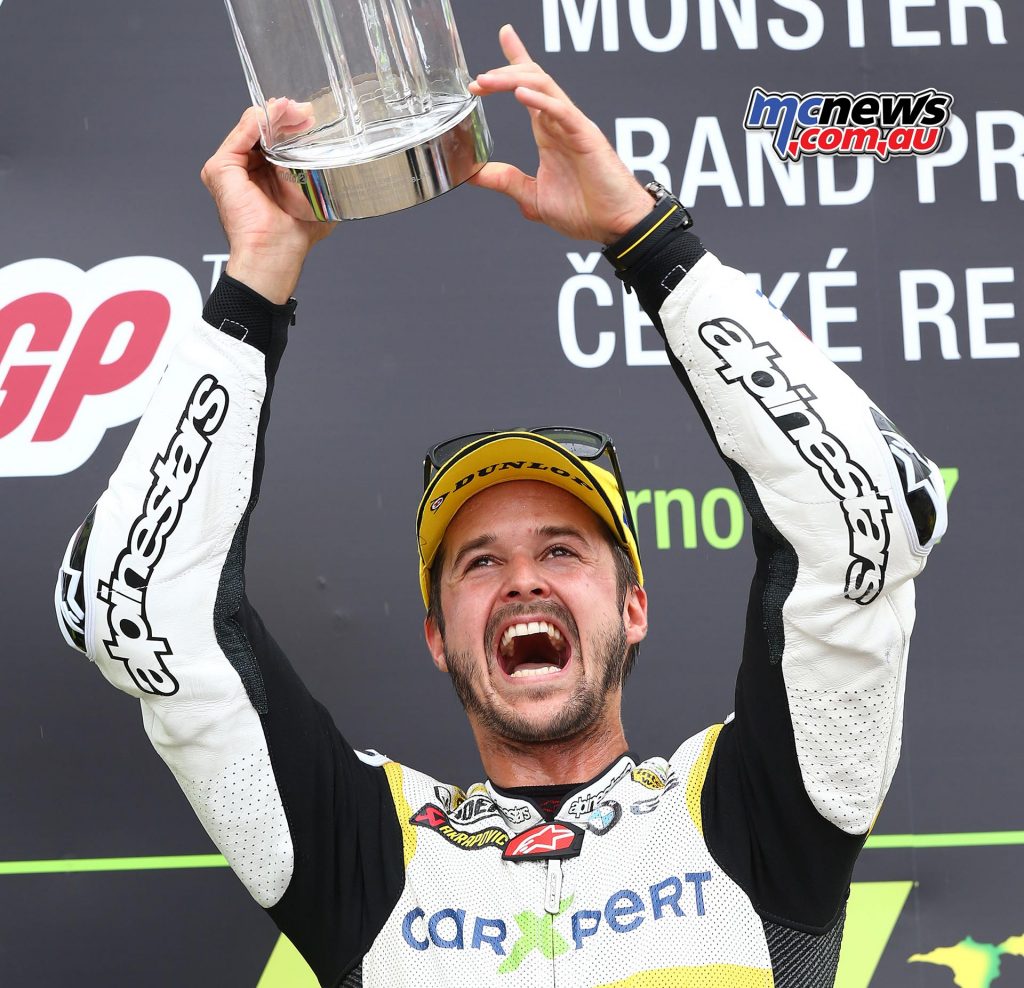 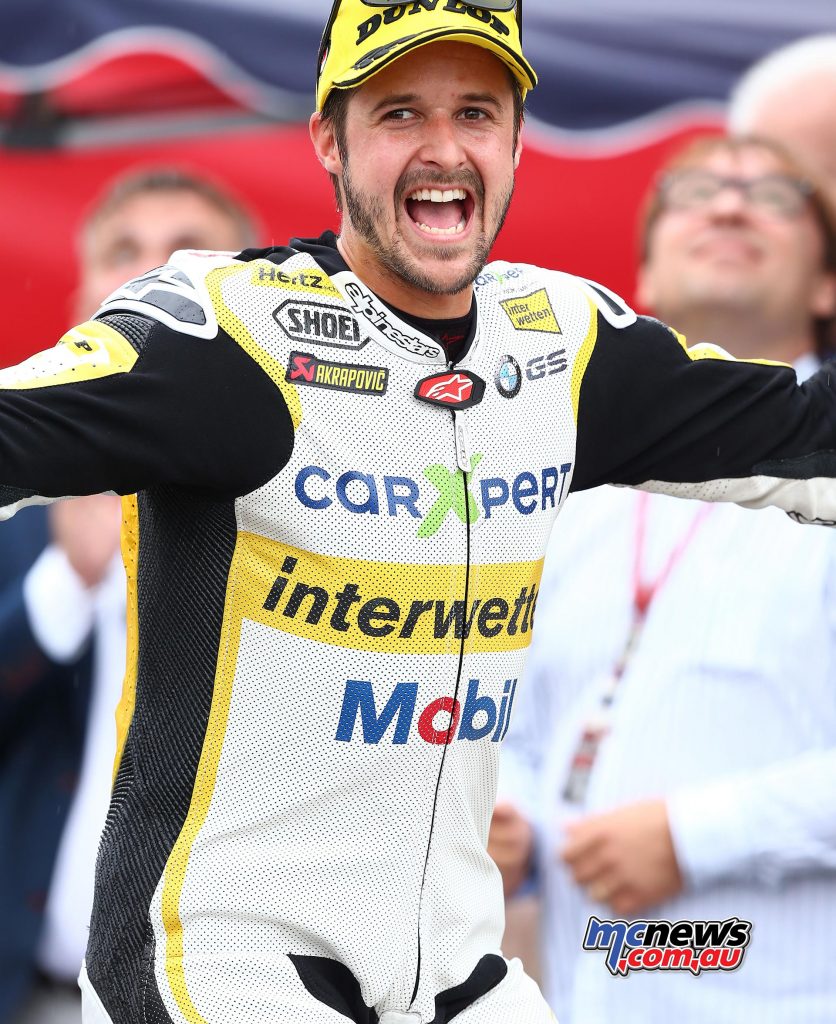