Race of Champions V4 Panigale machines to be auctioned

The weekend of July 20-22 will see Ducatisti descend upon the Adriatic Riviera and the “Marco Simoncelli” Misano World Circuit for the 2018 edition of World Ducati Week. A highlight for many no doubt will be the Race of Champions.

Dovizioso, Lorenzo, Petrucci, Miller, Davies, Melandri, Rinaldi, Pirro, Abraham, Rabat, Fores and our own Troy Bayliss will be the combatants in a thrilling clash on limited-edition Panigale V4 S bikes. The 12 will throw down the gauntlet on Saturday 21 July. 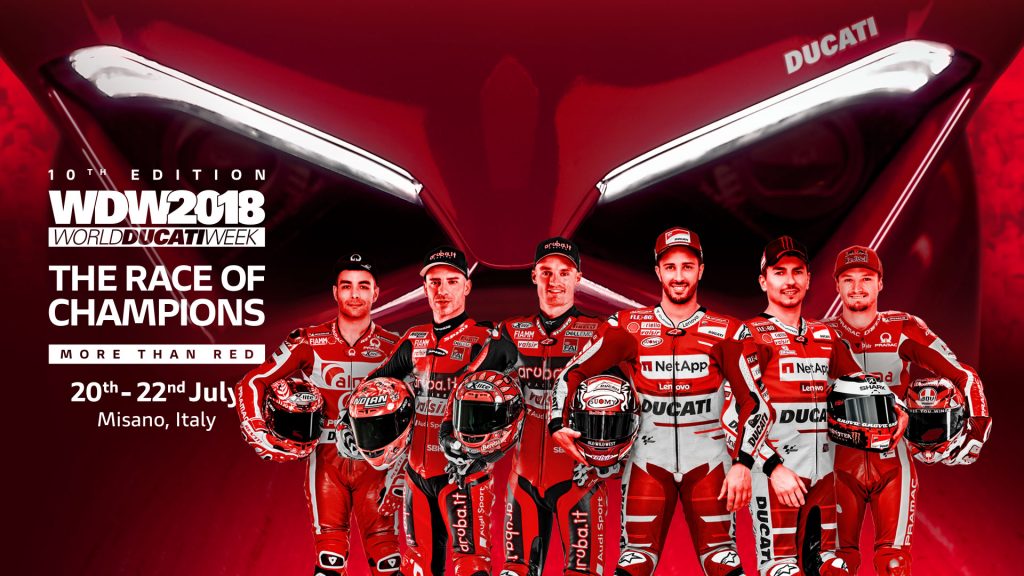 The competition machines will then be able to be purchased via a public auction on eBay. The auction will open at 18.00 on Saturday 21 July and close on 18.00 on Saturday 27 July. To accompany this special sale, eBay is setting up a Ducati Store with a “Race of Champions” theme.

Each bike features livery and graphics dedicated to an individual rider, with colour schemes drawing their inspiration from the bikes used in MotoGP or SBK races. A plaque on the steering yoke will show the rider’s name and race number and his signature will be on the tank.

A certificate of authenticity, signed directly by Claudio Domenicali, CEO of Ducati Motor Holding, will give the purchase added value. Moreover, the bikes feature a series of special components used during the Race of Champions and a complete set of original parts, exhausts included, required for legal road use.