The opening bout of the Australian Supersport Championship schedule at Phillip Island this weekend was played out under clear and sunny skies in front of the World Superbike Championship crowd.

Daniel Falzon blasted away from the start line to head the 34-strong field through the re-surfaced turn one before being pipped by Ryan Taylor through the ensuing turn, the Pirelli rider then put his head down and tried to make a break from the field. 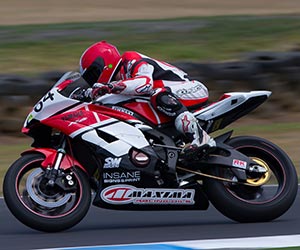 By the end of lap one Taylor enjoyed a full-second lead over Falzon, who has his hands full fending off challenges from Aaron Morris. That pair continually traded paint during the latter part of the opening lap and throughout the entire second lap and reeled in Ryan Taylor, who had slipped from a clear lead back down to sixth place in the space of a lap. Michael Blair crashed out of fourth place with eight laps to run.

Falzon then made his break, stretching out a full second from his pursuers, before a major moment allows him to fall back into the clutches of Morris, and Ryan Taylor who had discovered his second wind to pitch his hat back in the game.

As the mid-point of the ten-lap race approached Falzon and Morris broke away from their pursuers and were looking to make it a two man race for the win while Ryan Taylor, Michael Lockart and Chris Quinn tussled hard over third place.

That second group of riders had other ideas however, and as the laps wore on closed the gap to that leading duo back down to nothing.

Morris appeared to perhaps have the measure of Falzon, as the South Australian’s YZF-R6 tying itself in knots as Falzon pushed the bike harder than it was prepared to take. A big front end lose at Lukey Heights, and some major wiggle action out of turn three some of the protests from his Yamaha. 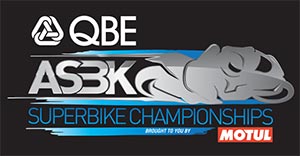 Chris Quinn took advantage of Falzon’s loss of composure to challenge and then take second place with two laps to run.

The battle stepped up another notch on the final lap as Quinn made his move on Morris, who retaliated and the pair traded places for the lead. Out of Siberia it was Morris but Quinn stayed right on his tail through the Hayshed, over Lukey and through turns 10 and was in the slipstream through 11 and 12…. Side by side across the line, the timing team called it for Morris by 0.099 of a second over Quinn. Daniel Falzon managed to hold off a last-lap challenge from Ryan Taylor to claim the final step on the rostrum.

Aaron Morris celebrated his hard won victory with a stylish mono on the Maxima Yamaha YZF-R6 on the cool down lap.

“I didn’t get the greatest start and worked out quickly that the track temperature had gone up a lot from the warmup which I knew would make things difficult,” said Morris.

“I hit the front on lap 4 or 5 and was able to stay around there for most of the race, I didn’t know Quinny (Chris Quinn) was coming up on me and was pretty stoked to come away with the win.

“I’m a lot happier that tomorrow’s race will be earlier and hopefully the track temperature will be down a bit.”

After the race Daniel Falzon’s pit crew found that their tyre pressure gauge was faulty and he started the race with the completely wrong pressures, this was the contributor to his handling problems during the race. 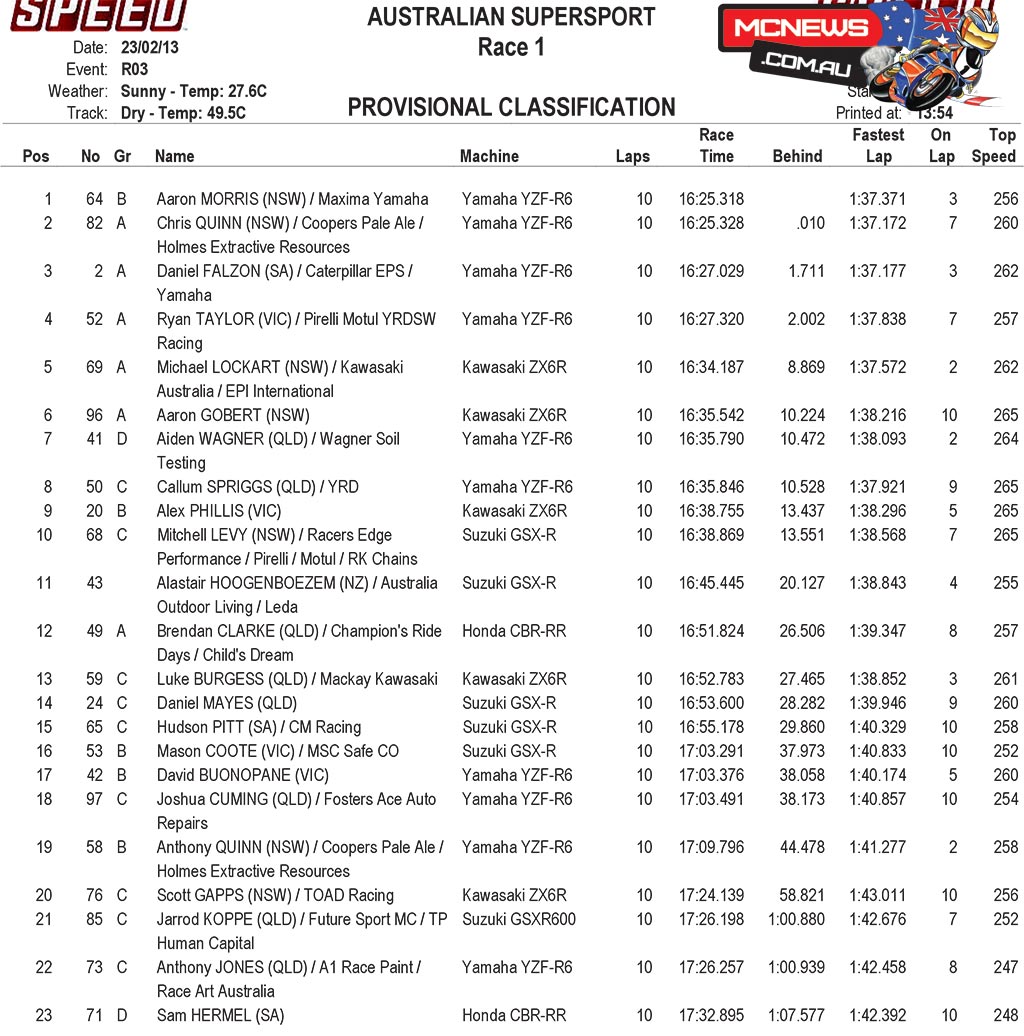 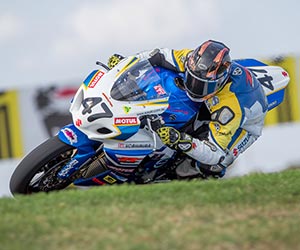 “It’s my first official qualifying session on the bike and I couldn’t ask for much more than to come away with P1 to start the year,” said Maxwell.

Beau Beaton (34.04) was next best on the Racers Edge Suzuki ahead of CM 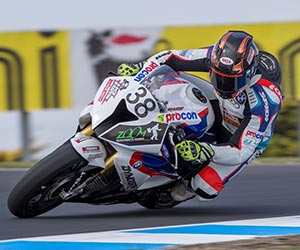 Historics bout but the Irving Vincent called it a day with three laps to run, leaving Giles with a 16-second lead over Michael Dibb.

Wayne Maxwell was the first man to dip into 1m33s bracket today at Phillip Island, suggesting his move to Team Suzuki for season 2013 is not going to slow the Phillip Island specialist down. Maxwell set his 1m33.945 halfway through the 30-minute session, a full two-seconds faster at that point than next quickest rider Linden Magee (Dynotech Maxima BMW), the Queenslander 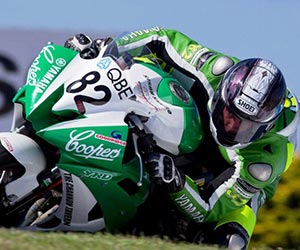