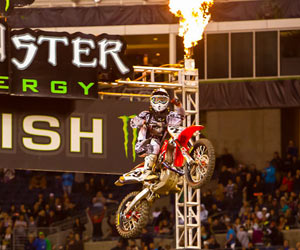 Weimer advanced into second place on Lap 6, while JGRMX/Toyota/Yamaha Davi Millsaps secured third place and set his sights on Weimer. Weimer and Millsaps mixed it up on Lap 7, trading places for second place with Weimer holding the position. Millsaps finally made the pass on Weimer on Lap 10 and rode to a second place finish. Dungey won with an 8 second margin of victory 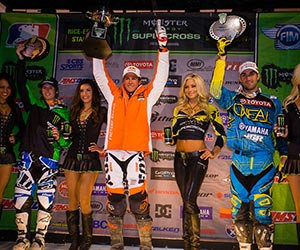 “After the Heat Race, we made a change to the bike that really helped out in the Main Event,” said Dungey. “The track was hard-packed tonight and a little tough. I am really happy that I could get this win for the KTM team.”

Barcia capped off his championship-winning Eastern Regional Supercross Lites Class season by winning the Nuclear Cowboyz Holeshot Award before leading all 15 laps of the Main Event en route to his sixth victory of the season. Barcia clinched the championship earlier this year at the New Orleans stop.

Behind Barcia, Red Bull KTM’s Ken Roczen assumed the second-place position with Monster Energy/Pro Circuit/Kawasaki’s Blake Baggett in tow, where they would finish.

Following Barcia’s win, he made the announcement that he will ride for the Team Honda Muscle Milk squad next year, and the first time he will race for the new team will be at the Monster Energy Cup at Sam Boyd Stadium on October 20. 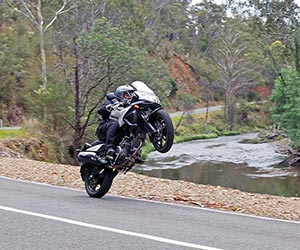 “This is a dream come true, and I am looking forward to racing for Team Honda Muscle Milk,” said Barcia. “I am happy to close out the season with a win; the track was difficult for me out there, but I was able to keep it together.”

On Lap 3, Anderson moved into third place, passing Davalos, but moments later made a mistake that allowed Davalos to take back second place and Monster Energy/Pro Circuit/Kawasaki’s Dean Wilson to move into third. Wilson passed Davalos on Lap 5 to take over the number-two position. GIECO Honda’s Wil Hahn moved around Davalos on Lap 11. Wilson finished second and Hahn finished third.

“This shows that GEICO Honda has done a great job this year with us winning both Supercross Lites Class titles and Wil [Hahn] finishing third tonight,” said Tomac. 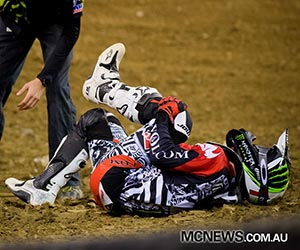 lap Dave Coombs Sr. East/West Shootout. Once again, Barcia won the Nuclear Cowboyz Holeshot Award, and he was trailed by Davalos and Tomac.

On Lap 3 Davalos took advantage of a mistake by Barcia to move into the lead. Two laps later, both Barcia and Tomac moved around Davalos. Barcia was able to hold off the hard charging Tomac for the win. Tomac finished second and Davalos was third.

The Red Bull KTK US Supercross and SX Lites team wound up a great season at the Las Vegas Supercross Finale at Sam Boyd Stadium with a race win by Ryan Dungey and all three factory riders on the end of season podiums for their respective classes.

Dungey’s win in Las Vegas was his fourth for the season and despite having missed five races he finished overall third to underline he is fully recovered from his broken collarbone and 100% ready for the outdoors competition. The team’s two ‘rookies’ Ken Roczen and Marvin Musquin finished their seasons with Ken second overall in the SX Lites East Coast division and Marvin Musquin third overall in the West Coast competition.

Dungey may have had a rough start to his heat in Vegas but he went on to finish second. Then in the main event, he was second at the start behind Mike Alessi, slipped past him into the lead in the third corner and never looked back. Once Dungey put his KTM 450 up front he had pulled out to over a 10 second lead by the halfway point and at one point had a 15 second lead on the field. Dungey enjoyed the final lap of the race celebrating with some whips and eventually crossed the finish line to take his fourth win of the season.

“It feels great to end the season with two wins,” remarked Dungey. “This was a tough season for me. I am glad to end it on a positive note. I am so happy to be a part of the Red Bull/KTM Team and am grateful for all their support. We are turning our focus to outdoors now with a goal of winning the championship.”

Dungey will now return to California where he will train for outdoors over the next two weeks before heading to Sacramento, CA for the opening round of the AMA Motocross Series on May 19, 2012.

The Red Bull/KTM Team of Ken Roczen and Marvin Musquin put together two impressive rides to finish fourth and fifth respectively in the traditional East vs. West Supercross Lites Shootout held at Sam Boyd Stadium after first racing the final round of their respective competitions facing off in a 15 lap main.   Roczen was up first in the East Lites Supercross class, was fourth at the start and quickly moved into second by the end of the first lap, a position that he carried all the way to the flag. His finish also secured him second in the overall point standings. Musquin was up next in the West Lites Supercross main and held on to fourth place for the for the first three laps. But still troubled by a hand injury from the weekend before, he dropped to sixth and held the position through to the end of the race. Musquin picked up enough points to secure his third overall for the season.

Both riders had a small amount of time to recover and then they were back out on the track to tackle the East vs. West Shootout. Musquin got a decent jump off the start and was fifth around the first corner while Roczen was back in ninth. Roczen showed his speed in the first few laps and moved his KTM 250 up to fourth place. He and the top three then engaged in a great, crowd-pleasing battle for the lead position. Roczen was able to hold the fourth place position throughout the remaining laps despite heavy pressure from his teammate at the end of the race. At the line Roczen and Musquin were 4-5.

Both Roczen and Musquin will now spend the next two weeks testing for outdoors before the series opener of the AMA Motocross Series.