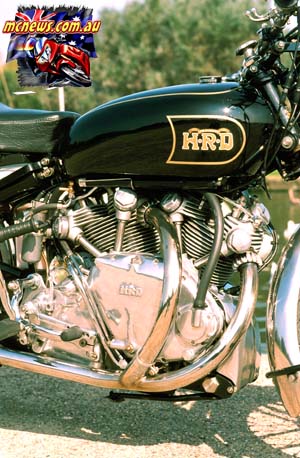 Discussing the Vincent big twins in normal motorcycling terms is rather like referring to Mount Everest as a high part of the Pennines: comparisons simply do not do justice to one of the most remarkable motorcycles ever put into production.

At a time when even a very good super sports bike was pushed to scrape over 100mph, the touring Vincent would burble along all day at well over the magic ton. The sports version of the firm’s touring Rapide, the Black Shadow, was a genuine 130mph superbike and for the very, very brave the full race spec. Lightning was good for 150mph.

Vincent owners did remarkable things with this remarkable motorcycle. Theatre manager Jim Kentish sent off for Brooklands one morning on an early, and completely standard, Vincent Rapide tourer, ran off a batch of 100mph laps to earn his Gold Star, and then nipped back to work at Kew Theatre for the evening performance. This was the Vincent legend writ large.

The post-war Vincents positively bristled with clever ideas – some of which were decades ahead of their time. The engines were stressed members of an extremely clever frame, in which the top spine held 6 pints of oil whilst the triangulated swinging-arm pivoted through the rear of the crankcase giving an extremely short wheelbase for such a big bike.

The riding position was almost infinitely variable, the dual front brakes balanced for perfect stopping and the front forks flex free. In fact, on paper, the Vincent had everything of which the experienced motorcyclist could ever dream. Except for one thing: the price. In 1951, a Black Shadow was a stunning £402.10s when a BSA Gold Star was considered to be a luxury purchase at £253.

Not only was the price against the Vincent but so was its unique nature. To many keen motorcyclists’ eyes, the Vincent, with its irregular lines, was ugly. It might have been a tour de force technically but in aesthetic terms it looked all wrong. It also demanded a lot of mechanical sympathy. At a time when anyone could get on a Triumph Thunderbird, start it with one kick and look like Marlon Brando, the Vincent required experience and planning to coax it into life.

The famed 100 mph cruising was also very much a paper blessing. In 1951, British magazine road testers reported that: “No airfield or stretch of road could be found which would allow maximum speed to be obtained.” In post-war Britain, 120mph was reserved for the Grand Prix circuit – not the public road.

Riding a Vincent today is still a remarkable experience – but most definitely an acquired taste. It’s worth riding a Vincent if only once – and then returning to more mainstream bikes for a more easily digestible motorcycling meal. 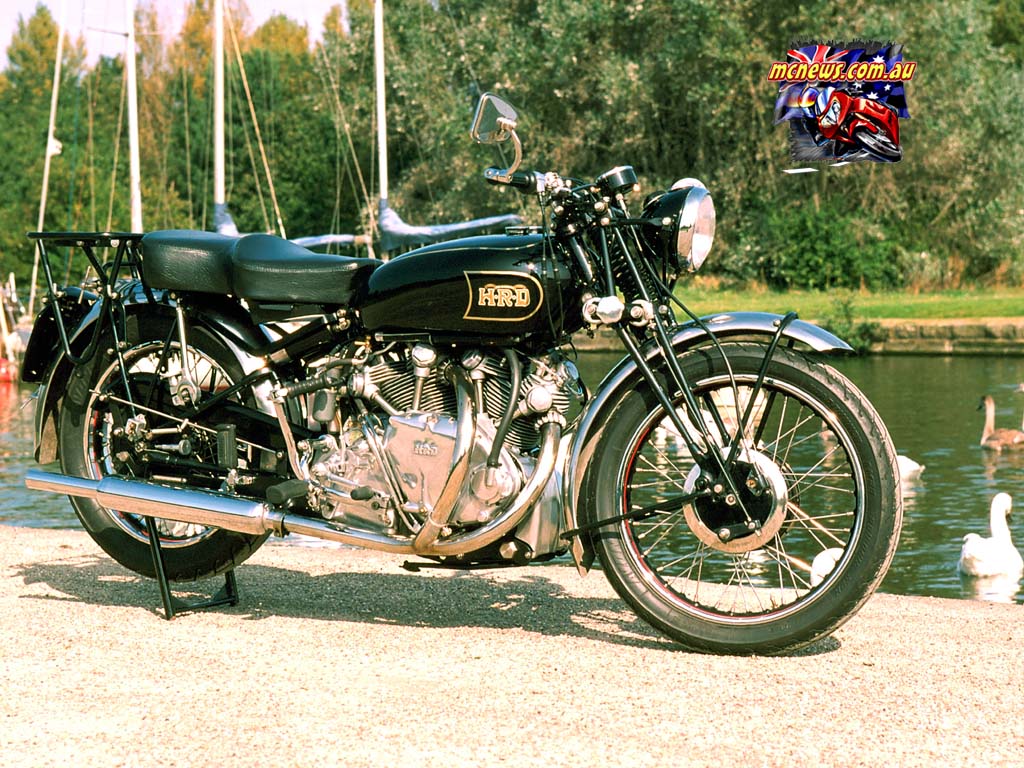