The 2018 Harley-Davidson Forty-Eight just got a whole lot more “Special”!  Along with a newly introduced Iron Sportster graced with a beefy new 1202cc motor, Harley-Davidson have thought it fitting to offer up for 2018 a special version of their Forty-Eight, that will complement the existing model – which has proven to be very popular both in Australia and internationally. 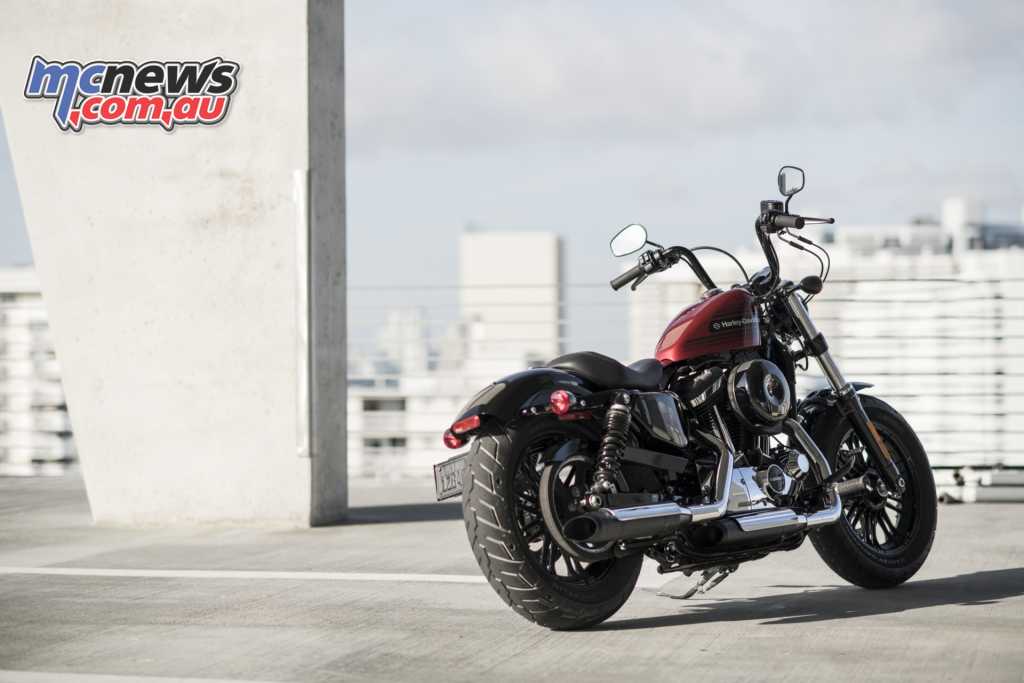 “We specifically selected the Tallboy bar for its shape,” said Richards. “It offers less pull-back than the Mini-Ape, a look that really works with the steamroller front end and the smaller fuel tank on the Forty-Eight Special model.”

The Evolution 1200 engine features a black top end and an expanse of brilliant chrome below, including  primary, inspection and derby covers, and solid chrome muffler and exhaust shields. Chrome lower rocker boxes, pushrod tubes and tappet covers contrast with the black cylinders to highlight the V-Twin engine shape.

The Harley-Davidson Smart Security System and anti-lock braking system (ABS) are fitted as standard for the Forty-Eight Special model. Prices start from $18,995 ride-away in Australia and $19,750 in New Zealand.

Adam Wright, Spokesperson for Harley-Davidson ANZ commented, “We are extremely excited to welcome the new Sportsters into the Harley-Davidson fold for 2018. Evolved over 60 years, the Sportster has been crafted with the Australian and New Zealand motorcyclist in mind. Entering its seventh decade, the Sportster appeal is still strengthening.”

The  Forty-Eight will start rolling into Harley-Davidson dealerships from the end of April 2018.

You can find out more over at Harley-Davidson Australia.