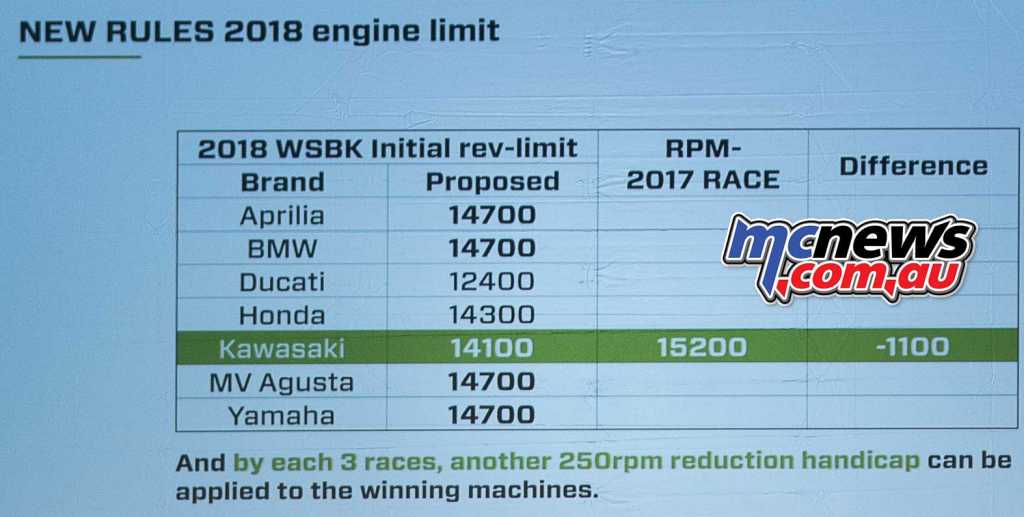 Kawasaki Racing Team unveiled its official 2018 FIM Superbike World Championship machinery and riding line up overnight at their Spanish headquarters in Granollers, Barcelona. Today, the KRT armoury is loaded up and sent on its way to Australia ahead of the Phillip Island season opener set to go down over the February 23-25 weekend.

With several new technical rules imposed for 2018, the challenge might be a little harder for Team Green this year, but as pre-season testing indicated, with 1100 less rpm to play with the Kawasaki duo of Jonathan Rea and Tom Sykes are still the men to beat.

More success during the season, however, will result in the rpm limit being reduced in 250rpm increments if officials decide the ZX-10RR demonstrates too much of an advantage over rival machinery. A rather crude object for introducing parity in a series where, it seems, Kawasaki have invested in more heavily than other manufacturers, who instead split their race budgets and development between WorldSBK and MotoGP, Kawasaki put all their eggs in the their one basket, WorldSBK.

“For 2018, in order to level up the performance among the manufacturers taking part in WorldSBK, Dorna has set a new limit for the engine revolutions for all four cylinder bikes to 14700rpm, except for Kawasaki, which is limited the lowest among the four cylinder bikes at 14,100rpm. That means that we have 600rpm less than even our closest rivals.

“Furthermore, if the bike performs exceptionally in successive races, the limit can be lowered 250rpm further. For comparison, in 2017 we worked at 15200rpm. So, with the new rules we will have to work with 1100rpm less.

“Obviously, this creates a great handicap for the ZX-10RR. Having the ZX-10RR at the lowest RPM limit, we consider that Kawasaki is being challenged for being too successful.

“But our spirit has been always been that of a fighter. For 2018 we overhaul our working direction. Winter testing has confirmed that we are working in the correct direction and the results have been good. We know from experience that winning and keeping the victory is not easy, for sure we’ll be giving our best effort and energy for this season. We never give up, we have the Ninja Spirit!”

“It is always exciting to unveil our new colours. It is when you feel like the season is kicking off for real. It is now time to go racing which I am super-excited about.

“KRT always pull out the stops when it comes to the team launch and they are making a big deal out of the new liveries. That gives you the feeling that you are walking into something new all the time. To be at a high level event like this makes me proud to be a Kawasaki rider.”

“Anything is possible this year and we have had a really good testing programme, taking into account the change in the rules. At this moment I feel we are very well prepared. The launch itself at the team’s HQ was absolutely fantastic and everyone involved has done a really good job. It is very fitting, and this amount of effort is a great way to start the season.”

Andrea Locatelli with Yamaha through to end of 2023

Ducati teams up with PGM for new Melbourne location