This is the 34th occasion that a GP has been held at the Mugello circuit, including 28 times in a row from 1991.

Mugello hosted a Grand Prix event for the first time in 1976. The 500cc race was won by Barry Sheene by the narrow margin of 0.1 sec ahead of Phil Read in a race lasting over 62 minutes.

This was at a time when Suzuki riders dominated the premier class; the first non-Suzuki rider home was Waerum Borge Nielsen in tenth place on a Yamaha. The layout of the Mugello circuit has remained basically the same since 1976 with the official track length of 5.245km unchanged.

Honda is the most successful manufacturer with 16 premier class wins, the last of which was in 2014 with Marc Marquez.

Last year at Mugello, Jorge Lorenzo gave Ducati their third MotoGP win at Mugello, after Casey Stoner back in 2009 and Andrea Dovizioso in 2017 when he became the first Italian rider to win on an Italian bike at the track in the premier class.

The best result for Suzuki in the MotoGP era is fourth, which was achieved by Andrea Iannone last year. Prior to that, Suzuki won twice at Mugello in the premier class, with Barry Sheene (1976) and Kevin Schwantz (1992).

Loris Capirossi is the only Italian rider other than Rossi and Dovizioso to win in the premier class at Mugello, taking victory in the 500cc race in 2000 after a race-long battle with countrymen Max Biaggi and Valentino Rossi, both of whom crashed in the closing stages.

The MotoGP race at Mugello in 2004 is the shortest ever premier class Grand Prix race: just six laps. The first attempt to run the race was stopped due to rain and it was restarted for the remaining laps as per the rules at the time.

Italy, the Netherlands and the UK are the only three countries that have hosted a motorcycle Grand Prix each year since the motorcycling world championship started in 1949.

The MotoGP race victories at Mugello since the category was introduced as the premier class of Grand Prix racing are shared by just six riders: Valentino Rossi (7 wins), Jorge Lorenzo (6 wins); and Dani Pedrosa, Casey Stoner, Marc Marquez and Andrea Dovizioso all have a single win at Mugello.

Following Le Mans, Marc Marquez leads the MotoGP World Championship with 95 points, equalling last year at this stage of the season. This is the highest score for a rider leading the Championship after the opening five races since 2015 when Valentino Rossi (102 points) led Jorge Lorenzo.

Marc Marquez’ win at Le Mans is the eighth successive win for a Spanish rider in the premier class at the track.

Danilo Petrucci was on the podium for the seventh time in his Grand Prix career, equalling Andrea Iannone and Jorge Lorenzo in fourth place on the list of Ducati riders with most podium finishes in MotoGP behind Casey Stoner (42), Andrea Dovizioso (32) and Loris Capirossi (23).

Eight different riders have already been on the podium after the opening five races of the season, one less than at this stage of the 2018 season. Jack Miller crossed the line in fourth place as the third Ducati rider in France, which is the second time there have been three Ducati riders within the top four since the introduction of the MotoGP class in 2002; the other being Turkey in 2007 with Casey Stoner winning the race, Loris Capirossi in third and Alex Barros in fourth.

Jack Miller is now leading the Independent Team riders’ classification with 42 points ahead of Cal Crutchlow, who is tied with Franco Morbidelli on 34 points.

Valentino Rossi is the most successful rider across all the classes at Mugello, with a total of nine victories; one each in 125cc and 250cc classes to add to his seven successive MotoGP wins (2 x Honda and 5 x Yamaha), the last of which came in 2008. Neither of the two Yamaha factory riders have won at least one of the five opening races for the second successive year. The last time the Monster Energy Yamaha MotoGP team did not have a win in any of the first five races of the year in two successive seasons was in 2002 and 2003. Following the French GP, Yamaha have scored 78 points in the Constructor’s World Championship classification, which is the lowest points accumulated after the opening five races by Yamaha since 2006 when the Japanese manufacturer had 69 points after the French GP.

Cal Crutchlow finished in ninth place at Le Mans, becoming the first British rider to reach the milestone of 100 point-scoring races in the premier class. With Takaaki Nakagami crashing out of the race in France, only six riders have scored points in all four of the MotoGP races in 2019: Danilo Petrucci, Alex Rins, Valentino Rossi, Andrea Dovizioso, Johann Zarco and Pol Espargaro.

With his 12th-place finish at Le Mans, Aleix Espargaro scored his 993rd point since the beginning of his career. In Mugello, he will be aiming to reach the milestone of 1000 points.

At the Italian GP, wildcard Michele Pirro is scheduled to make the 100th start of his Grand Prix career. The only one of the four rookies in the MotoGP class this year to have previously won in any of the smaller classes in Mugello is Miguel Oliveira, who won in Moto3 back in 2015–the first of his 12 GP wins so far–and in Moto2 last year.

Fabio Quartararo finished in eighth place in Le Mans behind his teammate Franco Morbidelli, setting the fastest lap of the race for the second time this year along with Qatar. He is still leading the fight for Rookie of the Year with 25 points followed by Francesco Bagnaia (9 points), Joan Mir (8) and Miguel Oliveira (8).

The win by Marc Marquez at the French GP was the 120th time he was on the podium in his Grand Prix career, one less than Phil Read. Only five riders have been on the podium on more occasions than Read in Grand Prix racing 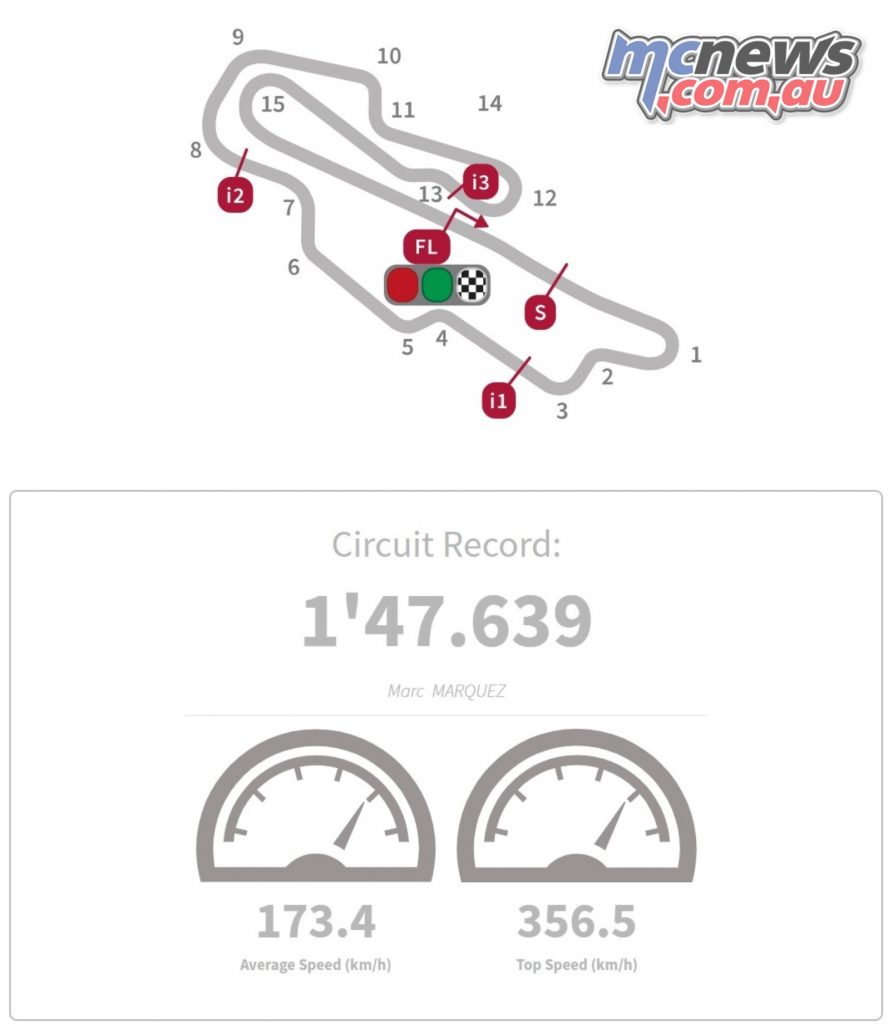 Mugello turns on the magic for MotoGP | What a race!

MotoGP riders speak ahead of competition getting underway in Jerez