So Josh, first time in Darwin with BMW.

“I enjoy Darwin and I am looking forward to riding my BMW there. I believe I have some engine upgrades for the event, so it should be another step. You know what it’s like; all small steps.”

With your results there, you must like the track?

“It’s one of my favourites. I enjoy it. I’ve had some great results there so hopefully we can get back there again. It’s great as a motorsport weekend. It’s got the highest levels of motorsport all in the same weekend.”

Sitting fourth in the championship you have had a pretty good start with the BMW?

“Yeah, I’ve just been chipping away. Keep working away and with a bit of plan. It’ll be good there actually as everyone in the team will be there early. It’s like a fly-away round!

“Glenn was quite good there and I read some press reports where it [the bike] started off really good, but hasn’t really progressed. I think this weekend, that changes.

“Because of my riding. They’ve gone the direction I’ve been going with spring rates, and stuff like that, which is a natural thing in all the bikes I ride. I ride them lighter. There’s so many ways to skin a cat.

“It’s also the tyre. The old tyre we don’t have now suited the BMW more than what we have now, so they’ve had to change the bike. The ‘W’ used to work extremely well. Glenn and Shane always rave on about it. It was like a ‘band-aid’, and it worked fantastic. They’ve gone away from the way they made that tyre, so we will find a way to make that work. We’ve found a new direction.” 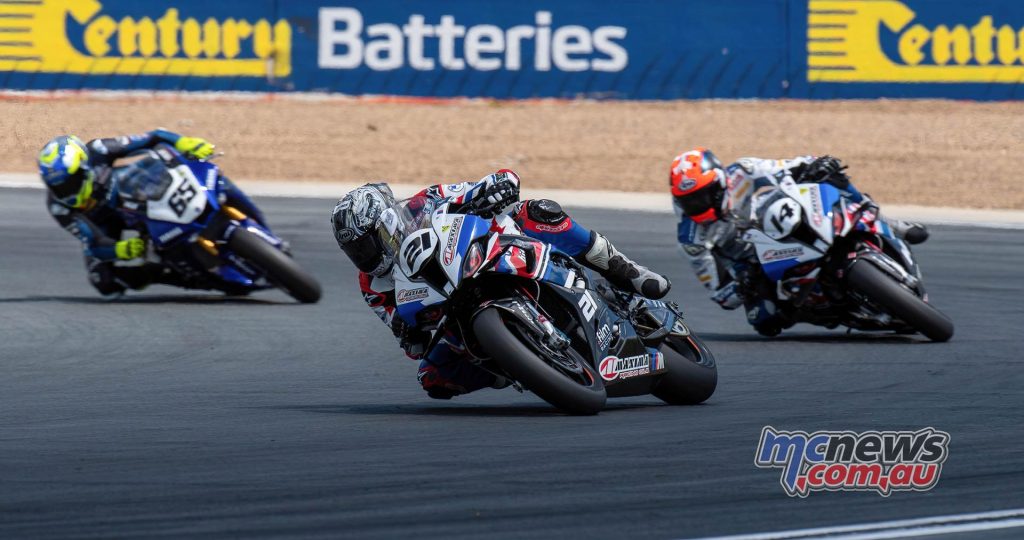 Glenn was telling me that with the electronics, with the throttle, you have similar suspension preferences, but ride in a completely different way with throttle application and engine braking.

“He likes it to slide and stuff like that where I like it to be more like a grand prix bike – like an old-style grand prix bike – to be in-line. He likes the Supermoto style; you know “backing-in” and he assists that, as he feels comfortable doing that, whereas when he is in line he doesn’t feel comfortable like I feel. Where I am the opposite, like ‘shit, get back in line.’

“Yeah, he obviously goes well there, so there is any one of a number of us. Look at the Yamahas The Yamahas haven’t been amazing round there in previous years, but far-out, look at how they are going now. You’ll have to be right on it with so many in the mix.”

You have to be inch perfect around there. Not for just a perfect lap but a good lap.

“100 per cent. When you join all the dots together it’s so much more of an enjoyable circuit than if you tie yourself in knots. You can easily hate it, and think, ‘shit, it doesn’t flow’, but if you hit all those spots, and make it flow, it like ‘oh my god, I wish they’d make the session longer’. You’re just enjoying yourself so much.

“It starts from T1, you can take that corner in a few ways that works but for doing it in some ways, it is ok for doing it for five laps, but because you’ve got the inertia of the bike from turn one through the esses and up the rise, to turn five, you can do it when you’re feeling good but it wears you out when you’re over riding, going from left to right, flicking from side to side, flat out. You’ve got the engine going flat out, the pistons, the crankshaft, the thing feels like it weights two tonne when you’re pulling it from left to right, the throttle pinned. You know the feeling from there.”

Yeah and you telling me that has given me a few tips for the TTC in July!  So you’re quietly confident?

“Awwww, I’m a realist. I’ll enjoy it and I am after a good weekend, after last weekend with my brothers at the Finke. It would’ve been great if they both finished, but they’ll be back there.” 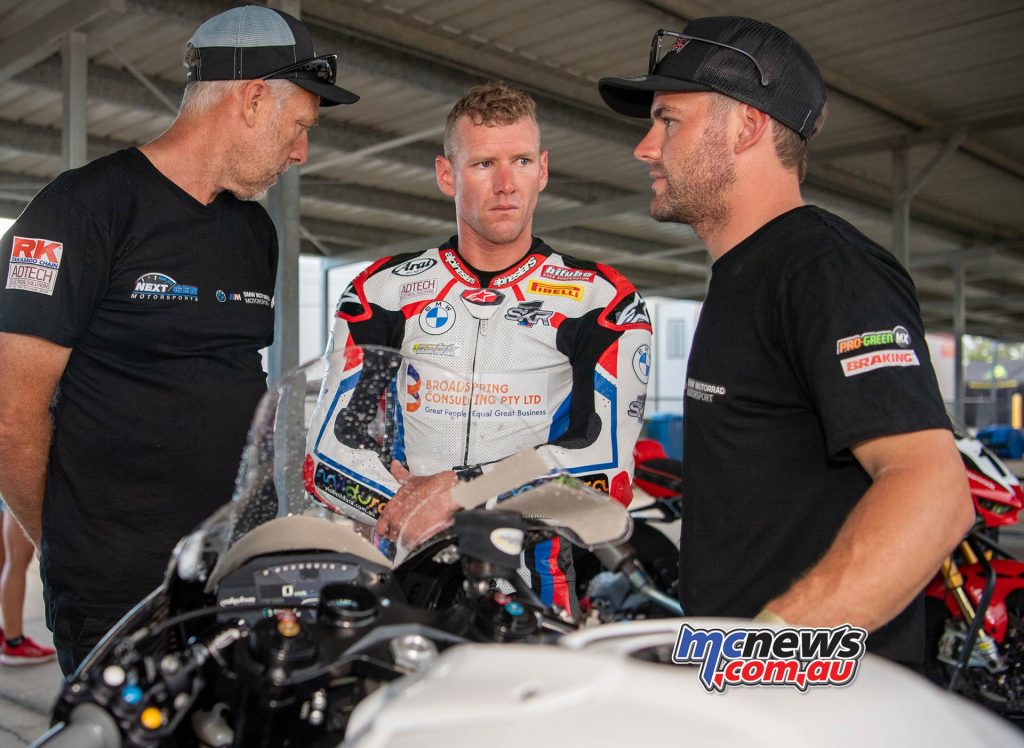 As well as the always epic racing, this special edition will feature exclusive behind the scenes action, colour stories and all the thrills and spills from one of the great rounds of any season; Hidden Valley, NT.