A look at the final Paso model (although it wasn’t officially named a Paso) - the 907 I.E.

by Phil Aynsley
in Ducati News, Features
A A
Share on FacebookShare on TwitterShare

In a previous column I explored the development and history of Ducati’s 750 Paso, now for a look at the final Paso model (although it wasn’t officially named a Paso) – the Ducati 907 I.E.

The 907 I.E. replaced the 750 Paso’s successor, the 906 Paso, in 1991 and saw considerable changes to the running gear and motor with many parts from the 851 being used. The crankcases were strengthened and a new clutch fitted.

A major improvement was the use of the 851’s Weber fuel injection (suitably modified for 2-valve heads) – which finally did away with the troublesome Weber carburettor system used by the 750 and 906.

The air intake system was reworked, now having the intakes placed near the steering head. Power was increased to 90 hp at 8,500 rpm. With a dry weight of 215 kg a top speed of around 220 km/h was possible.

The chassis was carried over from the 906 but with the 851’s alloy swingarm now employed. The biggest difference was the change from 16 inch to 17 inch wheels.

This necessitated the front forks being lengthened to provide enough clearance between the tyre and front cylinder head under braking.

As a result the bike was now taller and had a 40 mm longer wheelbase compared to the 906, which combined with the unchanged chassis geometry (apart from the wheelbase) designed specifically for 16 inch wheels, meant that the 907’s handling wasn’t quite up to the excellent levels of its predecessors.

Larger front discs were fitted together with Brembo 4-pot calipers. The rear disc was reduced in size.

The most noticeable styling change was the addition of a NACA duct on the (still solid) “screen”. 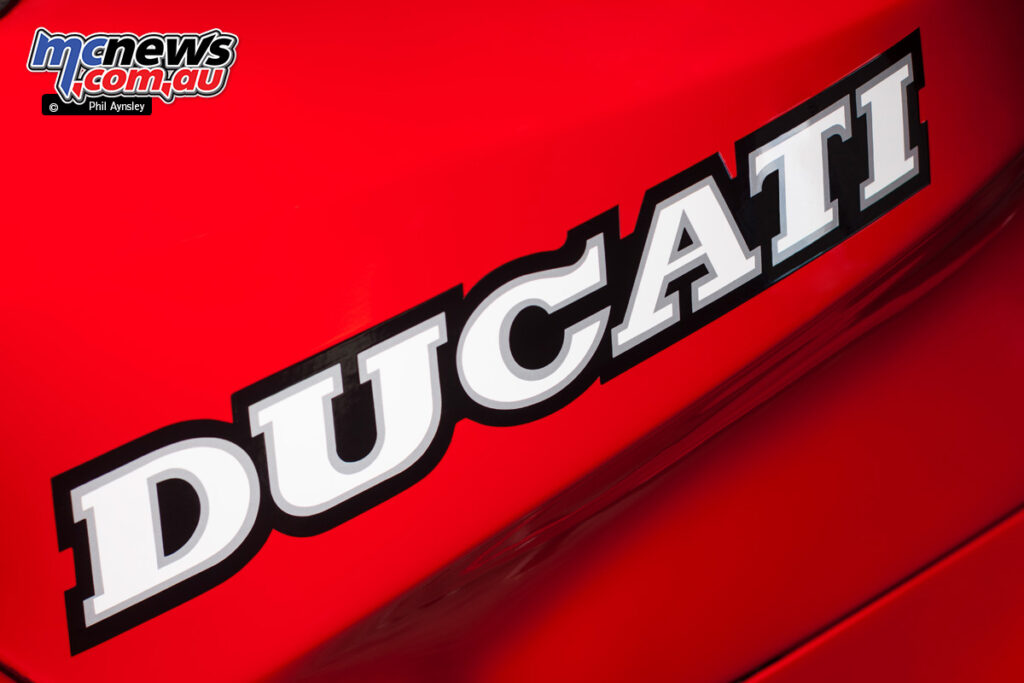