Australia has got its first glimpse of the new Harley-Davidson® Street, with the iconic brand unveiling a one-off special custom build at Oil Stained Brain in Collingwood, Melbourne.

Attended by over 4000 people over the course of last weekend, Oil Stained Brain – which celebrates some of Australia’s best custom motorcycle builds – provided a fitting stage as anticipation builds ahead of the model’s official, yet to be announced, Australian launch.

Event host, Kustom Kommune, was behind the special Harley-Davidson custom build – with the community motorcycle workshop provided with a ‘blank canvas’ by Harley-Davidson. The first time the Harley-Davidson Street has been seen by the Australian motorcycle community, the reveal gave an insight into what can be expected from the new model whilst underlining its versatility as a customisation platform.

Director of Marketing for Harley-Davidson Australia and New Zealand, Adam Wright said: “We wanted to give fans and like-minded riders a preview of what Australia can expect from this exciting new model; we provided Kustom Kommune with a blank canvas and asked the team to let their imagination run wild. The result spectacularly demonstrates what an exciting platform the Street will offer when it officially roars into Australia and New Zealand.

“Oil Stained Brain – with its unique display of custom culture – offered the perfect backdrop for a sneak peek into our exciting new motorcycle,” Wright continued.

Nicknamed ‘The Kommune Racer’ (KR), the one-off build features a handmade alloy tank with bespoke artwork by KDS Designs; a custom swing arm with a twin spring cantilever style set up; and a chopped and trimmed frame.

The Flat Track racer-inspired motorcycle also boasts track wheels – 19 inch in the front and rear – and is topped off with a custom fit front end, twin discs and set of fat, drag-style handlebars.

Commenting on the project, Geoff “Richie” Baldwin of Kustom Kommune, said: “Kustom Kommune is thrilled to have had the chance to come together and be part of such an original concept. We wanted the bike to reflect how unique this opportunity was so aimed to build something like no other. We hope The KR speaks for itself but to be able to say that our community was the first in Australia to unleash our creativity on the Street is very special.”

Built for an urban environment, the Harley-Davidson Street – which lines-up as part of the US brand’s Dark Custom motorcycle range – is the first all-new platform from Harley-Davidson in 14 years. 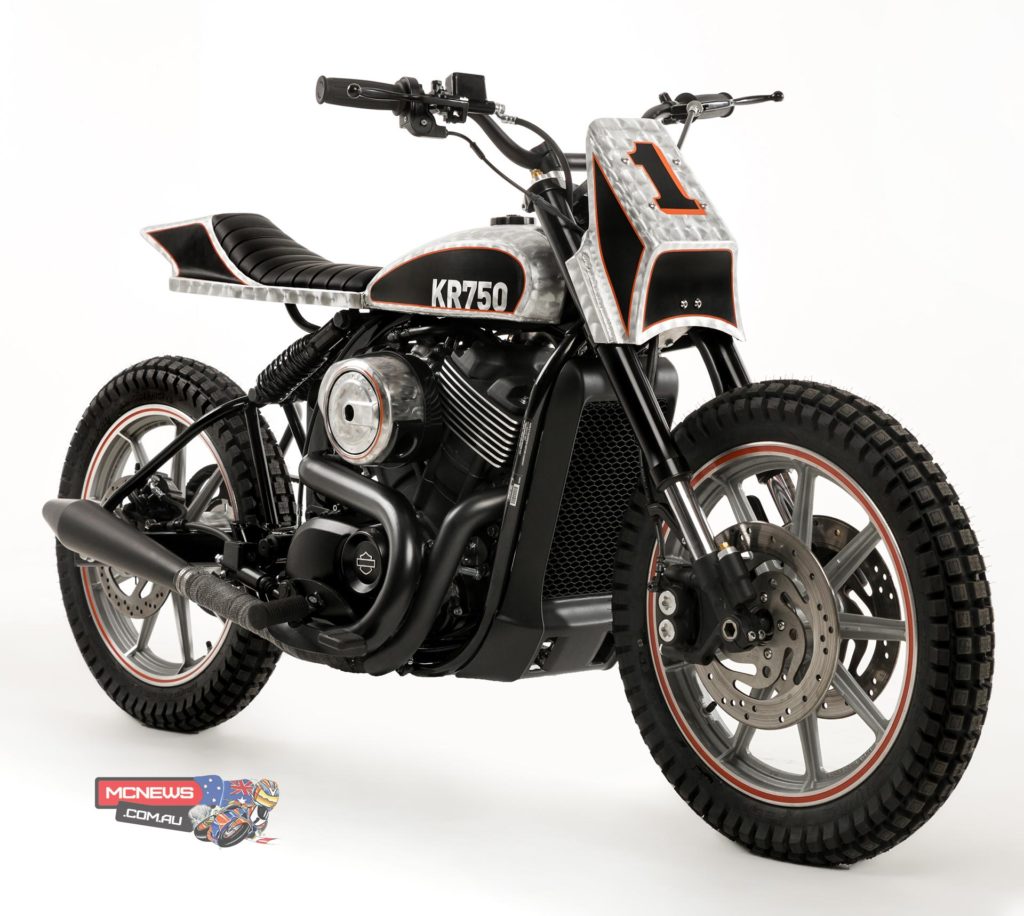 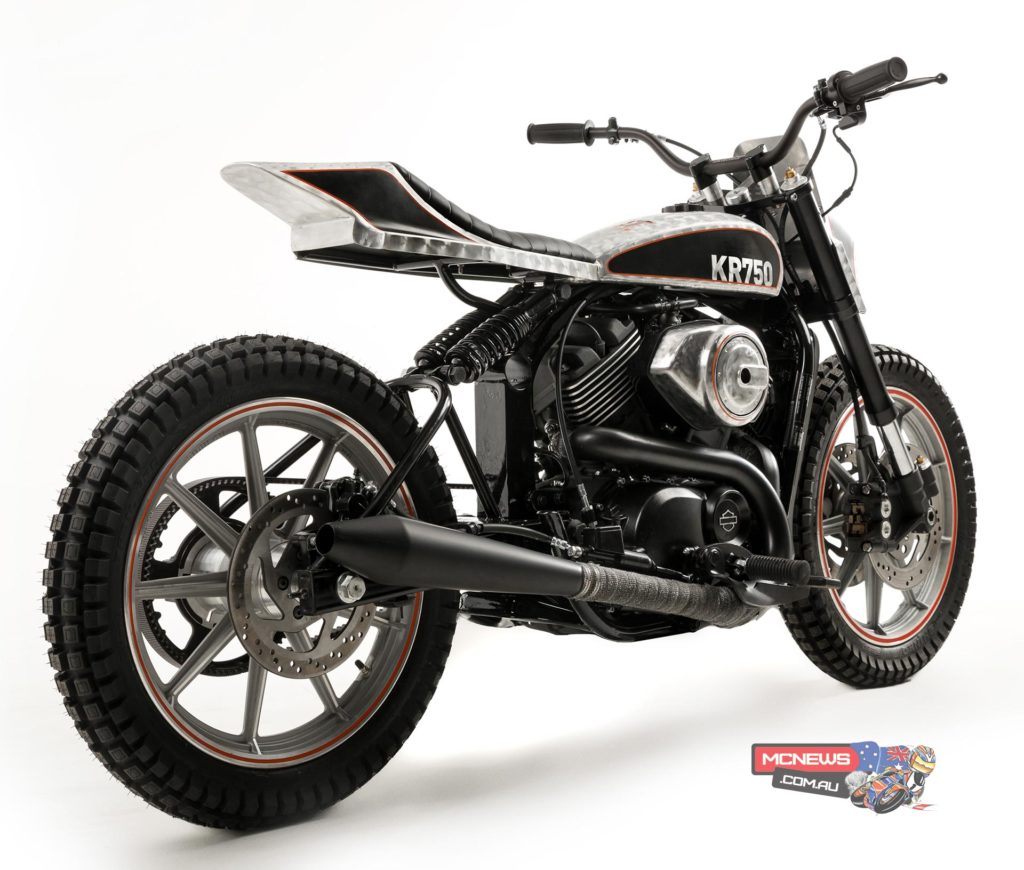