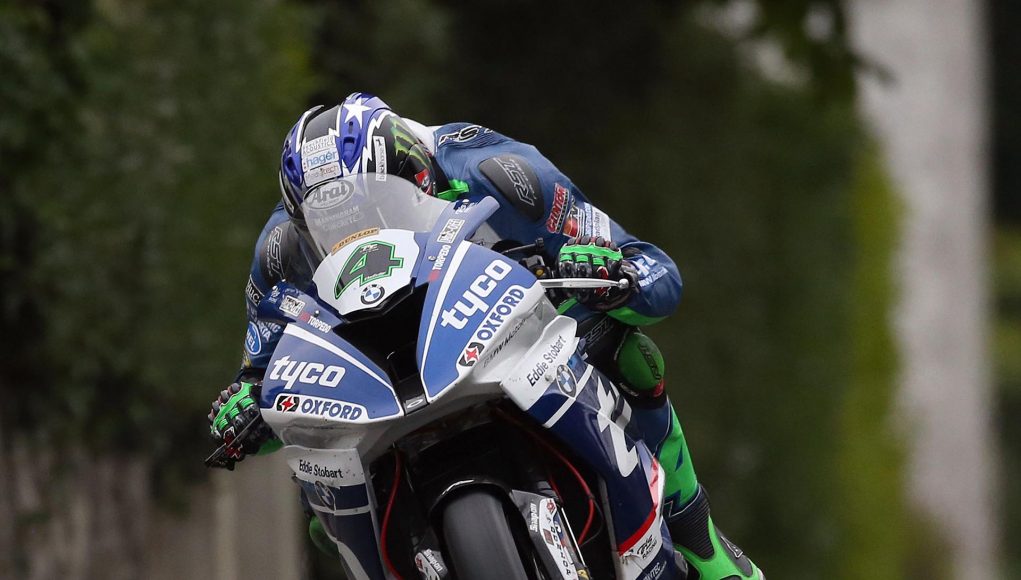 The loss of two days practice is significantly hurting competitors in their hopes to fully prepare themselves and their mounts ahead of Saturday’s Superbike Race. The riders most behind the eight-ball are those newcomers to the TT, or riders like Josh Brookes who have spent a few years away from pure road race events like the TT. Competitors do have longer to prepare ahead of next Friday’s Senior TT, but ahead of Saturday’s RST Superbike six-lap race, preparations have been extremely limited.

The original intention by Clerk of the Course Gary Thompson, anticipating the deteriorating conditions, was to run additional laps at full speed to Ramsey Hairpin before red flagging the riders and escorting them over the Mountain but low mist even curtailed that attempt to establish qualifying laps and give the riders time on the track. Most riders were lucky to get a single full flying lap in, but nobody got around twice at anything close to racing speed.

However both Josh Brookes and his Australian countryman David Johnson managed to pick up their pace in their single flying lap overnight. Johnson clocking a 123.61mph lap and Brookes was really starting to enjoy the Norton, reeling off a 122.58mph but promising that there is still a lot more to come from him as he refamiliarises himself with the 37.73 mile mountain course. Norton again is using an Aprilia V4 engine in their machine but expects to debut their own powerplant next year. Johnson proved the pace of the bike last year, putting in a 130.87mph lap, but the bike is vastly improved for TT 2017.

It will have to be, as 133.962mph was the benchmark set last year by Michael Dunlop on his way to victory in the 2016 Senior TT.

No riders have got anywhere near that sort of pace so far this year, that sort of commitment will wait until race day. But in the limited session that was available Ian Hutchinson and Michael Dunlop again set the pace with the Tyco BMW of Hutchinson edging out the Bennetts Suzuki of Dunlop, 128.98mph to 127.23mph.

Michael Rutter and Martin Jessopp set almost identical lap times at 123.96mph and 123.94 respectively, having set off together whilst James Hillier was slightly quicker at 124.52mph.

Dean Harrison then went third quickest on the ZX-10R withj a 126.16mph and Conor Cummins put the previous model Fireblade SP into fourth on the charts with a 124.73 marker.

That made it four different manufacturers in the top ten.

Bruce Anstey completed his first lap of the week on the Honda RC213V-S, lapping at 124.14mph, with Conor Cummins and Gary Johnson also above the 124mph mark.

Guy Martin was also quicker than the previous night with a lap of 121.42mph. The Honda Racing squad made a last minute switch from the Racekit ECU over to the generic Motec system mandated for use in British Superbike, as they have still been unable to work out the cause of the practice crash that put John McGuinness out of this year’s TT. Thus Martin and the team are really behind the eight-ball in their preparations and the lack of track time really affecting their chances of a good finish at TT 2017.

The riders were short lapped at the start and finish but went out again with all the front runners going at full pace to Ramsey. Unfortunately, the cloud cover wasn’t just descending on the Mountain and was now coming down on the bottom part of the circuit and it was reported that, with no airmed cover possible anywhere around the 37.73-miles course, the session was ended at 7.15pm.

BMW have three riders in the Superbike top ten, as does Kawasaki, while Suzuki and Honda have two apiece.

Lee Johnston was the quickest 600 on the Padgetts Honda, with a speed of 122.16mph but conditions were already deteriorating with fog descending on the Mountain and visibility significantly reduced.  Only a handful of Supersport competitors got a full clear lap in thus the Supersport qualifying rankings from overnight are little indication as to the form guide for monday’s opening four-lap Supersport race. The second Supersport bout is scheduled to take place on Wednesday. Still, Melbourne based Brit Joe Akroyd took his chance to shine with a top five ranking overnight.

Superstock bike time was also hard to come by, with riders such as Dunlop and Hutchinson not even getting a lap in on their Superstock machines. Dan Kneen topped the category overnight with a 125.19mph lap on his Penz 13 BMW while Peter Hickman made it a BMW 1-2 atop the Superstock rankings. There are six BMW S 1000 RR machines in the Superstock top ten.

Neither Sidecar or Lightweight competitors took to the track on Wednesday.

Boris Mihailovic’s third book shipping now | The Wisdom Of The...