As with the race weekend, blue skies and hot track temperatures with 50+ degrees welcomed the teams and made it a tough job for both riders and crew, but provided perfect conditions for further developing the KTM RC16 MotoGP bike.

Unfortunately Bradley Smith had to sit out all three days due to injury of his left little finger which occured at a crash in FP3 on the race weekend. His crew and the test team joined forces to work with Mika Kallio all three days long with main focus on compairing chassis configurations, testing new fairings and fine tuning the setup of the bike under these difficult low grip conditions.

Born next to the race track in Granollers, Pol Espargaro worked hard only having a planned break on Tuesday for recharging batteries after four days on track, finshing the test on Wednesday on a high note.

“We’ve done a very very good job testing here in Barcelona. I think we’ve made a ‘review’ of the season so far with the parts we have tried as we just don’t have enough time during race weekends. We tried things on Monday and then clarified a lot we had in our head.

“Maybe it weren’t the best days to do ‘a time’ but it was good to confirm things and make a good step with the bike, particularly with the electronics. I am super happy because I think we’ve improved the bike a great deal and that is so important for Assen with more information under our belts.”

“It was a good test for the wild card race I’m doing to have this many laps completed to get the riding condition better. We were concentrating on two different chassis plus a different linkage on the rear, a combination of the bike balance, rear shock, three different kind of front forks, many things we went through all day, almost all the possibilities we could change on the bike! 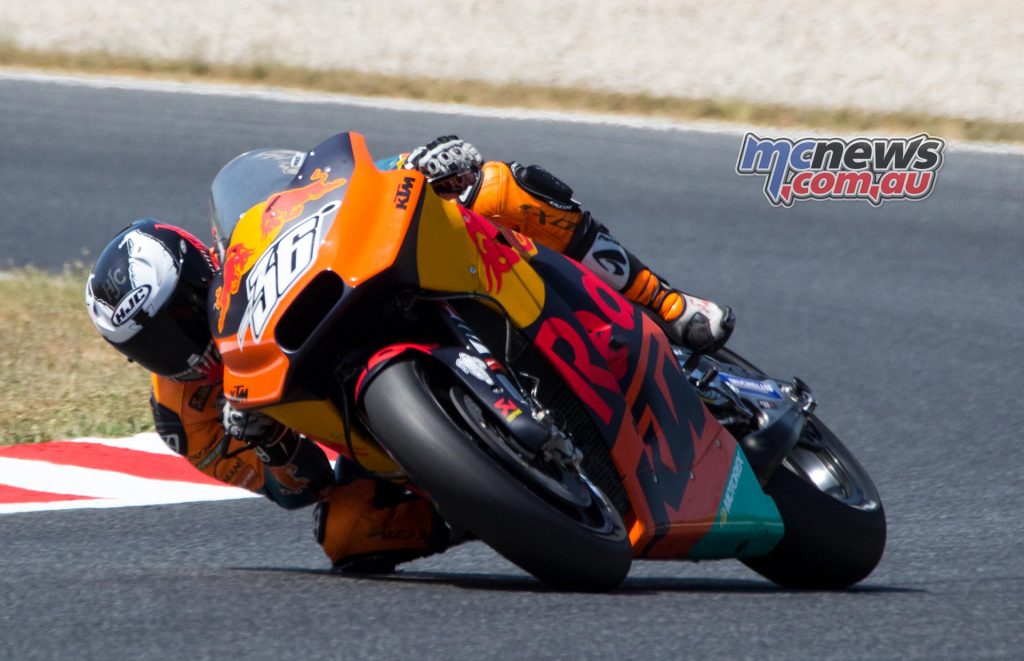 “Also, we changed some electronics and just basically wanted to try the best combination of those things to glean the information from them. The lap time was hard to better, but we had a lot of things to test and in the end we are going in the right direction for the chassis side of things where we need to go with and what the GP riders want. Let’s see for Assen with how Bradley is; I will be there to help the team if they need me.”

“Since the crash on Saturday we’ve been checking my finger every 24 hours to see there’s no infection and to see the rate of progress of the healing. Right now the doctors are happy day by day with how it’s looking so basically we’re not going to do any skin graft or further operations yet which is fantastic. They expect not a full recovery of the wound short term, but it should be ready to race at Assen. Now it’s just a case of continuing to do as much as possible to speed up the recovery with creams and cleanliness so hopefully in just over a week we’ll be ready to be back to around 90% for Assen.”

“So after the last race we immediately went on with a very good three day test and looking back, we made a lot of steps during those weekends that we had to confirm here in Barcelona, checking some data to prove that the way we are going is the correct one. We were struggling a little during the last races not with the wrong direction but rather with how the bike works on these circuits, so we just needed to make it better. Finally on Wednesday we fine tuned the race setting for the next races for Pol where we found some very interesting steps there, steps we are very happy with in terms of results, with lap time and consistency compared to what we had over the race weekends. It’s obviously a learning process over a weekend that’s just Friday and Saturday with Sunday the day where you have to bring the result; we were too late with that result but now it’s there so I hope at the next track it works.” 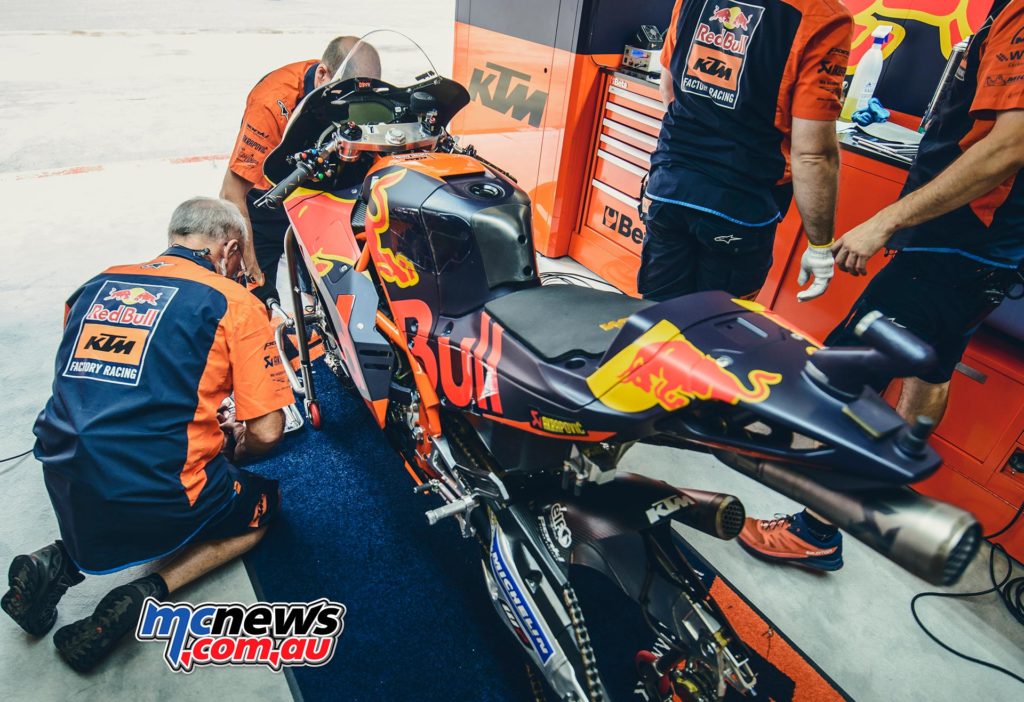