Lambretta Australia Brand Manager, Goetz Neugebauer has announced the return of the iconic brand to the Aussie market with the V-Special range, “It is an honor to be able to work with Lambretta, a globally recognised, authentic and historically renowned Italian scooter icon.” 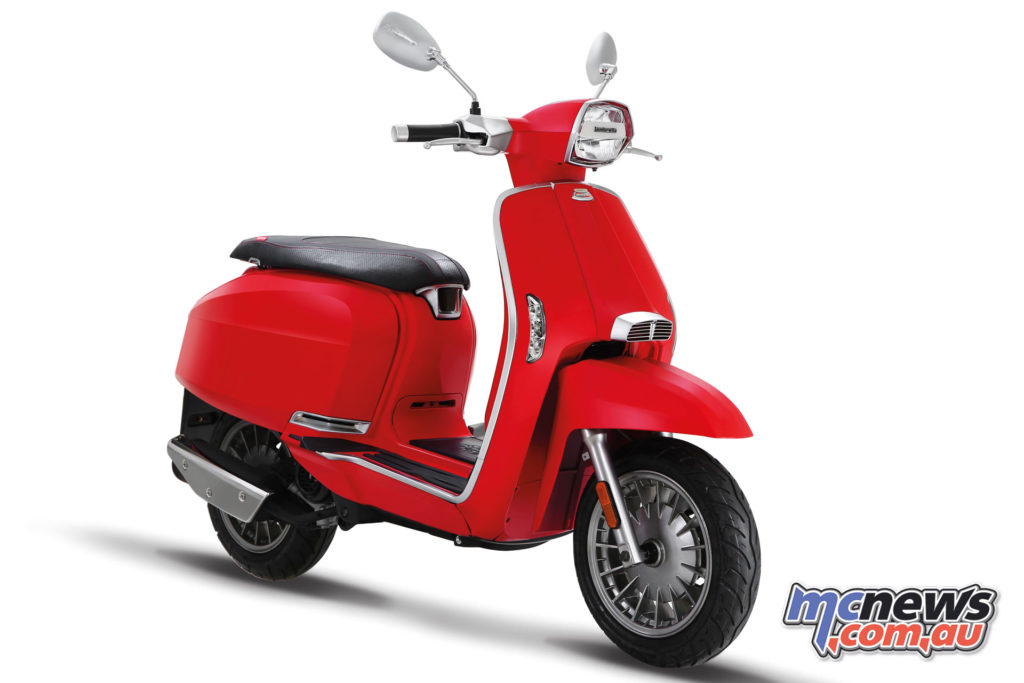 The name Lambretta comes from Lambrate, the suburb of the Milan where it all began in the Innocenti factory. Lambretta the brand name came from a mythical water spirit that was associated with the local river, which runs adjacent to the former factory. 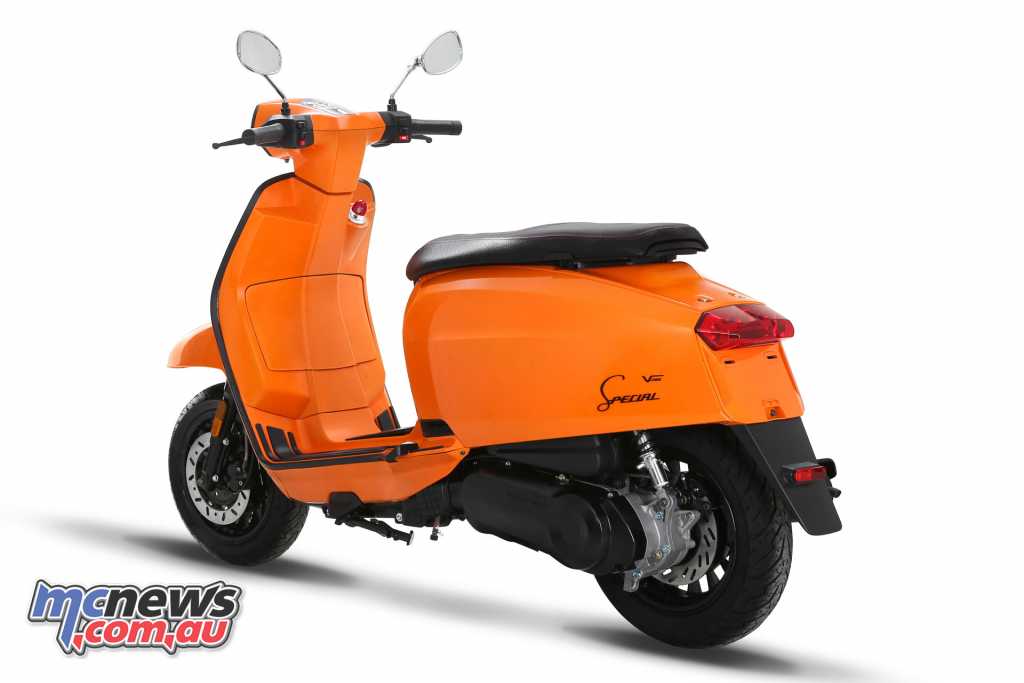 Lambretta became a scooter icon right from the get go. First adopted as an affordable form of transportation in the 1950s, due to low running costs at a time and when manufacturing was in its recovery stage from the war.

In the early 1960s Lambretta Series 3 was embraced by the youth of the decade as part of the Modernist culture, earning the nickname the Mods. 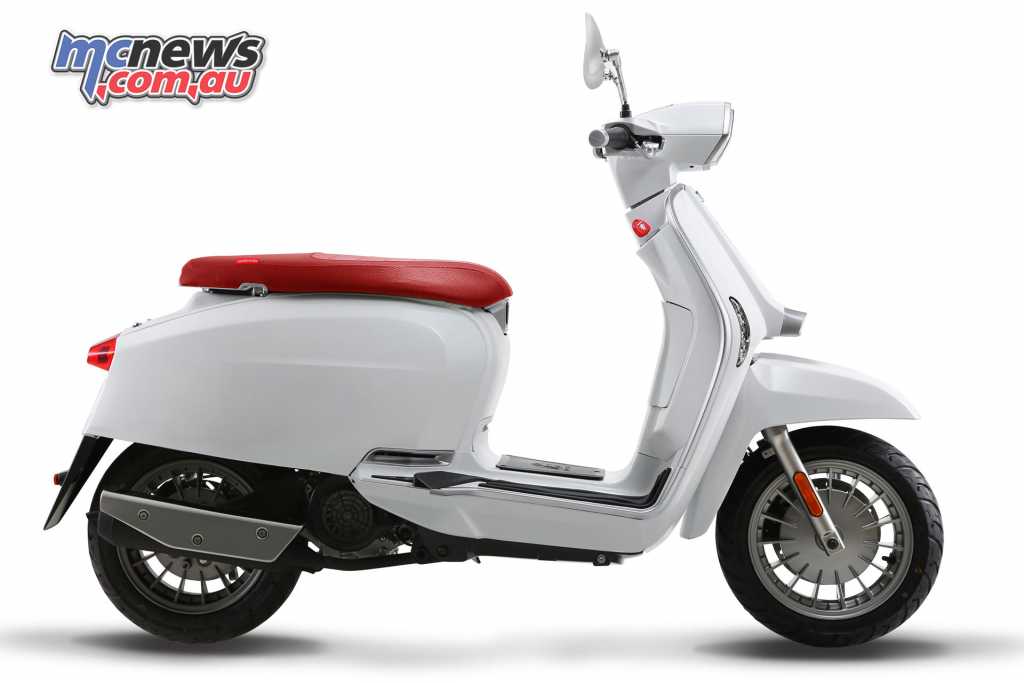 As times changed, people’s wealth increased, small cars became more affordable, resulting in the demand for scooters to fall. Innocenti struggled through this period where it ended up closing its doors in 1972.

The Lambretta scooters continued to live on by being manufactured under license in a number of countries and under different brand names. 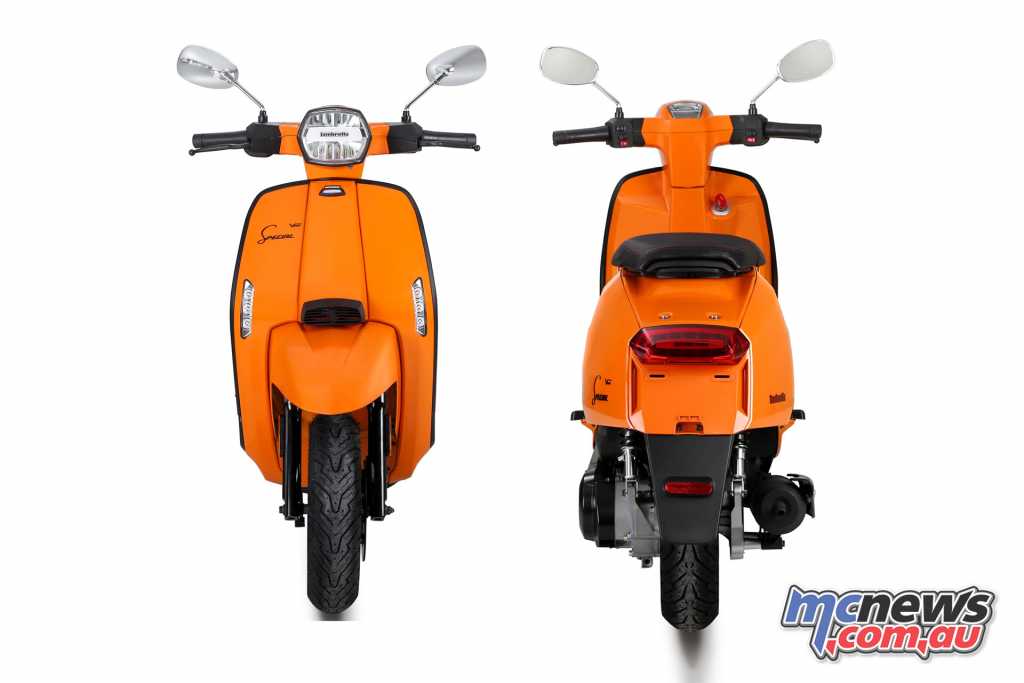 Today Lambretta has been re-released by Lambretta GmbH made up of a joint venture of Lambretta Consortium in Switzerland and Austrian KSR Group who have come together to develop the new Lambretta V-Special range.

The new range consisting of six models that were released at the ECIMA Milan Motorcycle Expo in November. 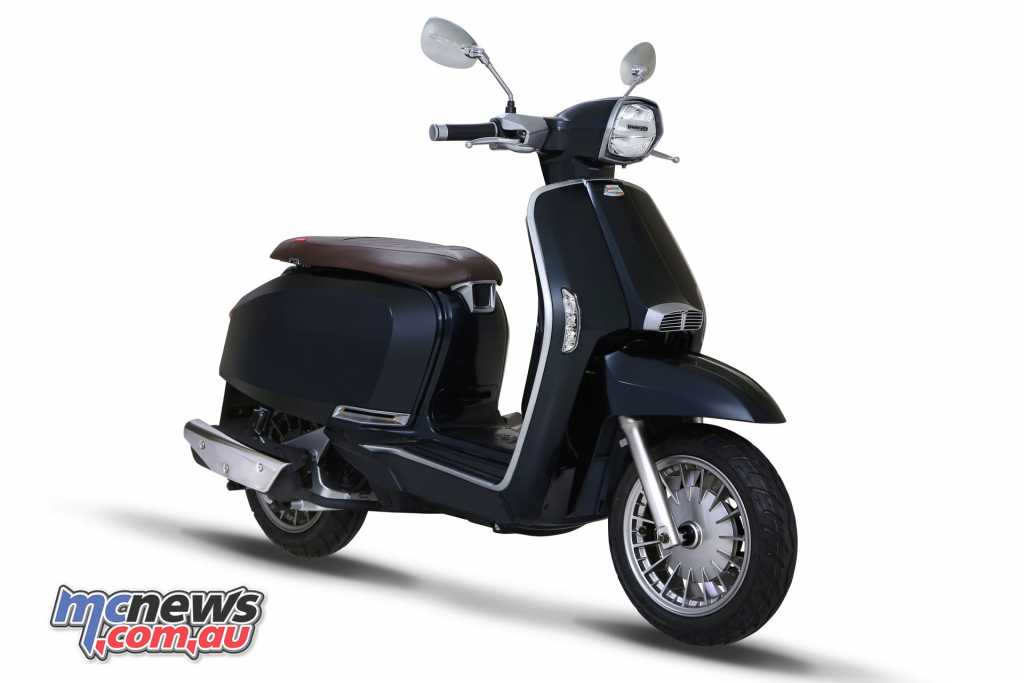 The new models have been designed by Austrian company Kiska, a highly regarded and world-renowned motorcycle design company that has done work with KTM, Husqvarna, CFMoto and now Lambretta.

Kiska went back to the roots of the brand to incorporate a modern interpretation whilst keeping true to Lambretta’s key heritage styling and features. Steel body, interchangeable side panels, iconic Lambretta ‘fixed’ front fender, aluminum highlights, modern LED lights and the use of iconic brand trademarks, the new V-Special range was born. 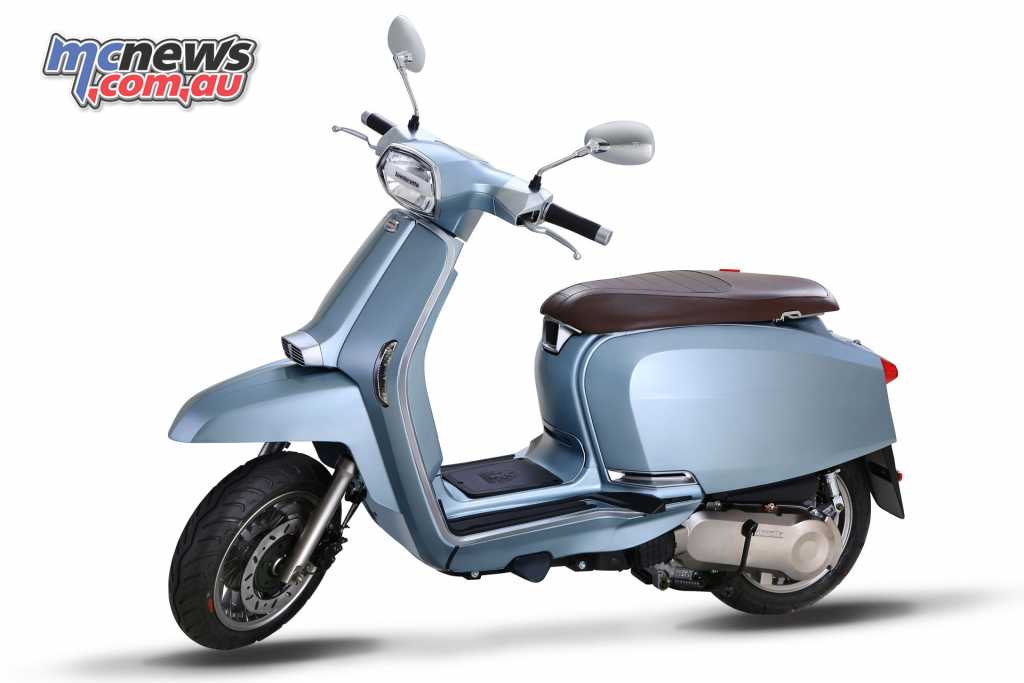 The range will initially have three engine sizes 50cc, 125cc and 168cc then plans to expand to a larger capacity 400cc as well as an electric variant.

Inspired by the aeronautical industry interchangeable double layer side panels are a key feature on the new models. Customers will be able to select a range of different side panel styles, shapes and colours to mix and match and create their very own personal scooter, a unique feature for the brand.

For the die-hard fans the company is also looking at reintroducing the iconic GP and SX classic Lambretta models at a later date.

Lambretta Australia and Brand Manger Goetz Neugebauer have launched the new scooter range into the country and eager to take on new opportunities with the brand.

“We have an awesome team, a fantastic network and a world class facility to successfully launch and further support the brand for many years to come. Not only are we focused on delivering a superior scooter, we want to give customers a superior level of service and provide a complete Lambretta experience.“ 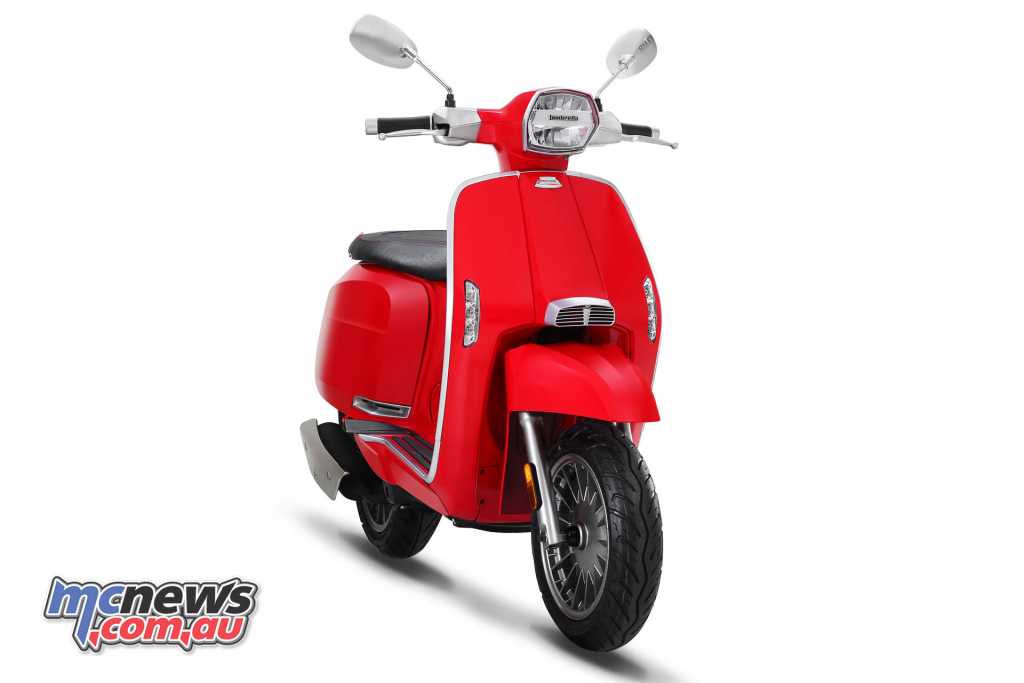 Model pricing and a national dealer network are to be announced in July and the V-Special model scheduled to launch this year. To stay up to date with Lambretta Australia follow them on Facebook or visit the website www.lambrettaaustralia.com.au (link) for more information. 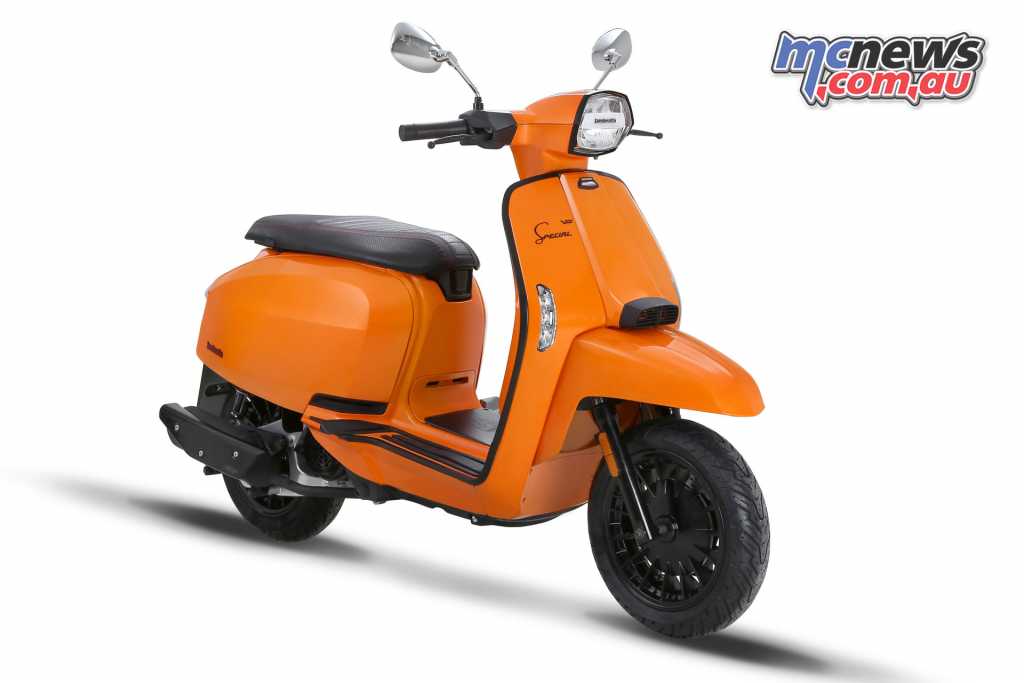