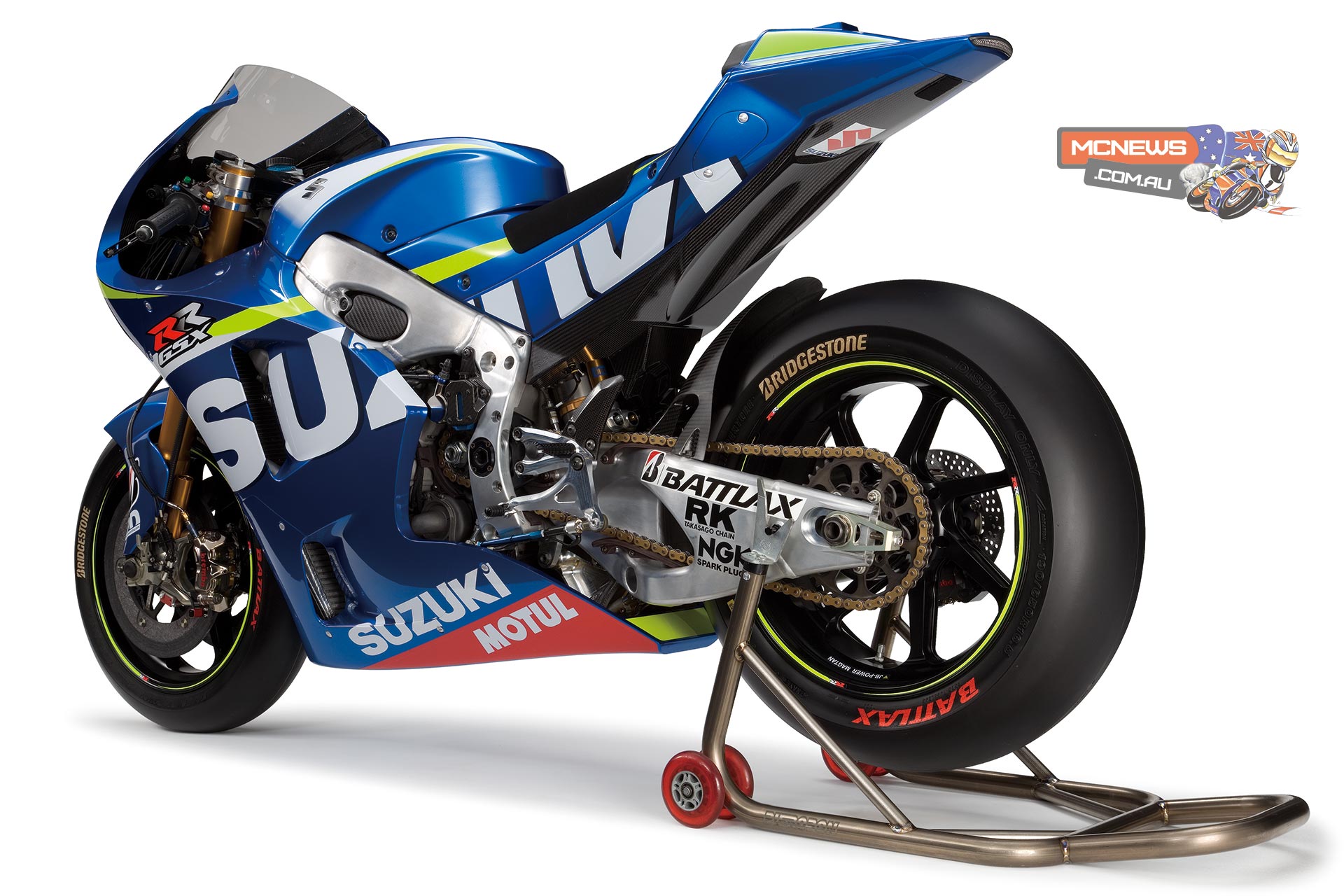 With the development of the MotoGP machine and team structure prepared, Suzuki has decided to participate in the MotoGP series from 2015, and announced its newly-developed MotoGP machine, the GSX-RR, team riders, and team structure. Also, prior to its participation, Suzuki will make a wildcard appearance at this season’s final race, the Valencia GP.

Suzuki had temporarily suspended its participation in MotoGP from 2012, but has been continuing with the machine development toward its return. Through MotoGP racing, Suzuki will develop more attractive products by giving technical feedback to the products, and improve the brand image.

The development of the GSX-RR was started in 2012 with the aim to achieve high performance in the MotoGP class, as well as to give technology feedback to production models such as the GSX-R range.

Basic specification of the GSX-RR: