MotoGP Stats Smorgasbord as we head to Germany

The 2019 German Grand Prix at the Sachsenring will be the 81st Grand Prix event to be held on German soil and the 22nd successive year at the new Sachsenring circuit.

The first motorcycle Grand Prix to be held in Germany was the West German Grand Prix held at the Solitude circuit in 1952. It was reported that 400,000 spectators turned up to watch.  Reg Armstrong won the 350cc and 500cc races riding a Norton while home riders Rudi Felgenheier won the 250cc race on a DKW and Werner Haas won the 125cc race on an NSU.

The West German Grand Prix was held every year from 1952 through to 1990, when East and West joined to become a unified Germany. Four different circuits were used during this period 1952 to 1990: Solitude, Schotten, the Nürburgring and Hockenheim.

There has been a German Grand Prix held every year since unification; from 1991 to 1994 at the Hockenheim circuit followed by three years at the Nürburgring. Since 1998 it has been held at the new Sachsenring circuit.

In addition to those mentioned above, one other Grand Prix event has been held in Germany: the Baden-Wurtemberg GP held in 1986 at the Hockenheim circuit for just the 80cc and 125cc classes.

The newly built Sachsenring circuit was initially just 3.508 km long with one short section of track from the old road circuit. Major modifications to the circuit in 2001 and then additional slight alterations in 2003 resulted in the current 3.671 km track layout.

The Sachsenring is one of just five circuits on the current Grand Prix calendar that run in an anti-clockwise direction, along with Austin, Aragon, Phillip Island and Valencia.

The best result for a German rider in the premier class at the Sachsenring since racing returned to the circuit in 1998 is the second place for Jonas Folger in 2017.

Yamaha has had four wins in the premier class since 1998 at the Sachsenring circuit, with two different riders: Valentino Rossi and Max Biaggi.

The only win for a Suzuki rider at the Sachsenring circuit was in the 500cc race in 1999 with Kenny Roberts Jr. The best result for Suzuki in the MotoGP class since 2002 at this track is when Chris Vermeulen crossed the line in third back in 2008.

The best result for an Aprilia rider in MotoGP since 2002 is a seventh-place finish with Aleix Espargaro back in 2017.

Last year, Bradley Smith was the only KTM rider across the line at the Sachsenring, in 10th place, which is the best result for the Austrian manufacturer at this track in the premier class.

Honda riders have also qualified on pole for the German GP for the last eight years; the last non-Honda rider to start from pole for a MotoGP race at the Sachsenring was Jorge Lorenzo in 2010 on a Yamaha.

Marc Marquez is the most successful at the new Sachsenring circuit with a total of nine wins over the last nine years, six in MotoGP, two in Moto2 and one in 125cc. His closest rival is Dani Pedrosa with six wins (2x 250cc, 4 x MotoGP).

At the Dutch TT, Maverick Viñales won for the first time since Australia last year, the sixth time in the MotoGP class and the 22nd in his Grand Prix career, equalling Andrea Dovizioso and Marco Melandri.

Maverick Viñales is the fifth different winner in the MotoGP class over the opening eight races of the season, which is the third time there have been five different winners at this stage of the season since the introduction of the class in 2002, along with 2006 and 2017.

After a winless streak of nine successive races, this is the Yamaha’s 228th win in the premier class and the 503rd in Grand Prix racing.

With Honda, Ducati, Suzuki and now Yamaha, this is the third time in MotoGP since 2002 there have been at least four different manufacturers winning in the premier class in a single season, along with 2007 and 2016.

Marc Marquez has failed to score points only three times since the Catalan GP last year (Australia and Valencia in 2018, and Austin this season). Over the last 17 races he has finished, he has always been on the podium and finished third only once, in Brno.

With Maverick Viñales and Marc Marquez, this is the first Spanish 1-2 since Malaysia last year with Marc Marquez and Alex Rins, the second with both riders along with Austin last year, and the 48th overall in the premier class of Grand Prix racing.

In Assen, Fabio Quartararo (20 years 71 days) crossed the line in third, becoming the second-youngest rider to take back-to-back podium finishes in the premier class, behind Marc Marquez who finished third in Qatar and won in Austin in 2013 at the age of 20 years 63 days.

At the Dutch TT, Fabio Quartararo finished as the top rookie and the highest-placed Independent Team rider. He is still leading the fight for the Rookie of the Year with 67 points ahead Joan Mir (30 points), who scored his third top 10 finish of his rookie season so far in Assen, Miguel Oliveira (15) and Francesco Bagnaia (11). In addition, Fabio Quartararo is now also leading the Independent Team rider classification, seven points ahead of Jack Miller (60 points).

With Maverick Viñales and Fabio Quartararo, this is the first time there were at least two Yamaha riders on the podium since the German GP last year with Valentino Rossi and Maverick Viñales. Following the Dutch TT, Yamaha have scored 133 points in the Constructor’s World Championship classification, which is the lowest points accumulated after the opening seven races by Yamaha since 2006 when the Japanese manufacturer had 127 points after the Dutch TT.

Following the Dutch TT, Suzuki have scored 109 points in the Constructor’s World Championship classification. In MotoGP era, 2007 is the only season where Suzuki had scored more points after the opening eight races of the season, with 111 points. Andrea Iannone crossed the line in 10th place in Assen, which is his first top 10 finish since he joined Aprilia this year and his first since he was second in Australia last year.

Alex Rins crashed out at the Dutch TT, which is the first time he failed to score any points (16 successive races) since Germany last year when he crashed on the opening lap. Only two riders have now scored points in all eight of the Moto- GP races in 2019: Danilo Petrucci and Pol Espargaro.

Valentino Rossi crashed out of the race at the Dutch TT, making it the first time he failed to score any points in three successive races he competed in since Japan, Australia and Valencia back in 2011, riding a Ducati.

The only one of the four rookies in the MotoGP class this year to have previously won at the German GP in any of the smaller classes is Joan Mir (2017) in the Moto3 class.

However, fellow rookies Miguel Oliveira and Francesco Bagnaia have stood on the podium at the Sachsenring, both in Moto2 two years ago.

In Assen, Fabio Quartararo (20 years and 71 days old) crossed the line in third, becoming the second-youngest rider to take back-to-back podium finishes in the premier class, behind Marc Marquez, as shown in the table below showing the riders under 21 who did it:

In Germany, Fabio Quatararo, who will be 20 years and 78 days old, will be aiming to become the second-youngest rider to take three successive podium finishes right behind Marc Marquez who was 20 years 77 days old after the 2013 Spanish GP.

In each of the last nine years at the Sachsenring, Marc Marquez has qualified on pole and won the race; 2010 in the 125cc class, 2011 & 2012 in Moto2 and for the last six years in MotoGP At the German GP, Marc Marquez will be aiming to win for the seventh successive time in the premier class at the Sachsenring to equal Valentino Rossi, after missing a first opportunity to reach that milestone in Austin earlier this season:

The FIM Enel MotoE World Cup begins on the 5th to 7th July at the Sachsenring circuit. 18 riders represent 12 teams, and
wildcards are not permitted. There is a single tyre supplier: Michelin. Here is the entry list:

The strength and depth of the MotoE grid can be illustrated by the following facts about the riders lining up, together with the table below:

Seven of the riders on the full-time entry list have previously won Grand Prix races.
Between them, these seven riders have scored 43 Grand Prix race wins; the only rider who has won in the premier class is Sete Gibernau.

The oldest rider is Sete Gibernau, who will be 46 years 204 days old at the opening race of the year in Germany. The other MotoE rider past the age of 35 in Sachsenring are Randy De Puniet (38 years 143 days old) and Alex De Angelis (35 years 131 days old).

The youngest rider on the MotoE entry list is Mattia Casadei, who will be 20 years and five days old when he lines up on the grid.

At the 1950 Belgian GP, Umberto Masetti won the 500cc race, becoming the first rider to reach a race average speed over 100 mph.

20 years ago, at the 1999 British GP, Alex Criville won the 500cc race – his fifth of that season on his way to clinching the title – on what was his 100th start in the premier class, despite injuries sustained in Assen. At the 1982 Belgian GP, Freddie Spencer (20 years 196 days) won the 500cc race becoming the youngest rider to win in the premier class at time; a record hold until the 2013 Americas GP with Marc Marquez (20 years 63 days). That was also the first Honda victory since the Canadian GP 1967.

At the British GP held in Donington, Simon Crafar won the 500cc race, becoming the third rider from New Zealand to win a Grand Prix race in the premier class. At the 1970 Belgian GP, Christian Ravel finished second behind Giacomo Agostini in 500cc, becoming the youngest French rider to stand on the podium until Fabio Quartararo in Catalunya earlier this year.

At the 1980 Belgian GP held in Zolder for the only time, Randy Mamola became the youngest rider to win in the premier class at that time, while another American rider, Freddie Spencer, made his Grand Prix debut. At the same Belgian GP, soon-to-be MotoGP Legend Stefan Dörflinger won the 50cc race, which was the first of his 18 GP wins, seven years after making his GP debut. At the 1958 Belgian GP, Alberto Gandossi won the 125cc race, giving Ducati the first of their 52 wins so far in GP racing. 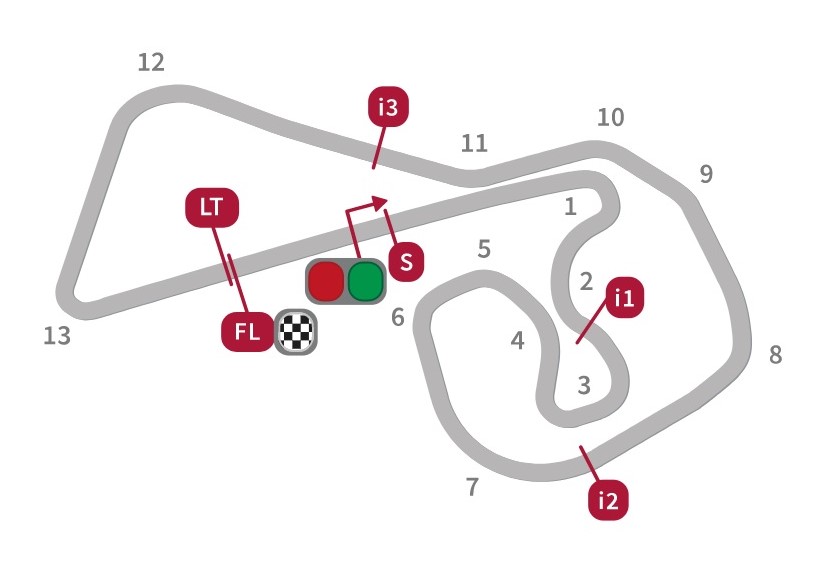 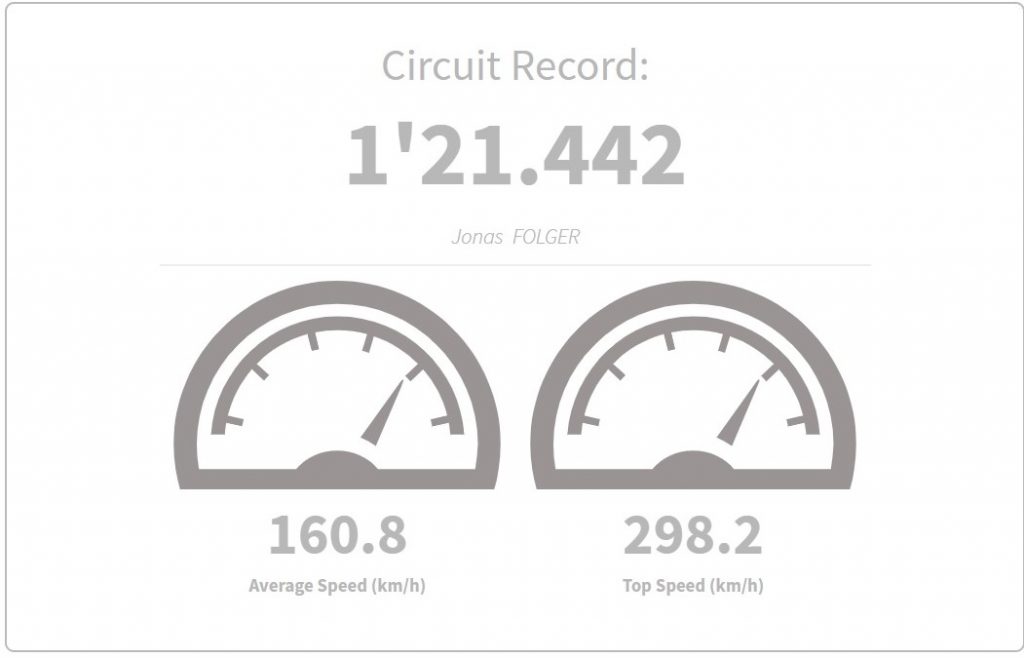 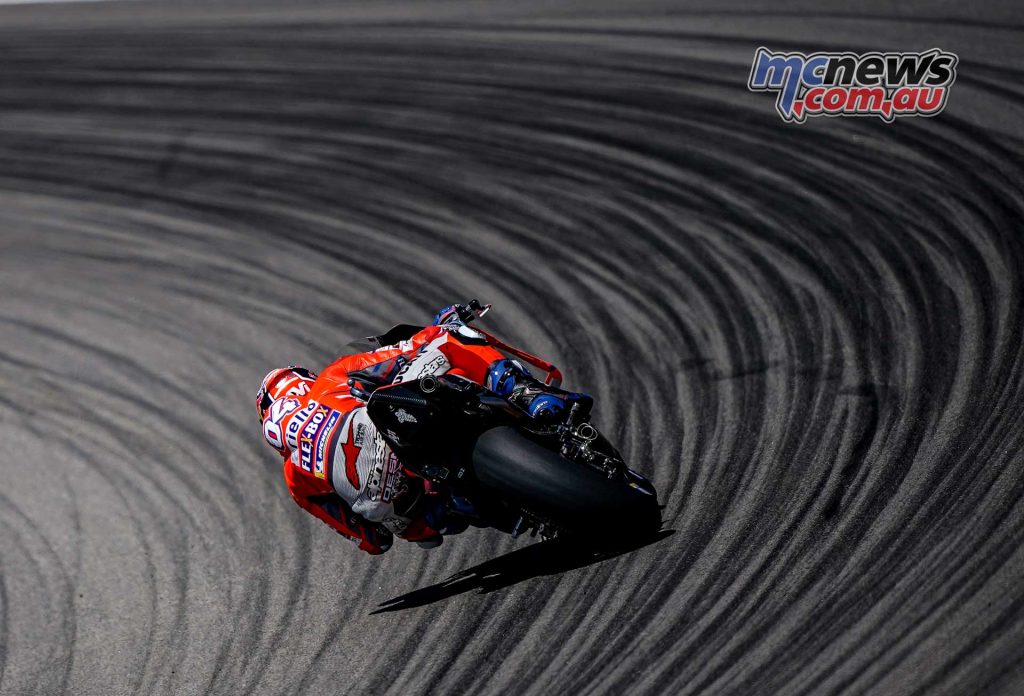 Riders offer final words ahead of German GP getting underway