Day one of the ninety-second running of the FIM International Six Days Enduro (ISDE) in Brive, France saw defending FIM World Trophy team champions the USA run into troubles almost as soon as the event started.

In stark contrast to the disappointing fortunes faced by team USA, France’s FIM World Trophy squad enjoyed a successful opening day, claiming the win despite Loic Larrieu – Yamaha picking up a one-minute time penalty at the end of the day.

“Today was a good day for me and team France. It was a long, dusty day. The first day of the ISDE is always strange, with riders from all countries mixed together. Like all competitors, I caught some slower riders on some tests, but generally all was ok for me. It’s disappointing that the USA lost one of their riders, but it can happen to any team. We have to keep pushing, but make sure we don’t make any mistakes in the days to come. It’s going to be a tough event, that’s for certain.”

One of the stand out performances of the opening day was Finland’s runner-up result in the World Trophy class. With former Enduro World Championship regular Matti Seistola – KTM coming out of semi-retirement to compete for Finland, the Finns placed twenty-six seconds ahead of Australia in third. 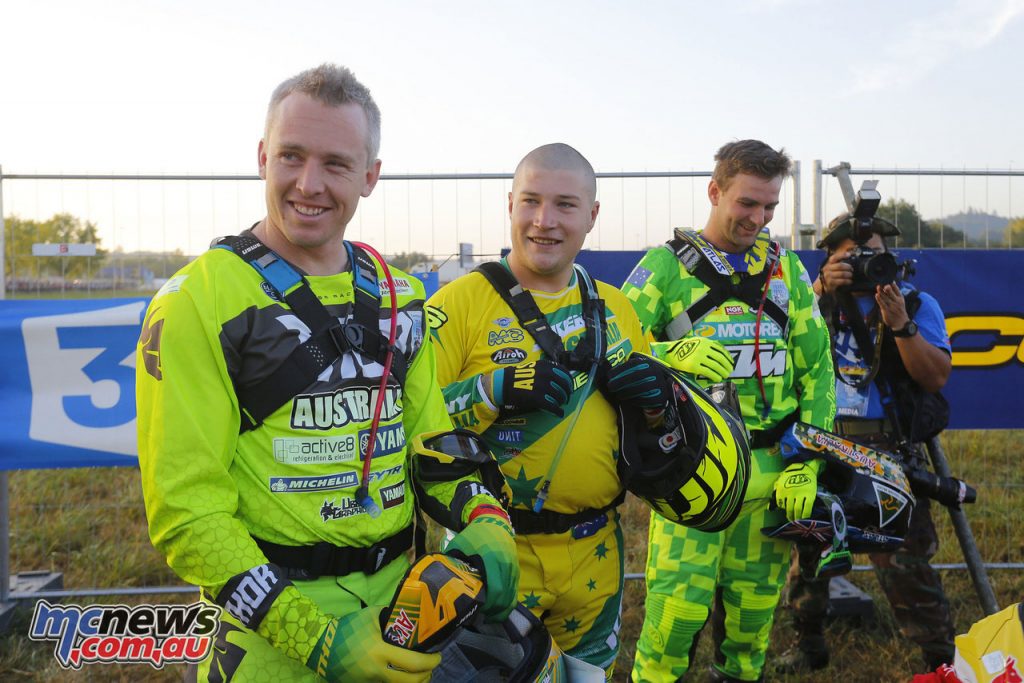 Spain placed fourth, despite their Enduro 1 class rider Josep Garcia – KTM enduring an eventful day with numerous crashes. Portugal ended the day in fifth ahead of Sweden, the United Kingdom, the Netherlands, the Czech Republic with Brazil rounding out the top ten.

Three World Trophy teams saw one of their riders’ fail to reach the finish of day one – USA, Chile and Japan.

Sweden got the defence of their FIM Junior World Trophy title off to the best possible start by topping the opening day – twenty-eight seconds ahead of Italy – helped by an impressive performance by Albin Elowson – Husqvarna.

Italy showed that they are more than capable of claiming victory in the Junior World Trophy class, as did France who placed less than four-seconds behind the Italian trio.

The fourth team to place less than one-minute apart at the head of the Junior World Trophy category was the USA, fifty-three seconds behind winners Sweden.

Helped by the performance of Laia Sanz – KTM, Spain have taken an early lead in the FIM Women’s World Trophy category. Some forty-two seconds ahead of defending champions Australia, Spain will have to keep their focus as they head into the second day of competition if they are to stay ahead of the experienced Australian trio. The USA placed third, France fourth with Sweden fifth.

In the Enduro 1 category Tarroux was the day’s fastest rider, finishing ahead of Italians Davide Guarneri – Honda and Davide Soreca – Honda.