Danilo Petrucci has officially been announced as Factory Ducati Corse rider from 2019 replacing Jorge Lorenzo – who had not long just been confirmed Repsol Honda’s number two rider after the recent news of Dani Pedrosa’s exit from Repsol Honda after a checkered 13 seasons with the team.

There has been lots of speculation leading up to and post Mugello as to which rider would likely take Lorenzo’s place in the event that he were to part ways with Ducati Corse. Various names were speculated upon with Petrucci and Miller being firm favorites for the sort-after factory ride. Both racers are currently riding for Ducati Satellite team Alma Pramac Racing. Danilo has signed a one year deal which will see him race for the factory team from 2019.

Here is what Danilo had to say: 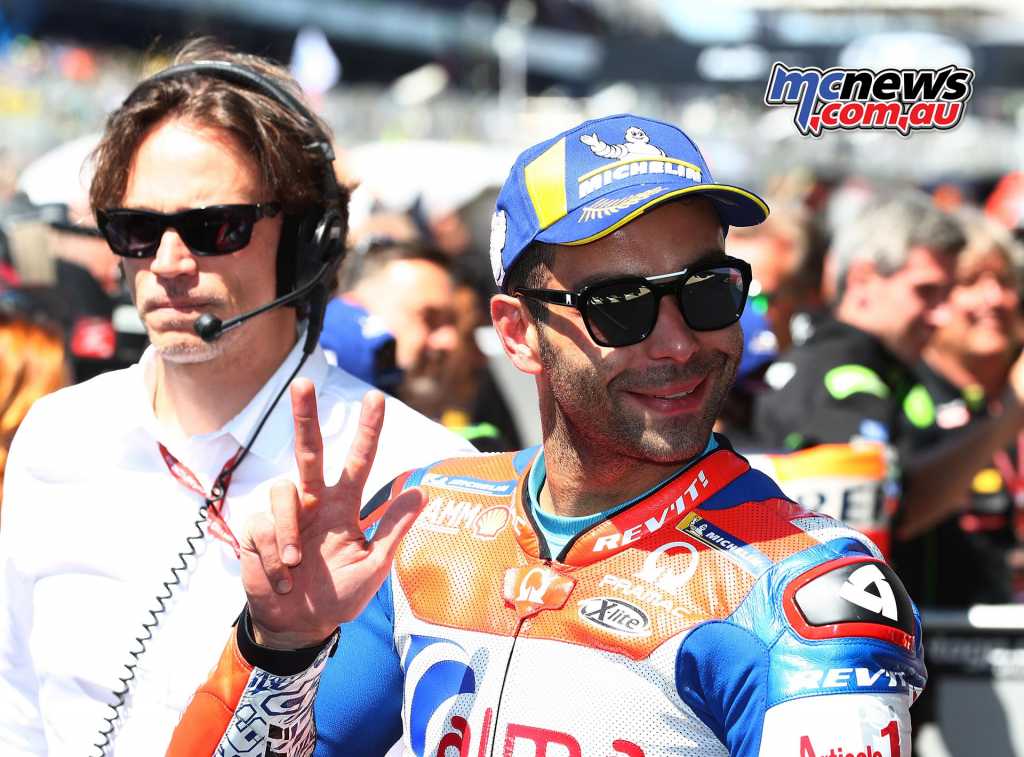 “It goes without saying that for me, being part of the factory team is a dream come true,” said Danilo Petrucci. “It’s a great honour to become an official rider for the Ducati Team, especially for someone like me who started in Ducati as a production motorcycle test rider. First of all I would like to thank Paolo Campinoti and Francesco Guidotti, who gave me the chance four years ago to race on a Ducati for the Pramac Racing Team. Without them all this would not have been possible. I also want to thank the managers of Ducati and Ducati Corse – Claudio Domenicali, Gigi Dall’Igna and Paolo Ciabatti – who appreciated me first as a person and then as a rider and I really can’t wait to start this new adventure in the factory team. Now all I want to do is to finish the year in the top five in the standings and then start the new season with the Ducati Team.”

“First of all I’d like to thank Jorge Lorenzo for all the efforts and commitment that he has made during his time as a Ducati rider and in particular for his outstanding victory last Sunday at Mugello, which will go down in history as one of our company’s legendary racing achievements. Jorge is a great champion, capable of incredible feats, and even though it is sad that he took such a long time to find the right feeling with our bike, we will continue to do everything possible to put him in a position to achieve further victories in the remaining rounds of the season and fight for the world title together with his team-mate Andrea Dovizioso. I wish to give a warm welcome to Danilo, whom we look forward to seeing in Ducati Team colours next year, together with Andrea, and who we feel sure will continue his rapid rise to success.”

The 27 year old from Terni and 6 time MotoGP podium finisher spent four competitive seasons with Pramac Ducati and will now race alongside his fellow Italian Andrea Dovizioso, who was recently confirmed for two more seasons with the factory Ducati team.