Team Australia have announced an impressive line-up of riders for the International Challenge at next year’s 2020 International Island Classic, which will be held at Phillip Island over the January 24-26 weekend.

Reliable intel suggests an American team with even more firepower than 2019 is in the works, so defending International Challenge champion Australia has left nothing to chance by including a cavalcade of champions on its 2020 roster.

Martin, who defeated Morris on a countback in 2019 to win the Ken Wootton Memorial Trophy for the highest individual scorer, says that to win the International Challenge trophy you’ve got, “to ride it like you stole it!”.

“Winning the 2019 International Challenge is something I’m so proud of, and to continue racing against some of the biggest names in history at the event sparks my passion. The best part is it’s a different rider and bike combo that seems to come to the fore each year, so everyone’s a threat. I’m really starting to get the goose bumps as we close in on 2020 because every year it gets just that bit tougher. And I just love the event where people can get up nice and close to the bikes and are free to wander through the pits.”

As well as the speed and consistency of Martin, his teammates also share plenty of International Challenge highlights. Johnson was the dominant force in 2018 and arrives at Phillip Island off the back of victory in the Superbike Classic TT in August at the Isle of Man, podiums in the Macau GP last week and a Superstock TT podium at the Isle of Man TT in June.

Metcher is also well-qualified at Phillip Island, winning the International Challenge crown in 2016 (with the UK’s Jeremy McWilliams); and Giles took the Ken Wootton award in 2013 and 2014 (again sharing the title with McWilliams).

Phillis, Beaton, Donald, Ditchburn, Webster and Allen are also long-time Aussie Island Classic campaigners and have contributed greatly to the local team’s success in the 15 years of the championship.

Australia has claimed the title 12 times and the UK has landed the crown thrice in that period. Line-ups from America and the United Kingdom will be unveiled in the coming week. 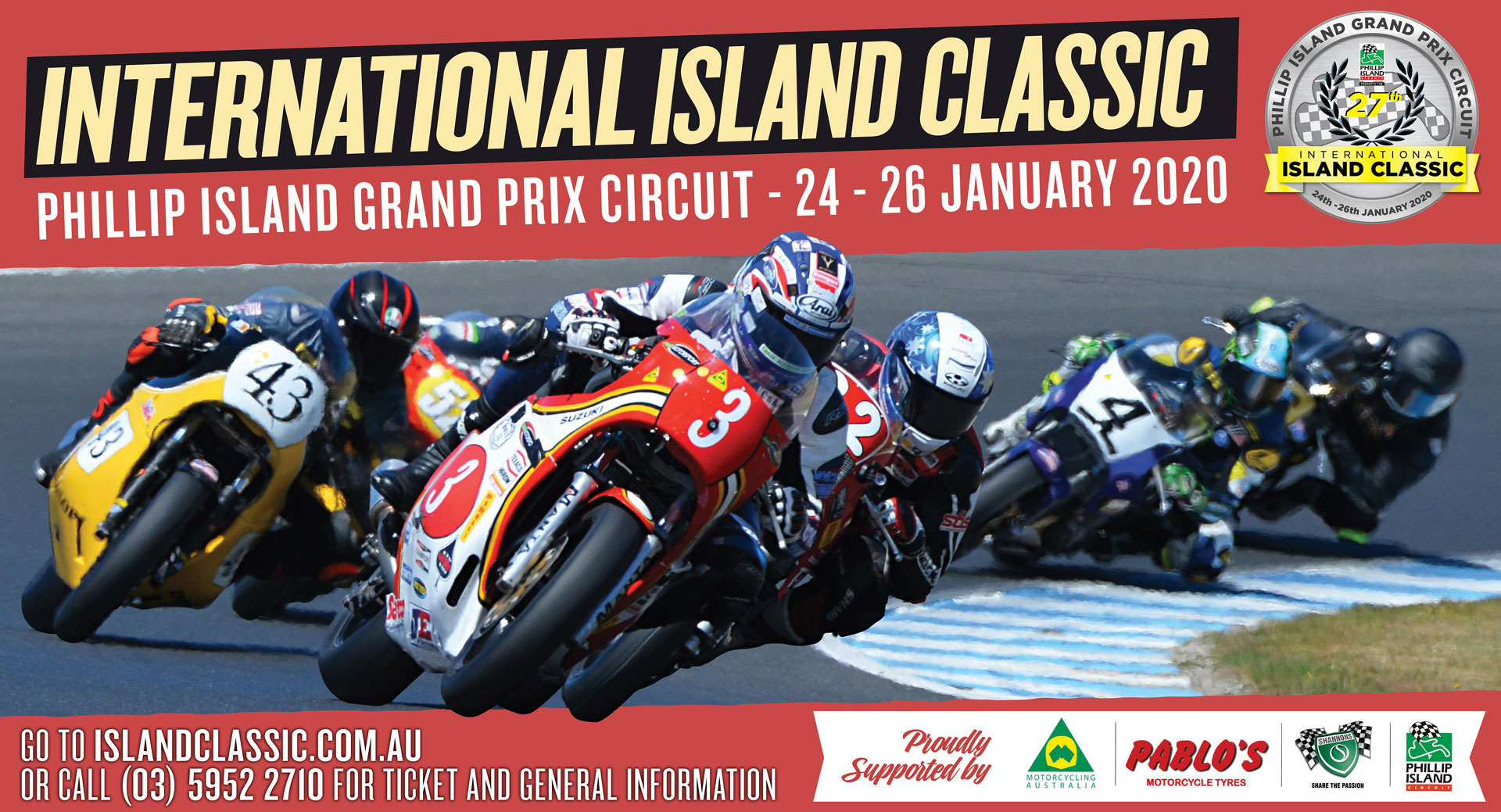 In total, 400 solo bikes will take to the 4.445km Phillip Island circuit over the three days, where each class will be decided after one qualifying session and four races; and the Phil Irving Trophy will be the rider who scores the highest points in non-International Challenge events.

Qualifying begins Friday for all classes, followed by a full program of racing on Saturday and Sunday. To book tickets and on-circuit camping for an affordable Australian Day long-weekend away at the International Island Classic go to www.islandclassic.com.au (link)

Giacomo Agostini opens his own museum in Bergamo

Gallery A from Winton ASBK Testing