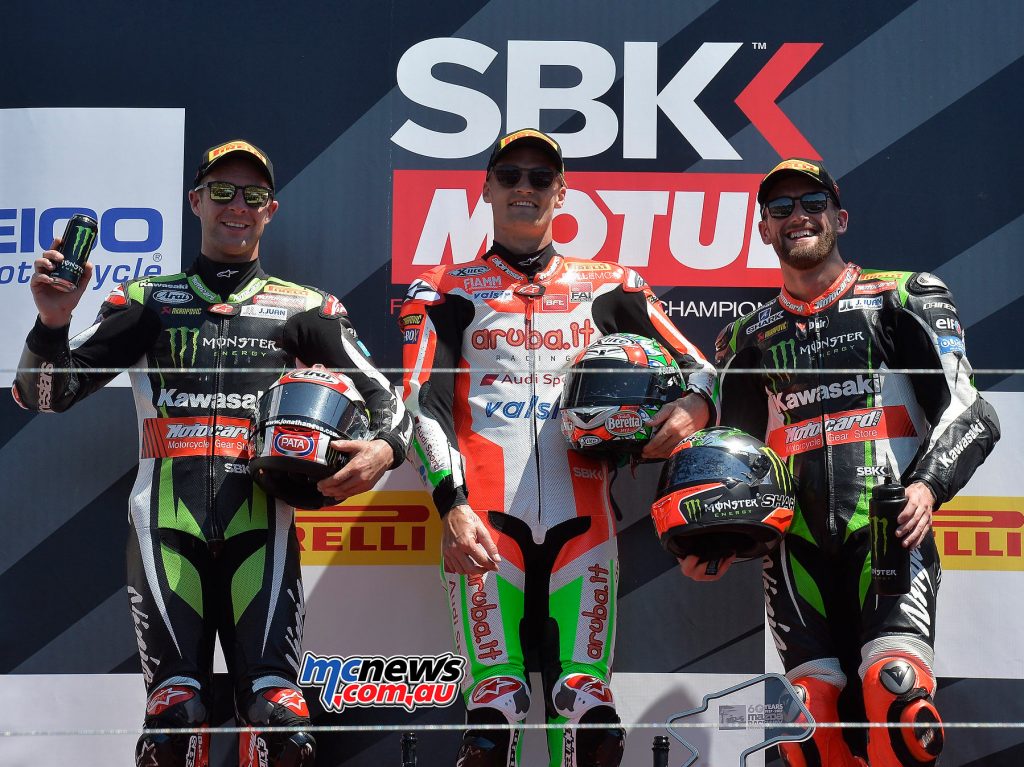 The leading three could not be caught by the rest of the field as they charged away at the head of the race over the opening laps, with Davies and Rea pulling away from pole man Sykes in the final third of the race. With Rea right on his tail Davies held his nerve over the last few laps to notch a superb Race 1 win as he put his back and thumb injuries from Round 7 firmly behind him.

Davies celebrated the win by holding up a number 69 flag in tribute to the late Nicky Hayden, following the tragic recent passing of the Kentucky Kid.

The Ducati rider’s final winning margin over Rea was 1.2s, with Sykes a further +4.596s behind his Northern Irish colleague in third place. 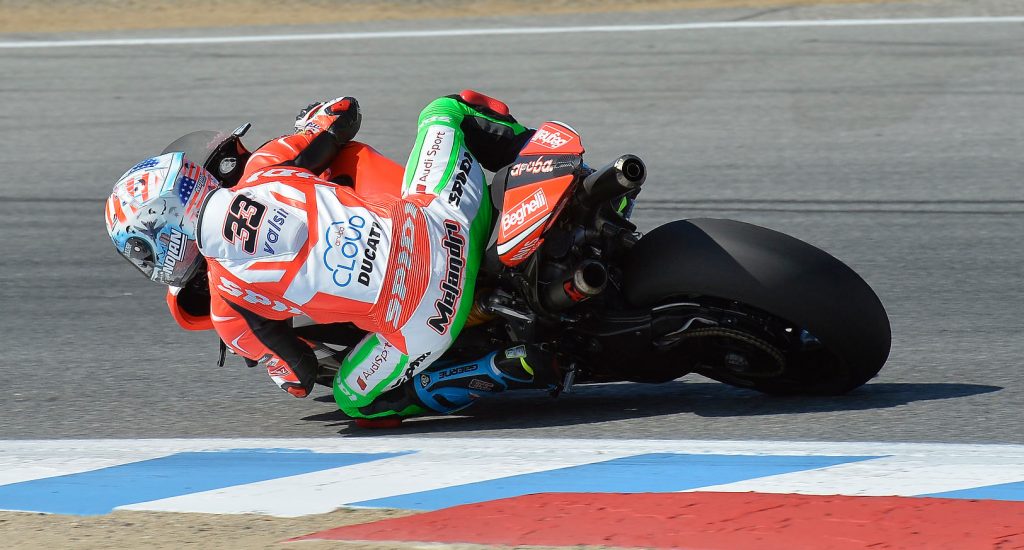 After 25 exciting laps of the Laguna Seca track Marco Melandri (Aruba.it Racing – Ducati) crossed the line in fourth, with Xavi Fores (BARNI Racing Team) close behind him in fifth.

A special mention must go to Jake Gagne who got a chance to ride for the Red Bull Honda World Superbike Team, the American scoring a point to give the home fans something to cheer as they also fondly paid their own tributes to former Honda man Hayden.

It was not a great day for Alex Lowes (Pata Yamaha Official WorldSBK Team) or Eugene Laverty (Milwaukee Aprilia) as they both crashed out, but they will each get a chance to make amends on Sunday.

Indeed on Sunday at the #USWorldSBK round Race 2 will take place at 2pm local time (GMT -7) at Mazda Raceway Laguna Seca.

“This is one of my most important victories, its not eay turning up here after the recovery, To come and fight for the victory was a highlight, I wouldn’t be here if i couldn’t fight. It was a tough race, the surface was slippery and I could see it wasn’t easy for the Kawasaki boys. It was also really important for me to dedicate this to Nicky Hayden.” 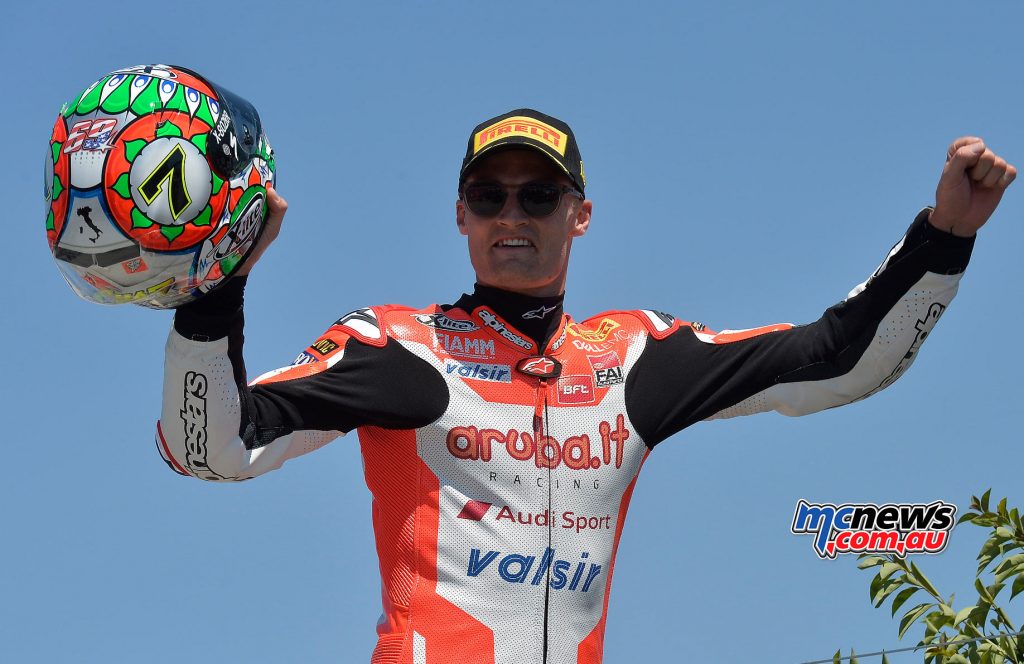 “It was a good race, we tried our best today and there’s not too much need to work on, our bike worked well. The grip was good, I need to change the weight of the bike to help with the engine traction, there’s some work to do tonight, but congratulations to Chaz. Happy with our job and I’m sure we can make some small improvements tomorrow.” 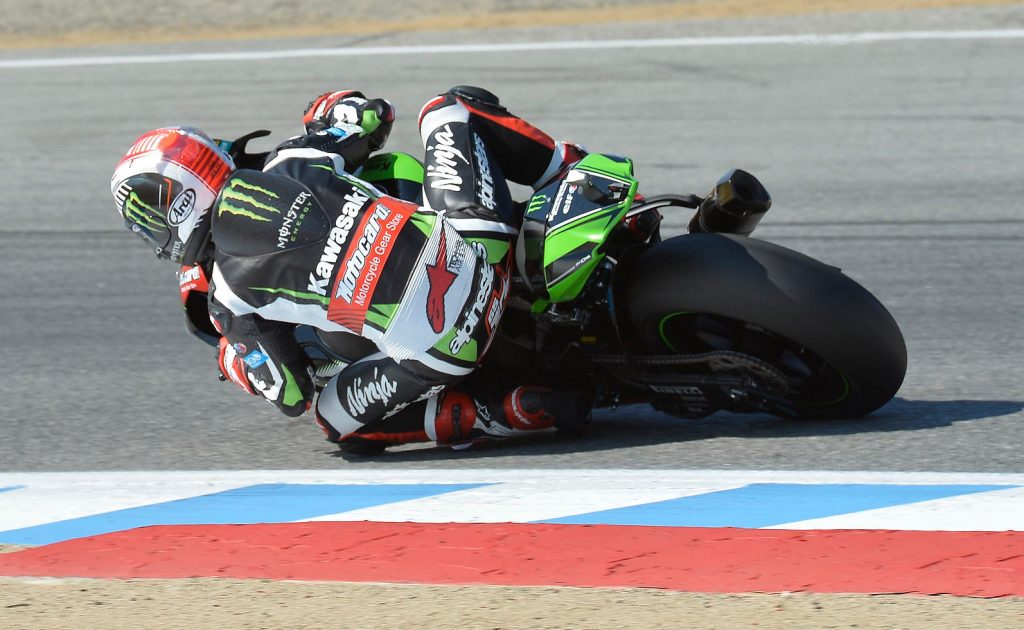 “We had a good start and a good first half of the race but I suffered with rear traction on entry. I’m disappointed with that, but we managed to salvage a podium. Tomorrow we will need to make a small improvement to work on a couple of areas. Disappointed to give away on some points, but thats racing. From half race distance onwards we didnt have what was needed to take the fight to the other guys.”

Championship Standings after Race 1, Round 8