Day five saw a later start than normal, my thinking was to allow the local kangaroo population to find their beds before I hit the road around 0900.

There were still kangaroos around but the numbers were much less than the previous evening. Fresh kangaroo corpses littered the road from overnight vehicle strikes, suggesting my late start reasoning had been sound. A few freshly dead wild pigs were also evident.

While most of the roos were in bed, there were still plenty of emus, which at this time of year have fresh young. In contrast to most animals, it is the male of the species that incubates the eggs, while mum clears off to find another mate. It is the male emu that also has the sole duty to raise the chicks, which largely never get to meet their mum.

The emus in NSW must go to better schools than those in WA, as the ones I encountered today seemed to have some idea that it is wise to largely stay off the road. The majority of my experiences on the other side of the country has seen them decide to run alongside the road in the same direction my motorcycle has been travelling, before then darting across the road in front of me with an agility that defies belief.

I blew through Dirranbandi before zigzagging my way south past Lightning Ride, home to the world’s largest deposit of black opal, before refuelling both myself and the R 1200 GS Rallye X in Walgett. There was also still the odd kangaroo around to keep me on my toes. As I headed south there was much less attention that had been paid to keeping the roadside verges clear of vegetation, making spotting wildlide a harder chore than in the more northern regions.

The scenery started changing again at Coonamble, which looked to have enjoyed reasonable winter rains as the countryside became much greener from hereon in.

I continued my run south via Gilgandra before refuelling in Dubbo. I ventured further south through Wellington and Molong before things started getting really green and the roads much more interesting. Plenty of canola fields leant their yellow hue to the darkening landscape around Canowindra.

Through here the ESA worked wonderfully, ironing out the big hits with its instant responses and allowing the GS to scythe through the bends beautifully. It took some restraint to not let that Boxer torque have its full 125Nm head at 6500rpm through here. That restaint may have escaped me a few times…

The Anakee III rubber I had fitted in Palm Cove works well on the GS. I know for a fact that, by design, this latest generation Anakee has a vastly superior steering profile to its predecessor, with none of that rapid falling over the shoulder feel that Anakee II produced.

It was through this section I was also reminded just how sweetly the big GS can be piloted through bends, despite the longer suspension travel of this Rallye X model. The ESA suspension on the Rallye X is harder sprung than the regular GS, thus not quite as sumptuous, but the marvels of this ‘Next Generation’ ESA still ensures the bike remains composed and the rider comfortable. Overall, I prefer it to the ESA found on the other versions of the GS. It feels more exacting, more precise. In ‘Road’ mode it strikes a lovely balance between sport and comfort, while the more sporting ‘Dynamic’ mode is best reserved for when you really are having a red hot crack.

BMW also include the Enduro Pro plug with the Rallye X. Which, when fitted, allows more liberal off-road modes of traction control and ABS, including the ability to deactivate the rear ABS while retaining the electronic control on the front. ABS and traction control can also be activated and deactivated on the fly. While setting up for a turn where I know I want to exit said corner with the front wheel in the air, I can turn it off on the fly without even looking at the controls, and then easily turn it on again once the front wheel returns to terra firma. Perfect.

The Lachlan Valley Way then carried me through to Cowra and into to Boorowa where I again refuelled the GS while also taking the opportunity to add the thermal layer into my BMW StreetGuard suit. I thoroughly doubt it will be removed again this trip.

It was now very much dusk and complete darkness was not far away, thus I took the opportunity for the final photo of the day outside the Boorowa courthouse.

It was fully dark not far south of Boorowa and I waved a hay truck past me. My thinking was that while the hay truck would certainly be no good for hay fever, and it wasn’t, it would serve as a useful roo bar and also light the roadside and way ahead much better with its phalanx of lights. The headlights on the GS are actually pretty good, but the thickness of the roadside vegetation made spotting wildlife very hard indeed.

Tagging on behind a coopoerative truck driver is a trick I have used many times over the years. I once spent many hours behind the one truck on my Phillip Island to Perth in 41 hours gambit a decade earlier astride a Honda Fireblade. It pays to let the driver know you are there and keep in his mirrors, which also allows you to see around the truck most of the time and thus benefit from his vastly superior spread of light to help alert you to dangers ahead. Most drivers will also quickly flash their brake lights to warn you of any hazards in the road ahead so you can button right off and keep your distance until that danger has passed. Of course there is the risk that the truck can still have something go under its wheels and be spat back out at you, but you weigh your options and decide which option is the best for any given scenario. In this scenario I deemed that tagging onto the back of the truck was the method of choice. 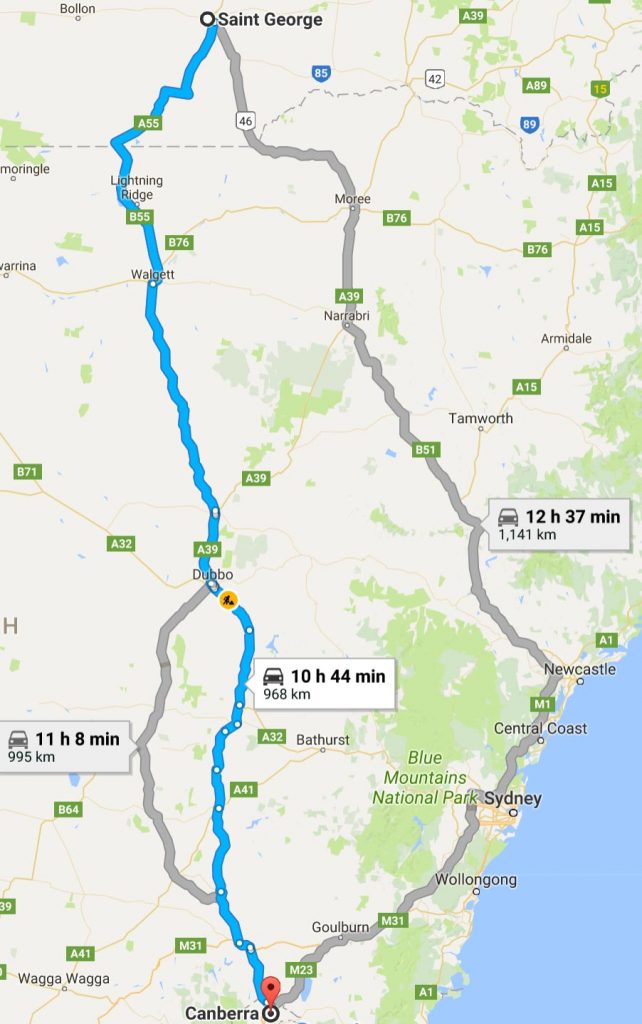 I waved thanks to the truckie as I passed him near Yass as we hit the roads more travelled and thus the dangers of wildlife strikes lessened. I rolled into Canberra around 1930 after a 1000km day. I took the opportunity to catch up with an old Defence Force buddy that is now stationed in the nation’s capital so a few beers were had but overall a relatively quiet night before an early start on Tuesday morning to write this report on day five of the adventure.

Day six will see me break out of Canberra with the temperature just above zero and head south towards Cooma and into Bombala, before then turning south-west via Cann River, Orbost, Bairnsdale and Sale before my final destination of Wilsons Promontory. Thus completing the trek from the northernmost point of Australia to the southernmost point of the mainland.

WorldSBK returns to Lausitzring | Rea in the lead

Billy Van Eerde claims a P8 at Aragon despite crashes

Lightweight TT category gets a shake up for 2021