Of course BMW currently has the very impressive K1600 line-up of touring motorcycles, and the likes of Benelli turned out six-cylinder motorcycles as far back as 1973 with the original Benelli Sei, the first production road going model to utilise six-cylinders.

And then of course there was the incredible V6 Laverda endurance racer! Just look at that beautiful bank of six Dell’Orto carbuerettors nestled in that 90-degree vee. Art!

Many though forget the muscularly handsome Kawasaki KZ1300 that was released in 1979.

It looked tough, with a sculpted modern style to its crankcases and cylinder block which, thanks to water-cooling, was notable at the time for its absence of cooling fins.

The shaft-driven beast tipped the scales on the wrong side of 300 kg but found many followers during its ten-year production run. It also had a spin-off touring variant known as the Voyager.

Power from the original 1286cc engine was a claimed 120 hp at 8000 rpm with 116 Nm of torque peaking at 6000 rpm. The engine was of an undersquare configuration with the 71 mm stroke much longer than the 62 mm wide bore size, to help reduce the width of the engine and boost torque.

The first model years saw the DOHC 12-valve engine fed by three Mikuni 32 mm CV twin-throat carburettors before Kawasaki then switched to fuel-injection in 1983. With EFI came an increase in power to 130 ponies.

UK tuner Allen Millyard also made a V12 version of the Z1300 by mating two of the six-cylinder donks to make a 70-degree V12! Give me some of the drugs that man is on! A bit of his engineering brilliance wouldn’t go astray either…. We have included a video of the Millyard V-12 further below also.

In an earlier column for MCNews.com.au Phil Hall reflected on the efforts to race the Z1300 in Australia that we also include here. Back in those days if the company made it, then the company ensured someone raced it!

One was to be ridden by the Kiwi ace, Graeme Crosby and the other by one of the Blanco brothers (sorry, I can’t remember which one). However, after the first practice session, Croz returned the bike to the pits, jumped off and threw the bike against the wall of the tent, muttering in terms that were undeniable in their meaning and unrepeatable here that he wasn’t going to ride that *&&^%^%$ thing.

With numerous Honda CBX’s still entered and circulating, it was vital for Kawasaki to find a good rider to replace him, and find one they did. The by-now legendary Kawasaki stalwart, Gary Thomas was drafted in and quite unwittingly helped to tell one of the great Bathurst stories.

The Production Race soon became a brawl between Thomas on the amazing six and Honda’s trump card, Tony Hatton on a more conventional CB900/4 Bol d ‘Or.

Rumours and protestations continue to this day concerning the legality of Hatton’s mount but, that aside, the race was a cracker. Against all the odds, Thommo took it to Hatton and made old 55 pull out every bit of skill and daring that he possessed.

Gary was blindingly fast on the two long Bathurst straights aboard the Kawasaki, leaving Hatton in his wake. But, over the top of the mountain in the twisty bits, Hatton regained the ascendency as the Kawasaki added lightness by grinding large parts of its undercarriage away on the unforgiving track surface.

Hatton, cagey devil that he was (still is), waited till the end and, knowing that the big heavy K was running out of brakes at the end of Conrod Straight, he pulled out and executed the perfect inside pass and won the sprint to the line.

It was an amazing race and prompted the Crawford brothers to use the bikes again in further races, but never with the success that Thomas had achieved that day.

Kawasaki sold over 20,000 of the Z1300 variant over the ten-year production run of the model. Kawasaki Australia living legend Murray Sayle told us that, from memory, the model only had a three-year run in the Australian market.

This video below demonstrates the unique sound of the Z1300, which differs greatly from that emitted from Honda’s air-cooled CBX. Enjoy.

Features Trevor Hedge - September 16, 2014
Six-Cylinder motorcycles revisited Part One - By Phil Hall When I went to school “six of the best: meant a trip to the principal’s office for...
Read more

Motorcycle News Motorcycle News - January 16, 2020
Video Of The Week The unique beat of a cross-plane crank four visualised Introduced in 2009 with the RN22 YZF-R1 and then redesigned in 2015 with...
Read more

Video Of The Week | The rise and fall of Buell Motorcycles

Motorcycle News Motorcycle News - January 9, 2020
Video Of The Week History of Buell An Oxymoron of a Motorcycle brand As bizarre and quirky as Buell Motorcycles are, I've always warmed to some of...
Read more

Motorcycle News Ryan - January 1, 2020
Video Of The Week Agghh spongy brakes!! We've all been there, need I say anymore..... Video Of The Week highlights one random man on the Internets' journey...
Read more

Video Of The Week | Rutter V4 Speciale at the IOM

Motorcycle News Motorcycle News - December 26, 2019
Video Of The Week Regular day at the office for Michael Rutter  We've all seen some of the great on board footage from the Isle of...
Read more
Load more 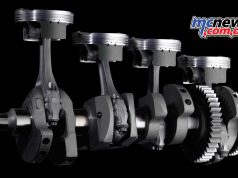 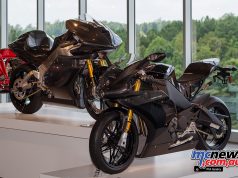 Video Of The Week | The rise and fall of Buell Motorcycles 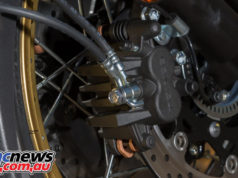