Kawasaki have unveiled the official KRT FIM Superbike World Championship machinery and graphics package at the team launch in Barcelona, as the team prepares to head on-track as action resumes at Phillip Island at the end of the month.

With winter testing in Europe now complete – in the usual monochrome winter tests colours – Jonathan Rea finally presented his new leathers at the team launch. He answered the question of how it feels to face another season laden with opportunities.

“We have had a solid pre-season where I felt fast and consistent and the target is to win another championship – for the team, Kawasaki and myself. Tonight is the start of another great year together. This is the time when it all becomes real and it is really fitting to do it in our team workshop where all the hard work goes in preparing our bike and our season. It has been particularly nice to do it in front of many of our sponsors and the family and friend of our mechanics. Not long until the season starts now!”

WorldSBK race winner and former BSB Champion Alex Lowes was also excited to be unveiling the 2020 package, joining the ‘Green Team’ for the new season.

“I have been with the team for a few months now but we have had the chance to show our supporters and sponsors the final colours for our championship challenge tonight. It has been great to be part of this team and it was really nice to be seen in Kawasaki green for the first time. This has been a fantastic event, especially with all the team here in their own regular working environment. After this, it is down to Australia for the first race of the season.”

KRT Team Manager Guim Roda confirmed that he and his staff were motivated as ever. Not to mention very and proud to be able to have all the team’s partners and supporters made welcome in his literal home environment.

“For the 2020 season, we decided to make the team launch in our KRT headquarters because we have improved our workshop environment and we wanted to show our friends and sponsors the place we work from to make all the racing activities for KRT in WorldSBK. This is a magic moment in which all the staff were involved, each one helping make this the most attractive launch possible. We have in the next months a very hard job to do, because expectations – again – are so high and this do not allow us to have big margin to not keep winning. To win is a result of the job well done. To make good job it is very important to have the correct working environment to make the job in the best way possible. Today we hosted the team launch from the base we want to keep making WorldSBK history from with our riders Rea and Lowes.”

As the team now packs up for the first of the 13-rounds that will make up the 2020 season, the first official WorldSBK test will take place at Phillip Island, on Monday 24 and Tuesday 25 February. Race weekend in Australia will start on Friday 28 February and finish on Sunday, the first day of March.

WSBK Motorcycle News - February 18, 2020
Rea leads BlazeAid bushfire auction Ahead of the 2020 season-opening Yamaha Finance round of the... 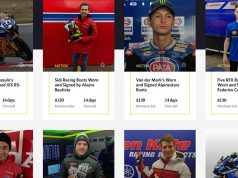 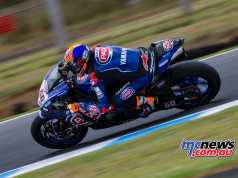