It’s 6am on a weekday. I don’t need to be in the office for another three hours but I’m not in bed. I’m already on the bike and heading to meet our ad-man Todd Sutherland. We’re both riding Yamaha MT-03s, which we had already recently tested.

But why on earth are we up so early when we’re not meeting our photographer until 9am? We’re up at early o’clock because the roads are empty and we can have some fun before work starts. Think of it as a supercharged commute – except there’s precious little traffic to get in the way of the fun.

Maybe I should back up a bit here and explain what took us away from our cosy beds at this hour. When the MT-03 was initially kicking around the office for our ‘first ride’ test, we were surprised to notice that the key to the little twin-cylinder naked was taken before any of the others.

For some reason, the LAMS machine was getting picked in preference to a full-on litre-class sports bike as well as a trail bike and a supermoto. I put this down to Todd to start with… thinking the smaller machine would more readily fit his ‘compact’ proportions. As much as this thought amused me (and still does I must admit), it turned out not to be the case.

You see, it seems Yamaha has managed to distill the essence of fun into a rather small and well formed package in the MT-03. Ok, so the 321cc naked isn’t going to set any records for power and speed but it does have a bit of pep and the chassis offers accurate and light steering. Even Jock, at 6′ 3”, couldn’t resist the little blighter and readily indulged a little bend-swinging on his way to the dairy and back to get the Tim-Tams for our morning smoko.

There are precious few bikes that everyone in the team can agree on. Todd loves sports bikes, whereas Jock think’s they’re too cramped but is fascinated by their brakes. Both Sam and Jock are partial to lean and mean dirt bikes. Vege likes… well, actually, let’s not pause on what Vege likes.

Me? Everything from dirt bikes to tourers and most things in between. This normally means there’s a bike for everyone’s tastes and nobody is left without the bike they want to ride. The MT-03 is the one bike that we all seem to agree on – something of a rarity.

The bike-buying public is just as enamoured with the MT-03, it’s one of the best selling machine in Yamaha’s range. So what is it that makes the little Yamaha LAMS-compliant machine so popular? While you might expect the popularity to be with learners (it is LAMS afterall), that’s not the case. The MT-03 has proved popular with experience riders too – both young and old.

From a learner’s perspective the Yamaha is small enough that it’s easy to handle, both when moving the bike around when parking and starting and stopping in traffic. The bike’s lack of weight (168kg fully fuelled and ready to go) helps here too. A modest power output of 41hp from the little parallel-twin isn’t too much that it’s intimidating, no matter how hard the engine is revved or how far the throttle is opened.

For a commuter, the ability to nip in and out of traffic and get through small gaps is, arguably, one of the most sought after attributes in a bike. Add to that a smattering of comfort along with low fuel consumption and tyre wear, and the you’ve got the commuter rider covered.

Averaging around 3-3.5 litres/100km from the 321cc motor and with the aforementioned modest power output not accelerating tyre wear, the MT-03 ticks all of those boxes. Of course, all of the above are relevant in one way or another to most riders.

But the fact of the matter with the MT-03 is that all of the above attributes combine into one bike that’s also just plain fun. And, to my mind at least, that’s what motorcycling is about. A fun and enjoyable experience. It’s just the MT-03 is more fun than most.

By far the funniest ride I’ve been a part of was at the recent launch of the Yamaha MT-10 but it wasn’t the headline bike that had us giggling. After a day in the hills east of the Sunshine Coast riding this big, fast, powerful and, in comparison to the MT-03, very heavy bike, it was a blast when the we all took MT-03s for the race to get to the airport on time.

It was racing tucks, slip-streaming and knife-edged gear changes all the way back. Of course, it’s not just an MT-03 on which you can experience this phenomenon. Most smaller capacity machines give greater riding satisfaction at lower speeds than bigger, faster machines. Just ask anyone who grew up riding a moped or 125cc machine.

Every km/h was earned by balancing revs and gears to get the most out of the engine. Let the revs drop too much and you were in a hole in the power that the engine would struggle to climb out of, so you’d need to drop a gear to pick the revs back up. Dancing on the gear lever to juggle revs and gears was everyday life on a small capacity two-stroke.

While bikes like the MT-03 have far more mid-range torque than a 125cc two-stroke, they still benefit from keeping the revs up to keep the power in the sweet-spot. So, back to where we came in. Todd and I have got the roads to ourselves at 6am. Darting through bends and letting the engines scream as the revs rise while still, mostly, barely touching speeds which would cause an officer of the law to raise an eyebrow is hilarious.

Hitting 100km/h has rarely been as much fun. On most bikes 100km/h is something to not try to exceed but on the MT-03, on a twisty road, it’s something of a well-achieved target. Stopping briefly to decide where we’re going next, we both talk excitedly about slip-streaming each other to overtake on some stretch of seal, and it all seems to boil down to the fact we’re riding smaller bikes.

These are bikes you can ride reasonably hard without scaring yourself or putting your license in danger, while still having a heap of fun. And that floats my boat every time.

‘Power corrupts and absolute power corrupts absolutely’ is a phase that transfers well to motorcycling. We’ve all seen the guy on the 1000cc sports bike that really hasn’t got a clue what he’s doing in the corners but is happy to ‘show his skill’ down the straights. While it might raise a wry smile, the sad thing is he’s missing out.

We shouldn’t belittle him. Be the bigger man, or woman. Hold back the sneer as he struts past, chest puffed out in his top of the line leathers and $1000-plus helmet. He may well not have set out to be a poser but has simply been ‘corrupted’. Moving up to a bigger and better bike isn’t always the best progression for a rider.

Smaller bikes have a heap to offer and if a rider opts for a bigger bike early on it is all to easy to never find out exactly how much fun and good for your riding they can be.The first, and most obvious, advantage is smaller bikes weigh less, which comes with its own advantages.

Smaller bikes are more maneuverable in the car park, moving around in the shed and keeping off the ground when you make that embarrassing slow speed error. Surprisingly bikes also behave a lot differently when just the crankshafts, pistons and bores are smaller. Put simply, you can get away with more on smaller bikes and sometimes that can make a world of difference.

Running a little wide on a regular basis? Often on a smaller bike you can make changes mid-turn that you simply can’t on a bigger machine.I remember riding with some experienced guys on gravel roads. Most of them were on bigger adventure-style machines. The small Yamaha Scorpa road bike I was on made me look better than I was and taught me a bunch at the same time.

It wasn’t a race but, running into turns with the bigger bikes, it was obvious the other riders had to brake that much earlier because of their weight and because they needed a much bigger margin for error. If they suddenly found the turn was tighter than they’d thought, knocking off 5km/h quickly would have been quite the undertaking.

On the wee 225? A doddle. No one was setting any records on the straight bits, which with plod around isn’t good for your license anyway, so I never felt at any disadvantage. When one of these experienced guys swapped bikes with me, we didn’t see which way he went.

Riding both bikes I know the power of the bigger machine was great but I also know which I was having more fun on.There is a great temptation to ‘get a real bike’ after you have graduated from your learner license.

Unless you want to carry a pillion or a lot of luggage for long trips, try and hold out and give yourself a bit more time. With great power comes great responsibility (and consequences). Corrupting yourself too early in your motorcycling is often to the detriment of your riding. 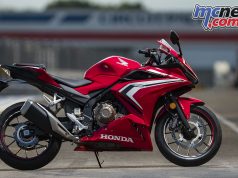 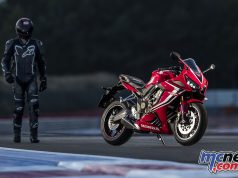 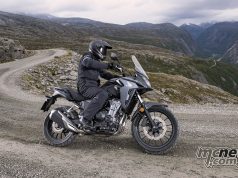